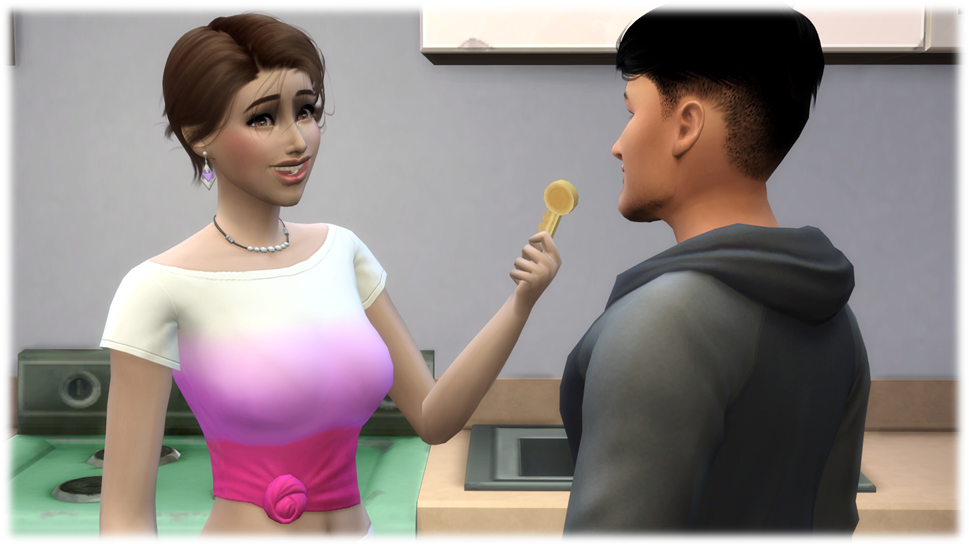 In spite of the rough start to their relationship at Austin’s party, over the next three and a half months, Ben and Nick had become good friends with Rachael and Emma. Even to the point of exchanging keys to each others apartment. 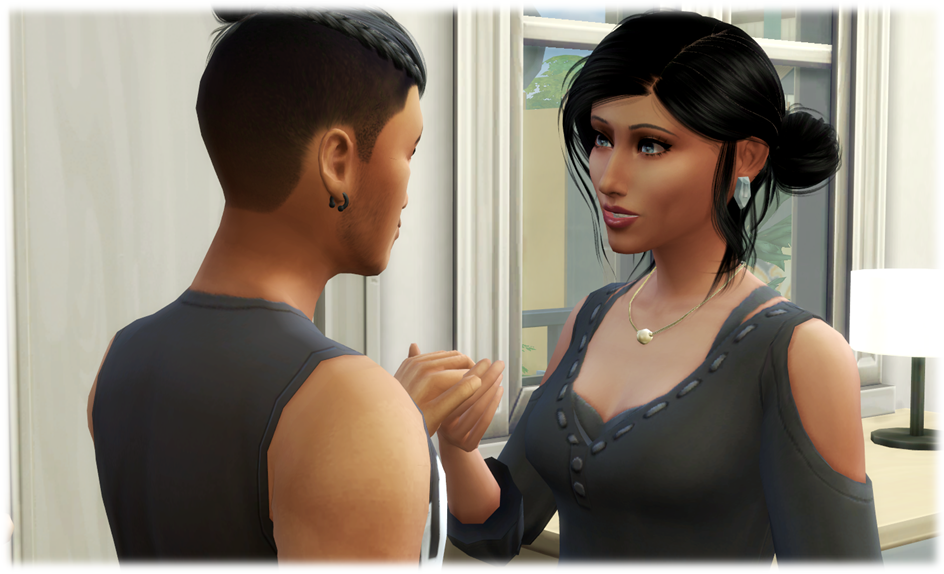 Nick and Rachael had moved beyond ‘Friends with Benefits’. They were an item even if Nick didn’t want to admit it.

Nick had made the mistake of drunk dialing Val that night when he went looking for Rachael who had turned out to be back at her apartment sound asleep in her bed – alone.

The next day Nick and Val had a huge fight on the phone. Ben felt sorry for Nick because he was hungover and had to listen to Val read him the riot act.

Nick called Val a few times over the next few days begging forgiveness until she gave in. Less than a week later, she stopped responding to Nick’s texts so he stopped texting. It was like they broke up without breaking up. Ben was happy for his friend. He never really liked Val and Rachael made it easier for him to move on.

It seemed Nick didn’t realize what it was like to be around someone that really cared about him. Val was gorgeous and knew it. She was all about her status, going to the right parties, wearing the latest styles and being seen with the right guy. Unfortunately for Nick, she had deemed him to be that guy. She was always on Nick’s case about something. 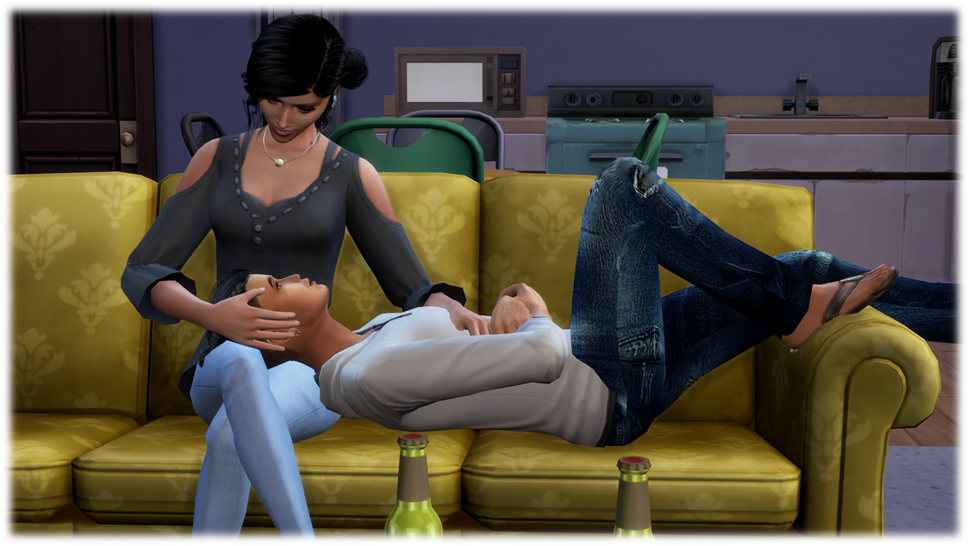 Rachael allowed Nick to be Nick. She was ‘what you see is what you get’ and wasn’t afraid of anything or anyone. Nick had come out of his shell since he had been away from Val and with Rachael. Ben approved.

Ben’s relationship with Emma was another story. She had made it clear there would be no ‘Benefits’ in their relationship. It was ‘Friend’. Period. She told Ben she had no interest in getting her heart broken into ‘itty-bitty pieces by his hot as hell ass’. 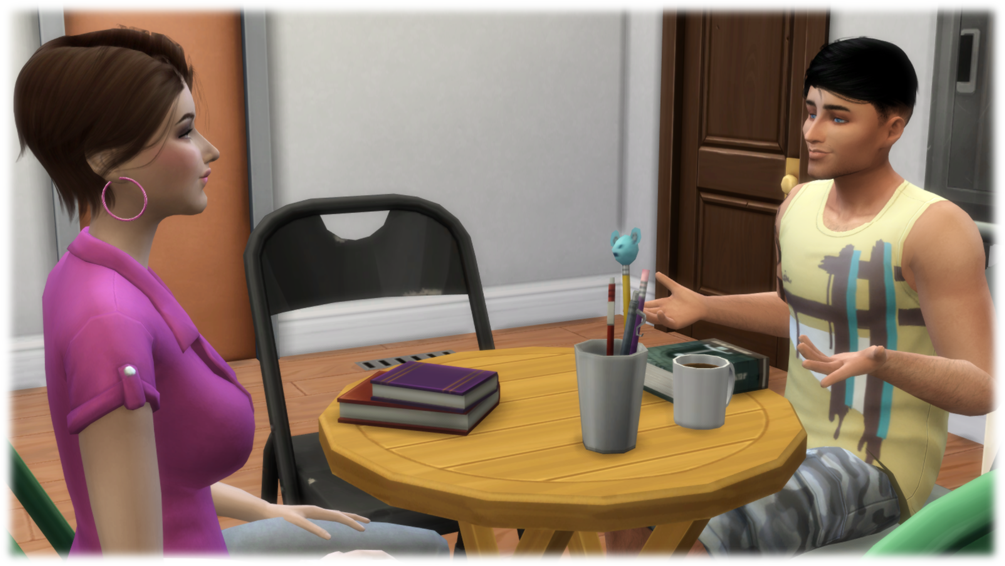 Emma and Ben had a couple of classes together since they were getting the required classes out of the way before focusing on their major, so they spent a lot of time together studying.

Ben took her ‘benefits’ rebuttal as a challenge and repeatedly try to get her to change her mind. Whenever he would make a move she effectively cut him off no matter how smoothly he recovered. Finally, his bruised ego could take no more and he conceded defeat. Friends with no benefits it would be. It was too bad because he really liked Emma with her stubborn no nonsense attitude and cute little southern twang. He could listen to her talk all day long.

Nick and Rachael had been frequenting Austin’s apartment to pass around the bong. Nick had learned what not to mix so it didn’t make him sick and decided weed was his drug of choice. It mellowed him out better than alcohol when he got stressed from class.

Ben stayed away remembering how messed up Nick was that first night. Plus, it wasn’t legal in San Myshuno like it was in other parts of the country.

Tired of always going to Austin’s, Nick and Rachael invested in their own bong and started smoking in her apartment. Nick would stay the night with her when they did. Tonight was one of those nights.

Ben was feeling the stress of finals. He could call Emma, but she would only add to his stress since she wouldn’t give him what he needed. Instead, he set out alone to the local hangout to see if he could meet someone for a quick hook up.

Ben sat at the bar nursing a beer and checked out the girls that seemed to be without a date. There were plenty of them. Some checking him out. 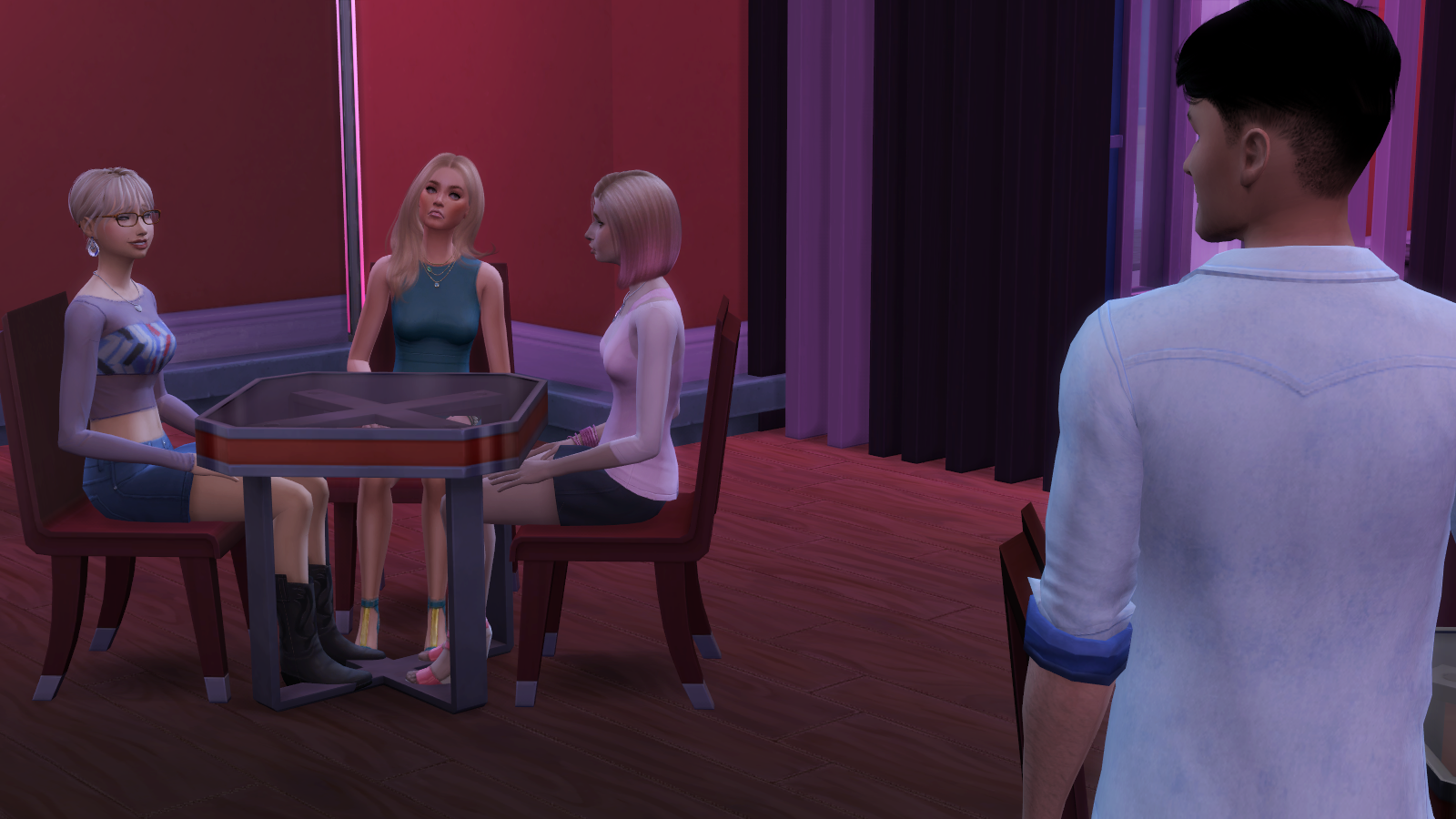 There was a trio of blondes sitting at a table together. One of them caught his eye and he smiled at her. He ordered a drink to be sent to the table with a message to join him at the bar. 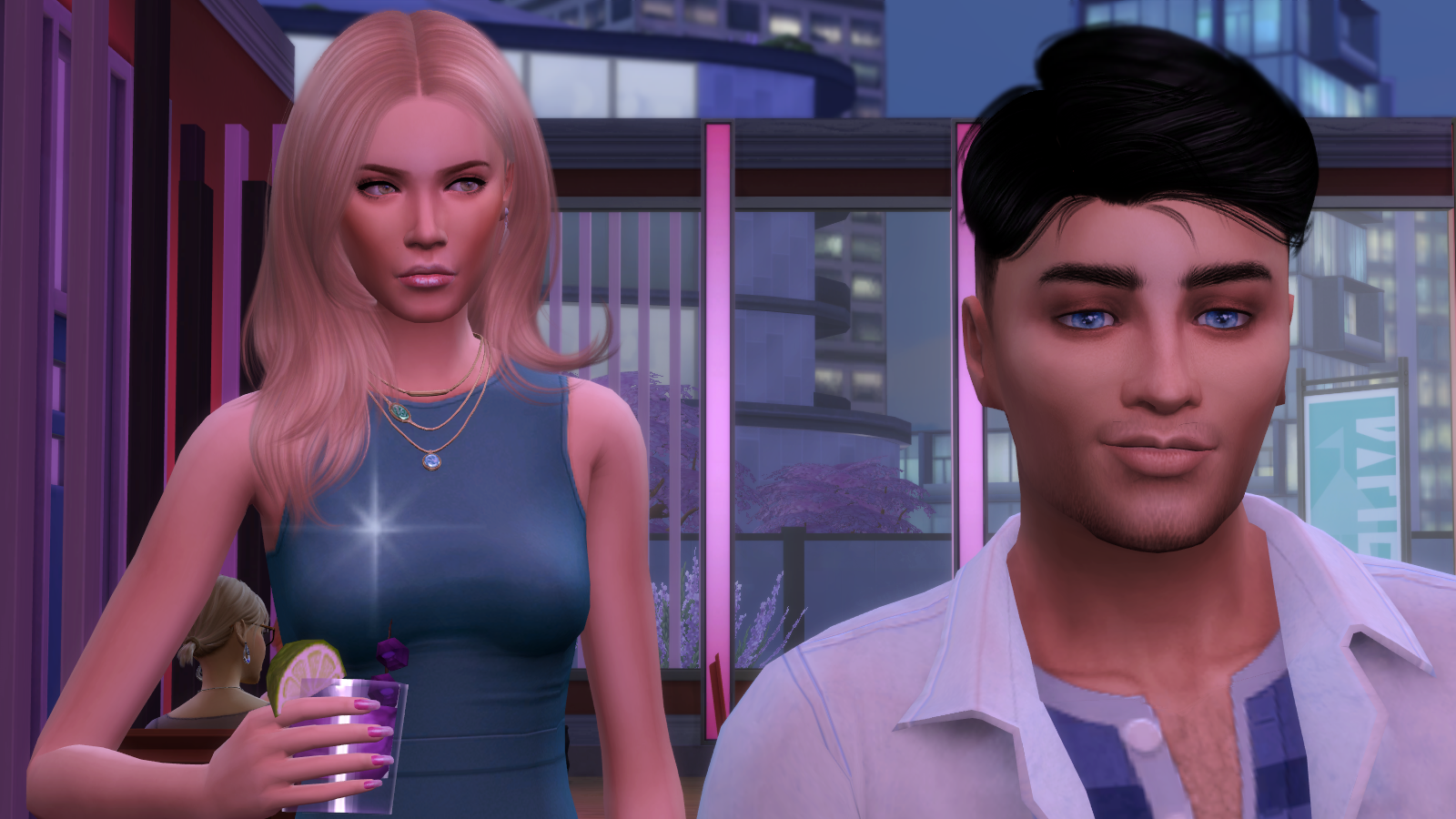 That was all it took and she walked up to him.

“Hey beautiful, why don’t we sit over there where we can talk,” he said with a smirk.

She quietly followed him to the empty table. Once seated he said, “You are beautiful, but I am pretty sure that’s not your name.”

“I’m Naomi Kyle,” she said while she twirled her hair and fiddled with her drink.

He threw his head back and laughed. He was trying to be anonymous and the chick already knew who he was and had assumed he and Emma were dating.

“Sorry to laugh Naomi,” he said, “but Emma and I aren’t together and never have been so don’t worry about her. Tonight is about you and me getting to know each other.” Ben smirked and added, “Or at least me getting to know you since you seem to know all about me already.”

He sat his drink down and looked at her. “Hey, wanna dance?” he asked.

“Sure,” she said and glanced over at her friends. One of them gave her a thumbs up. 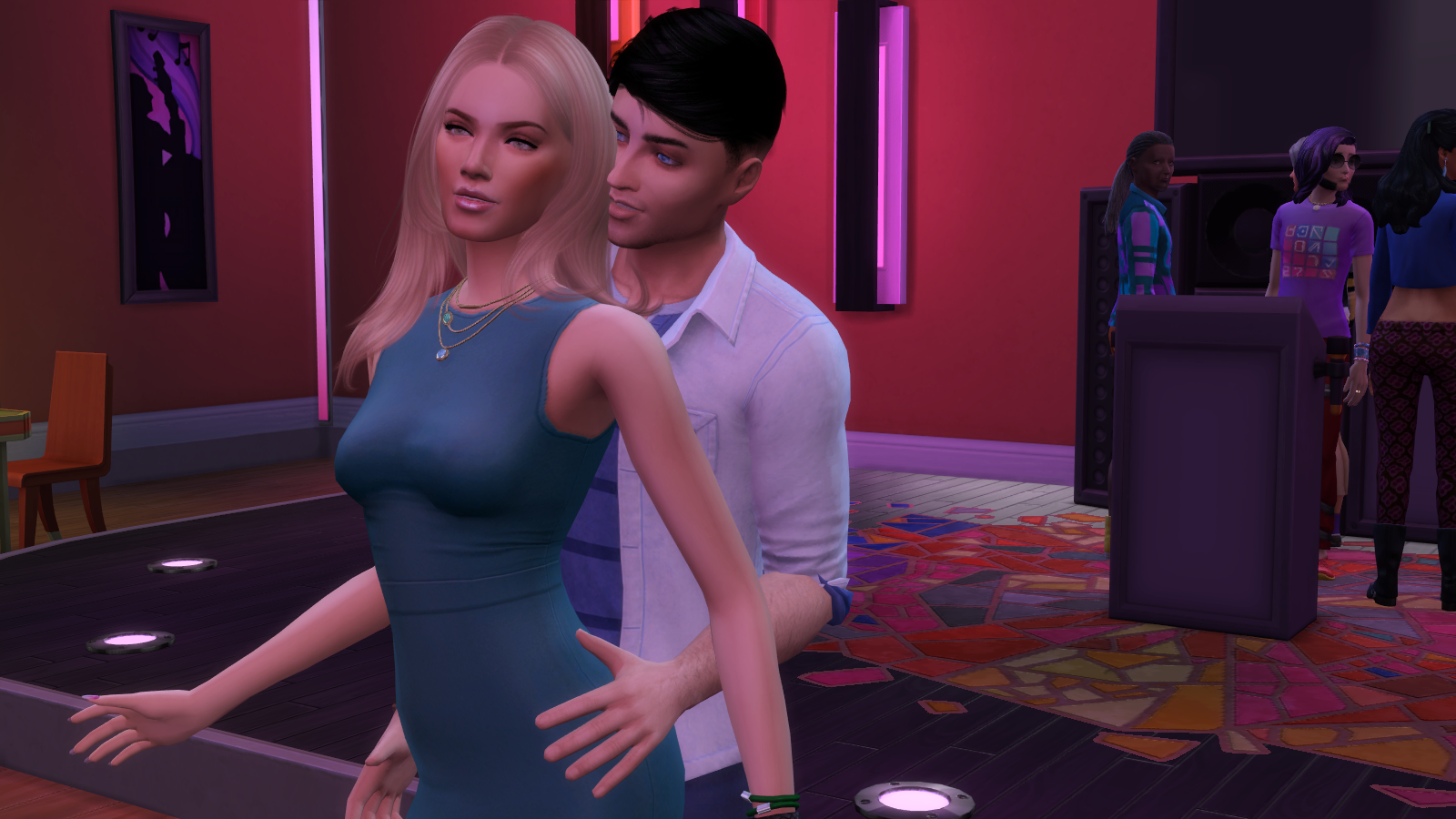 Ben didn’t need any more encouragement and took that as a challenge. He took her by the hand and led her to the dance floor. “Come on Naomi,” he said seductively, “Let’s make it worth their while. Let’s give them a show.”

Naomi snorted and Ben laughed. The first song had a fast rhythm and they danced provocatively with each other earning a few surprised looks from her friends.

The next tune was slow, just how Ben always liked. It reminded him of dancing with Emma. He quickly put her out of his head and pulled Naomi close to him.

Before the song was over they were all but making out on the dance floor. He had nibbled on her neck through most of it. She was right where he needed her. 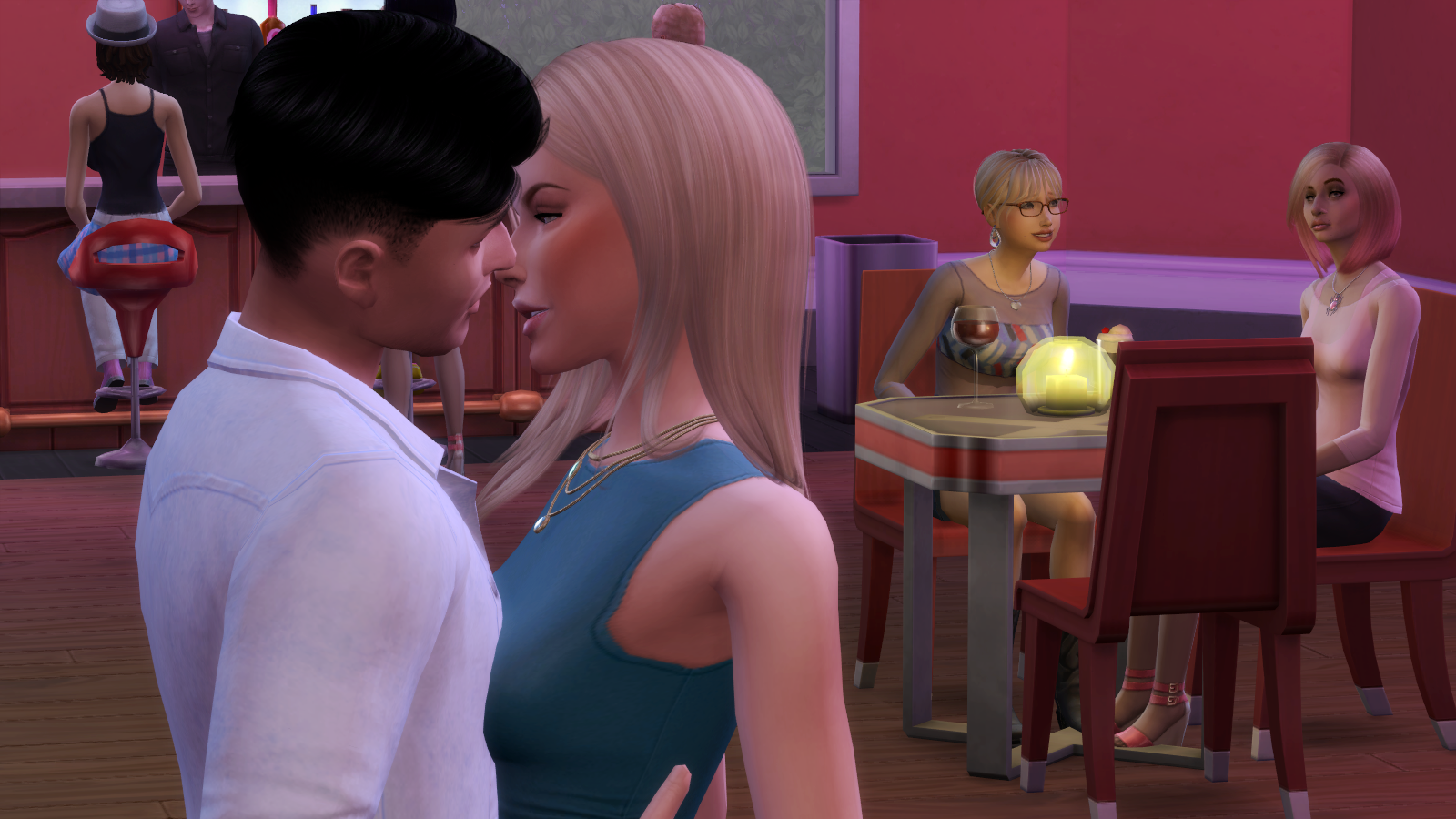 When the song was over, he nuzzled her neck once more and put his mouth close to her ear so she could hear him, “You ready to get out of here?”

She quickly nodded her agreement.

“You have a place close by? Mine’s too far,” he said in her ear.

She nodded again and took him by the hand leading him out of the bar. “We can walk. That’s why I love coming here. I don’t have to worry about getting home.”

When they arrived at her apartment, they were all over each other. They both knew exactly where this was headed. It had been a long time since Ben had been with anyone. Not since the party at his mom’s. Damn Emma. He still hoped he could eventually break her down. But until then he had needs. 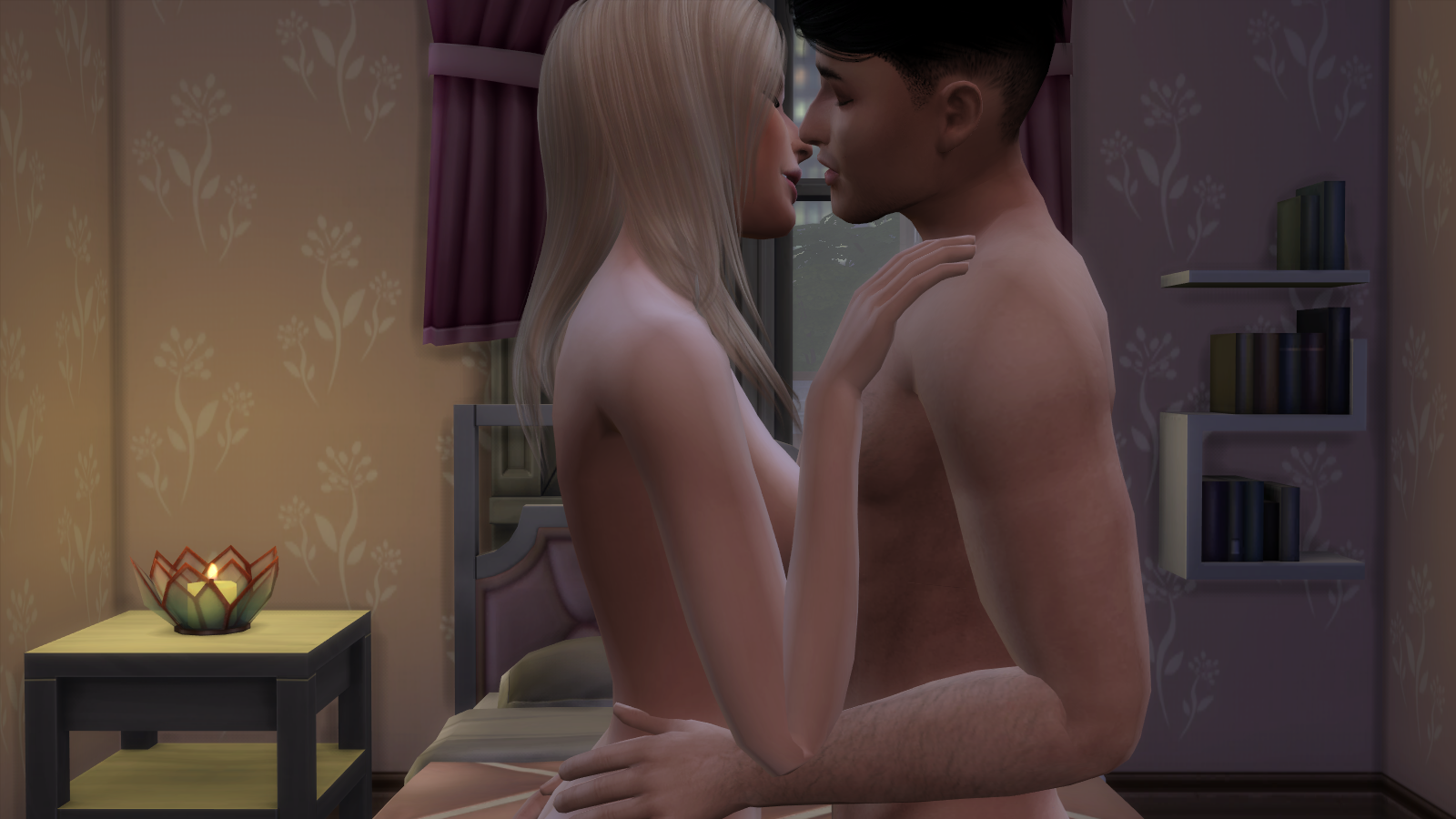 Naomi was a bit drunk and quickly fell asleep when they finished. Ben laid there with her for a few minutes listening to her breathe.

He gently extricated himself from her embrace being careful not to wake her. He pulled on his clothes and stood up to leave. He looked back at her sleeping. She really was sweet and didn’t really know him even though she thought she did. Plus he didn’t need a rep of love ‘em and leave ‘em. Fuck.

He crawled back up next to her, kissed her on the cheek and whispered her name to wake her.

She was a little disoriented at first. When she focused and saw him smiling down at her she smiled back. “Ben,” she said breathless, “It wasn’t a dream.” 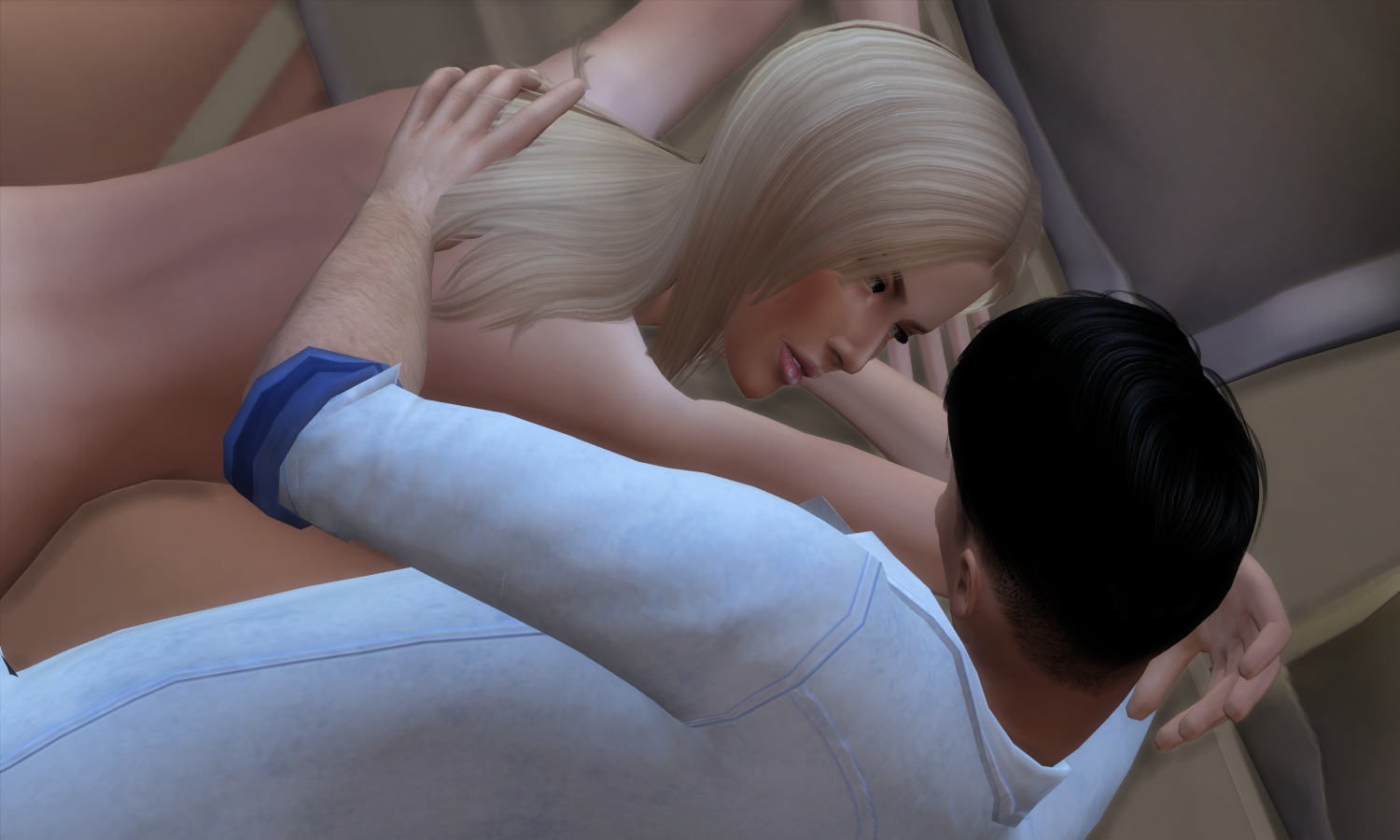 Shit, he thought, this was a bad idea. This was supposed to be one and done. “I gotta go Naomi. I just didn’t want to leave without saying goodbye….and….thanks.” Ugh, he thought, thanks? So stupid. So he kissed her sweetly on the lips to make up for his remark. “Bye Naomi, see you,” he whispered.

“Mmm. G-bye Ben,” came the sleepy reply as she turned over and went back to sleep.

Go Back to Chapter 2

A/N – Thank you to MeteoricDragon for the beautiful Naomi Kyle! ♥