Ben let out a sigh of relief when the door closed and Nick’s parents were gone. It wasn’t that he hadn’t enjoyed seeing them. He had. Especially Sofia. He didn’t realize how much he had missed her company and their playful banter.  It was just that he had constantly worried that Nick’s mom or even Sofia would discover his closet ‘grow room’.

“I am now. What if they found the plants in the closet. You know your mom, she usually starts hanging up clothes and cleaning shit up.” 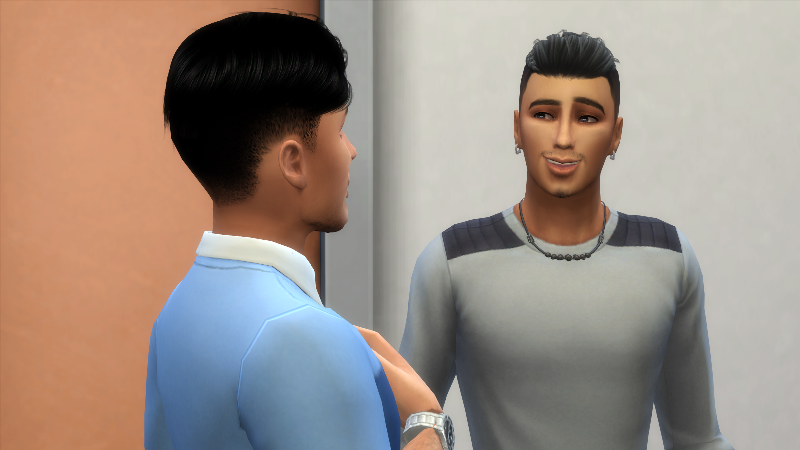 “Well, she did find the box of condoms in the bathroom,” he laughed, “That was enough to make her stop poking around. But we got through it and they are gone…” A knock sounded at the door interrupting him. “Or not,” he grumbled and turned to open the door. 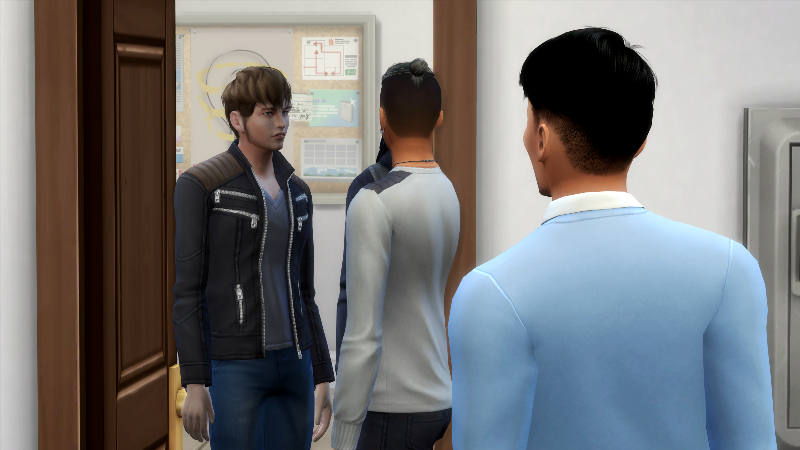 Instead of his family standing there, he was greeted by Austin and his band of merry men, Max and Roy. 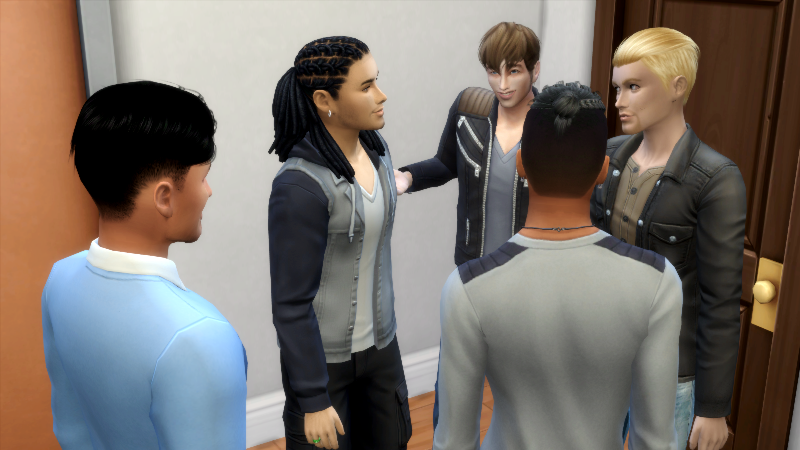 Ben acted offended. “Excuse me, I have no ball and chain and never will. So I can go wherever, whenever and with whomever I want.” He motioned to the rest of the guys standing in the room, “You four are the losers. And yes, I am all up for some fun. Let’s go!” 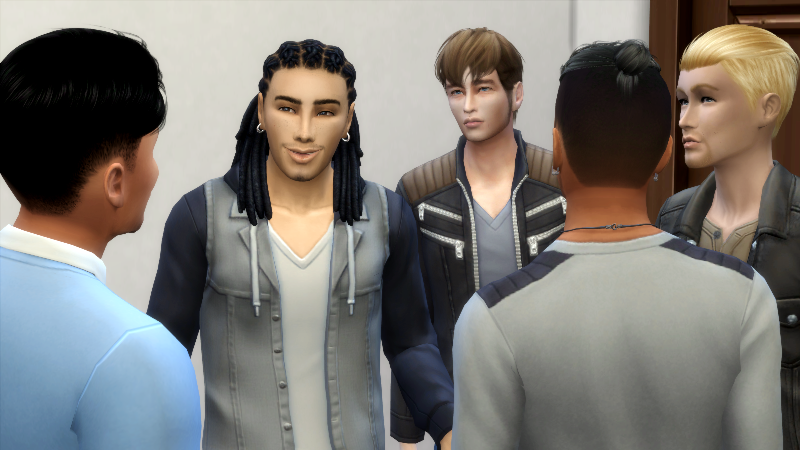 “How about the Tavern?” suggested Max, “They have Foosball and Darts.”

“This place is dead. The only chick here has attached herself to Murdock. Why don’t we finish up the night at my place,” suggested Austin, “I got pizza, beer and Nick’s favorite smokes.” 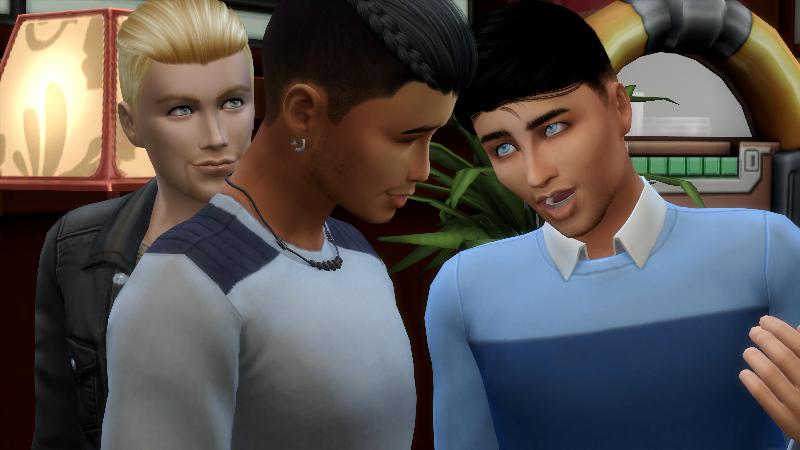 Ben pulled Nick over. “You go on with Austin, I’m taking Rayn home,” he said motioning to the purple haired girl that had been hanging on him all night, “Do you mind spending the night with Austin?”

Nick looked at Rayn and shook his head at Ben. “Really Ben?” he asked.

Ben gave him an exasperated look.

Nick sighed, “What time can I come home?”

“I don’t care. See you losers in the morning,” laughed Ben as he headed over to Rayn. 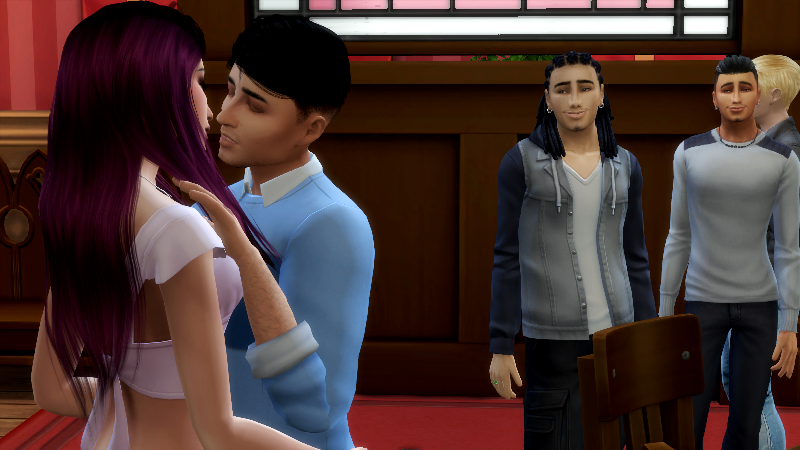 Ben pulled Rayn close enough to him so she would have no doubt what was on his mind while the others watched with amusement.

It was early in the morning and Emma and Rachael let themselves quietly into the Nick’s and Ben’s apartment. They got home a day early and wanted to surprise them with breakfast.

After the girls unpacked the groceries, Emma began scrambling the eggs while Rachael made coffee.

Emma heard Ben’s bedroom door open and turned around to say hi. Instead of Ben standing there she came face to face with a leggy girl with long purple hair clad in only her bra and panties .

“Oh sheyut,” said Emma at the same time the girl said, “What the fuck?”

Go Back to Chapter 7

A/N:  Thank you to Skcaga6 for the gorgeous Rayn Perkins.