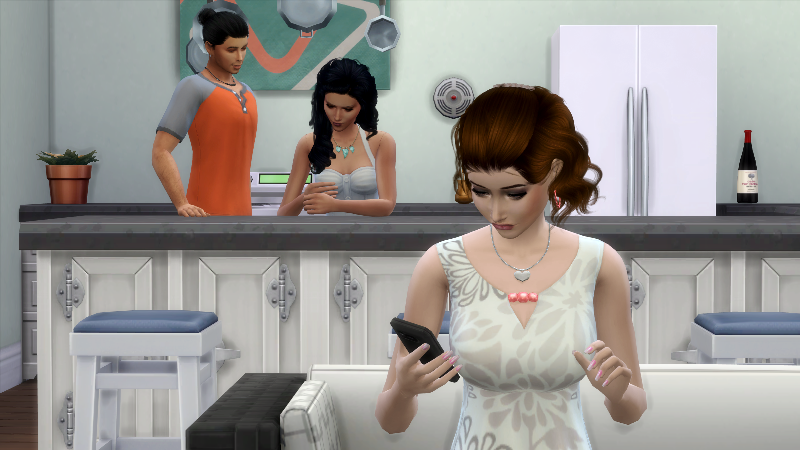 Emma’s phone rang. She looked down at the name on the screen and picked it up. “Hi. Hold on a minute,”  she said.  Emma glanced over her shoulder at Nick and Rachael before walking into her bedroom and closing the door.

In the kitchen, Rachael and Nick looked at each other at her strange behavior. 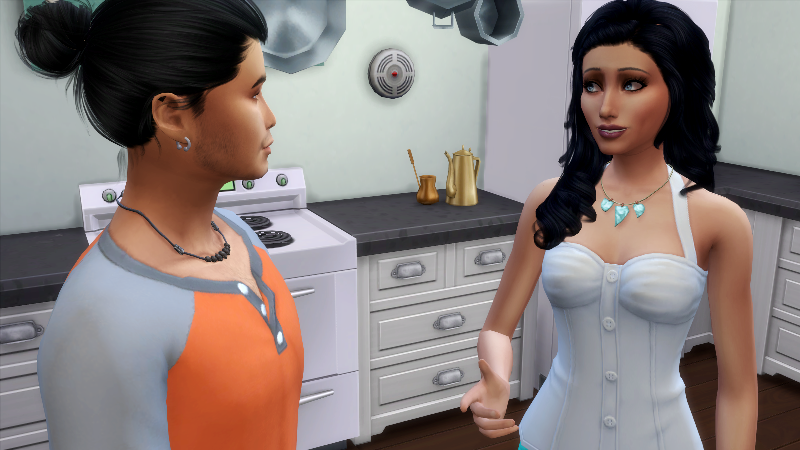 Rachael shrugged. “Babe, I don’t know what’s going on,” she said, “she’s not sharing. Emma has been acting weird for the past two weeks. I heard her mentioning an obstetrician on the phone when I came home last week. When she saw me she pretended like she didn’t say it and changed the subject. I hope she’s not pregnant or having female problems. I asked her about it and she said it was to get her prescription refilled. But Nick, that…just now...that’s not about prescriptions. I’m really starting to worry about her.” 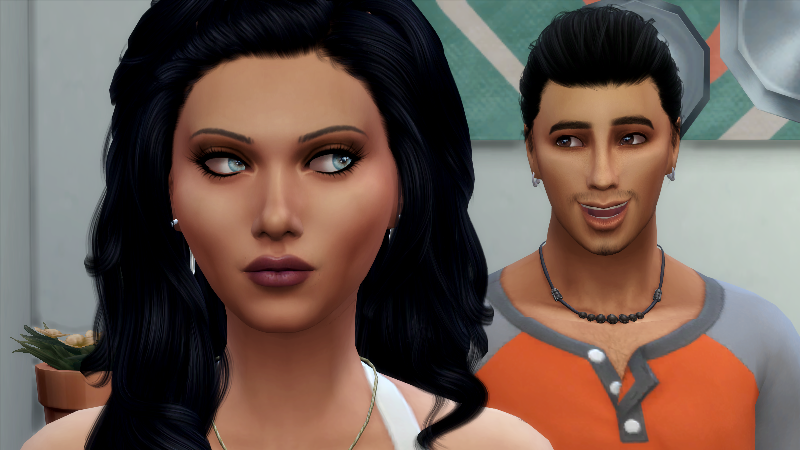 “You think I should ask Ben to talk to her. They are close in a weird way. Maybe she’ll open up to him,” suggested Nick. 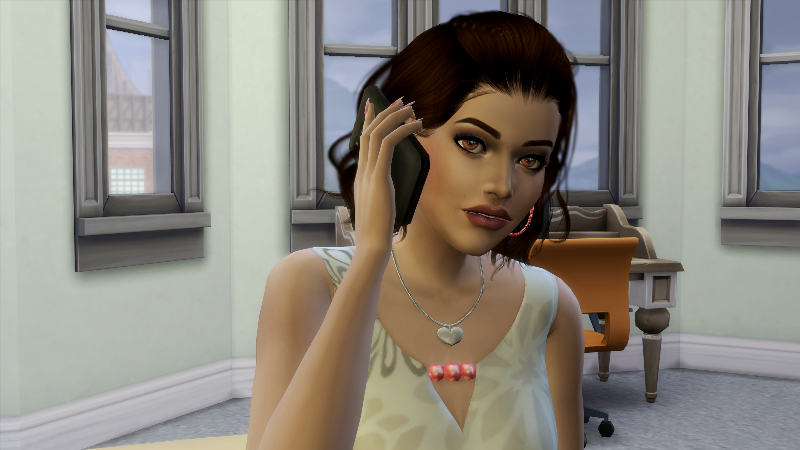 “I’m sorry Grace,” said Emma into the phone, “Nick and Rachael were sittin’ right there.”

“Oh Emma. Maybe I shouldn’t have bothered you.”

“Don’t be ridiculous! Of course you should have. Now, did you get an appointment?”

“Yes. It’s next week. She called in some vitamins for me to start taking right away. Especially since my morning sickness has been so awful. It’s on Thursday at 9:00. Can you go?” 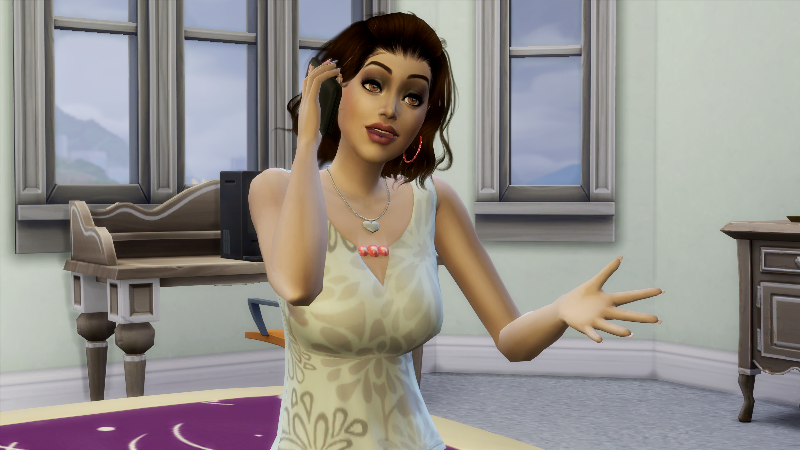 “Yes. I’ll be there. How are you feelin’ sweetie?”

“Like shit. My boobs hurt and I can’t stand the smell of coffee or bacon. I can’t drink wine. All of my favorite food groups are off limits! It really sucks. Plus I want to cry over everything. I’m a mess. This kid is going to be put in time out the minute it’s born for making me suffer!” 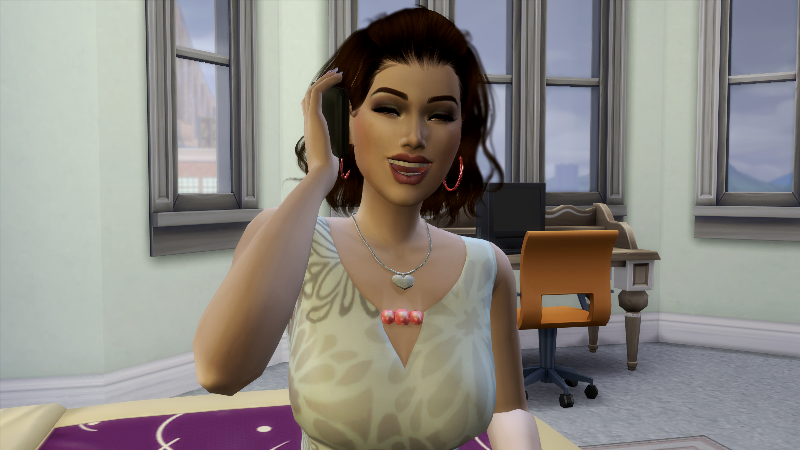 “Sure, as long as you bring ice cream. The only food I can actually stomach.” 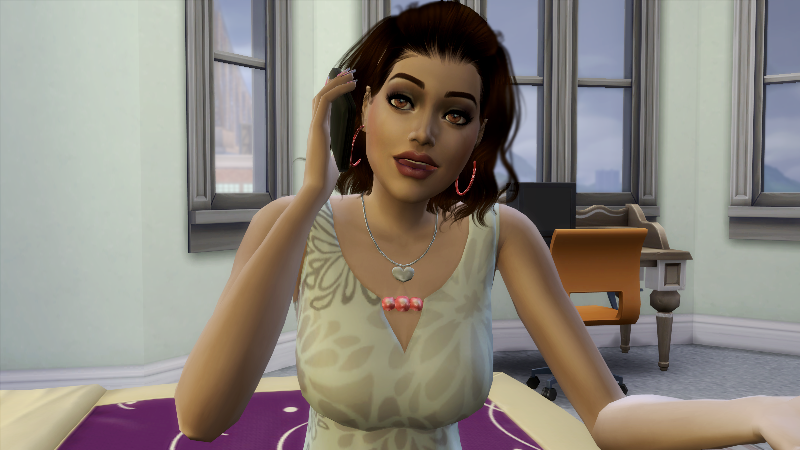 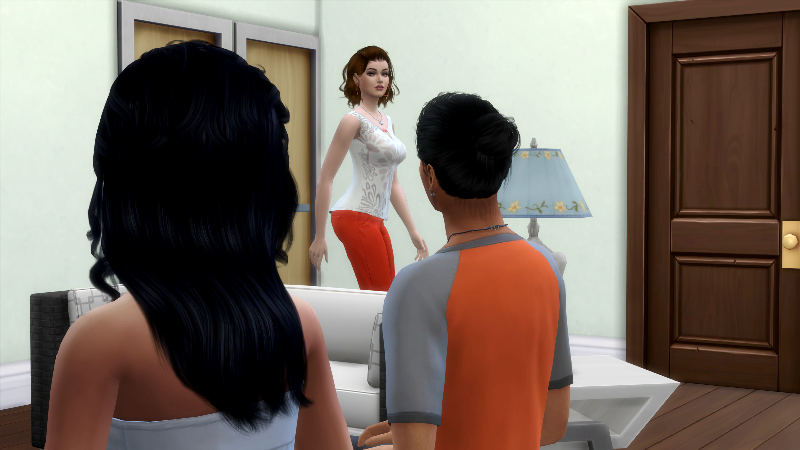 Emma walked into the kitchen to grab her purse. Nick and Rachael were snuggled on the couch watching a movie. “I’m going out. Don’t wait up.”

“With who?” asked Rachael.

“Uh…I’m going to the library to study.”

When the door closed, Nick looked at Rachael. “She’s a terrible liar!” he said. 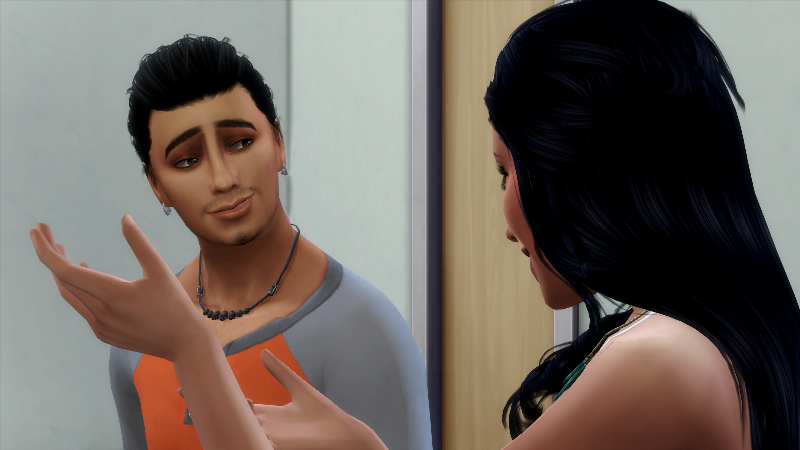 “No kidding. It’s summer break! Why would she need to go to the library. Should we follow her?”

“Nah, not yet. Anyway, now we have the apartment to our self,” grinned Nick. 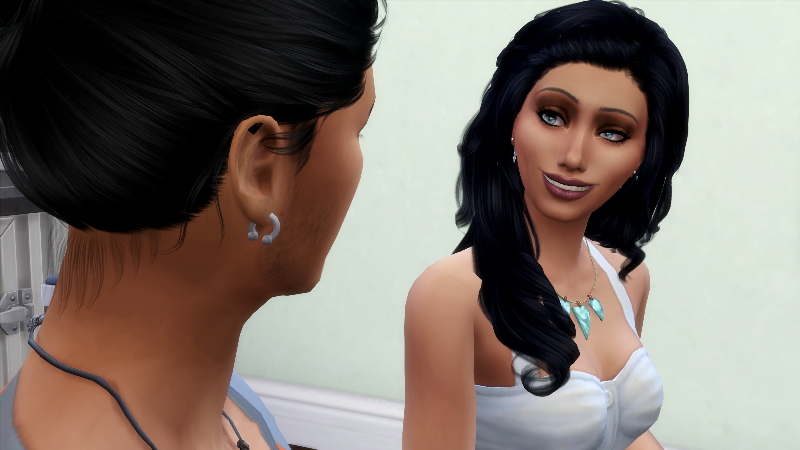 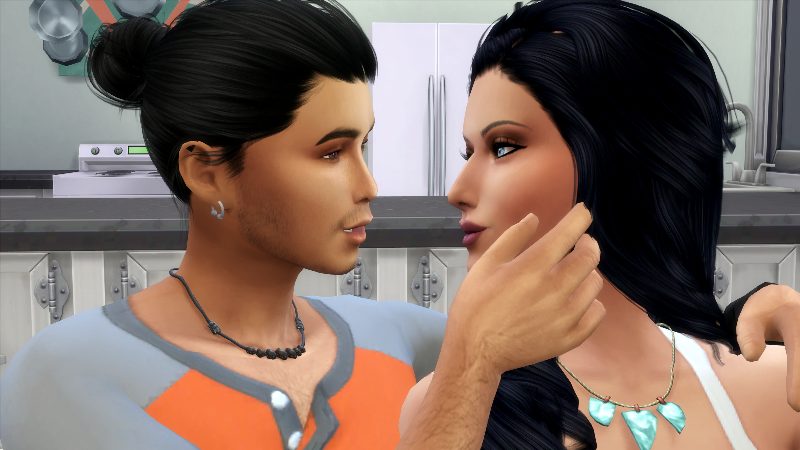 Nick pulled Rachael to him. “Shhh, no more talking,” he whispered, “Let me just show you.” 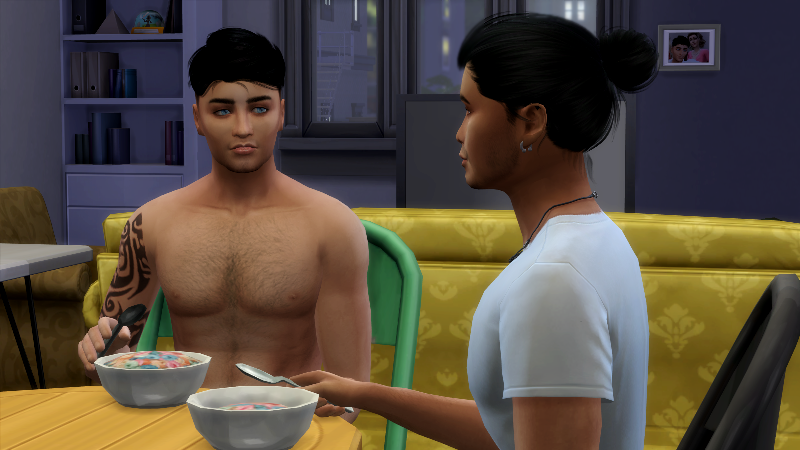 It had already been a week since Emma went to ‘the library’.  Nick hadn’t wanted to ask Ben about her because he was pretty much uncommunicative.  Only grunting answers to questions.  Today, he was actually talking in sentences so Nick decided it was now or never.  “Have you noticed Emma acting weird lately?”

“What do you mean weird? Weirder than normal?” asked Ben. 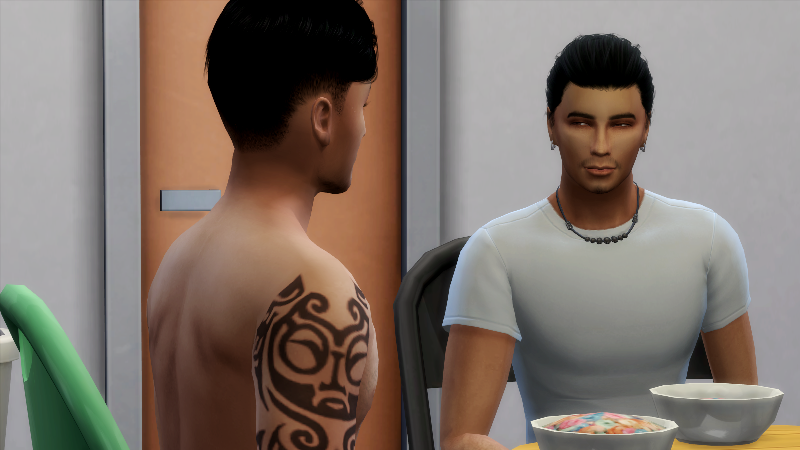 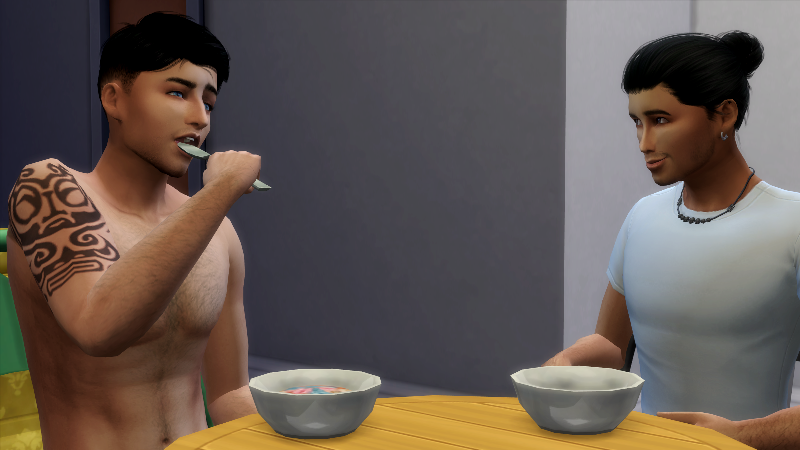 Ben ignored the dig and took another bite of his cereal. “Nope. Weird.”

Nick sighed. Ben wasn’t taking it serious so he decided to just lay it out there.  “Listen,  Emma has been very secretive lately. She’s making up lies about where she is going and hiding in her room to talk on the phone. Rachael is afraid she might be pregnant. She overheard her talking to someone about an obstetrician.” 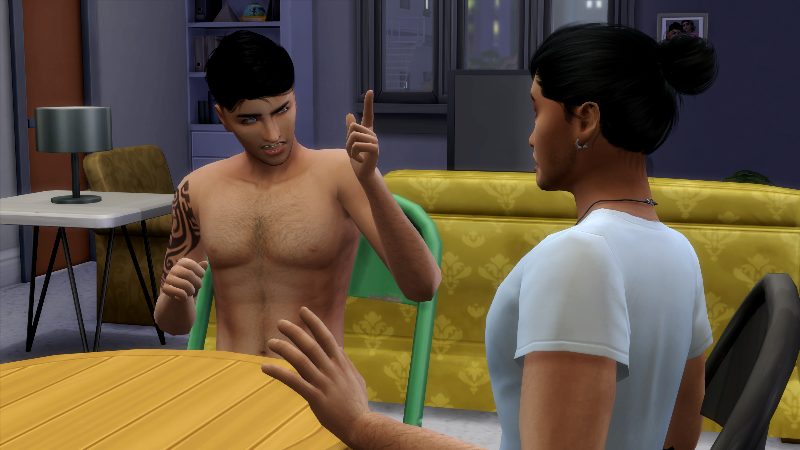 “That son of a bitch!” yelled Ben, “Do you know where he is? I’m going to beat the shit out of him!”

Okay, too serious, thought Nick.  “I have no idea and we don’t even know for sure. Rachael and I thought maybe you might talk to Emma. Try to feel her out.” 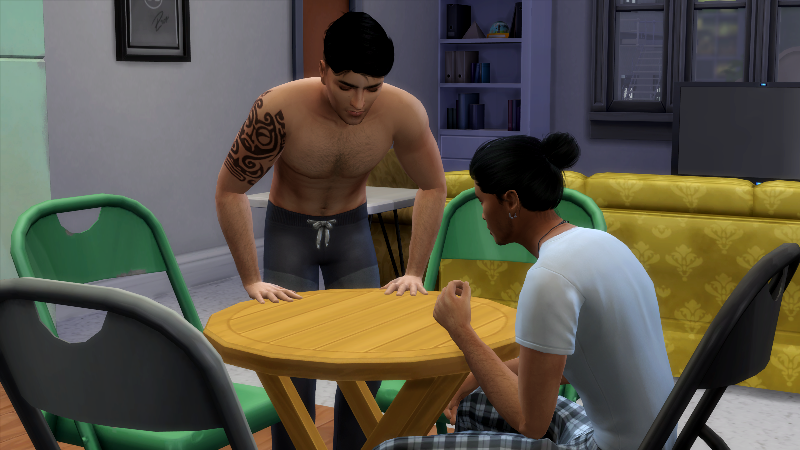 Ben stood up. “So Casey gets her pregnant and you want me to talk to her? I’m going to fucking kill him!”

Nick put his hands up. “Down boy,” he said, “Just calm down. I know you love Emma, we all do, but we don’t know for sure. Going off half cocked won’t help her. If she is pregnant, she will need our support and Casey’s. If he’s dead or in the hospital he can’t be there for her asshole.” 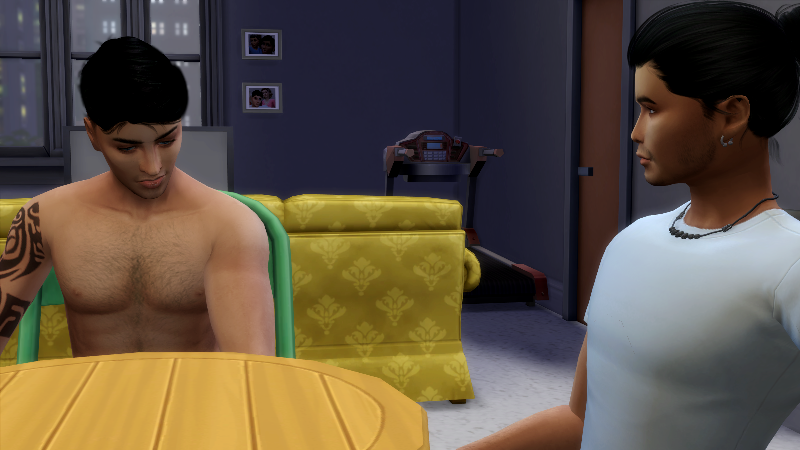 Ben plopped back down in the chair defeated. “What do you want me to do?”

Better. “Just talk to her. See if she will confide in you. That’s all.”

Nick’s phone buzzed. He looked at the text from Rachael. It made him smile. He loved her so much, but he hadn’t told her yet. If she wasn’t ready for that next step in their relationship, it might mess things up so he was willing to wait it out.

He had no clue what she was talking about so he replied as best as he could.

“Rachael?” asked Ben with a smirk, “I can always tell because you get this goofy shit eating grin on your face every time you talk to her or about her.” 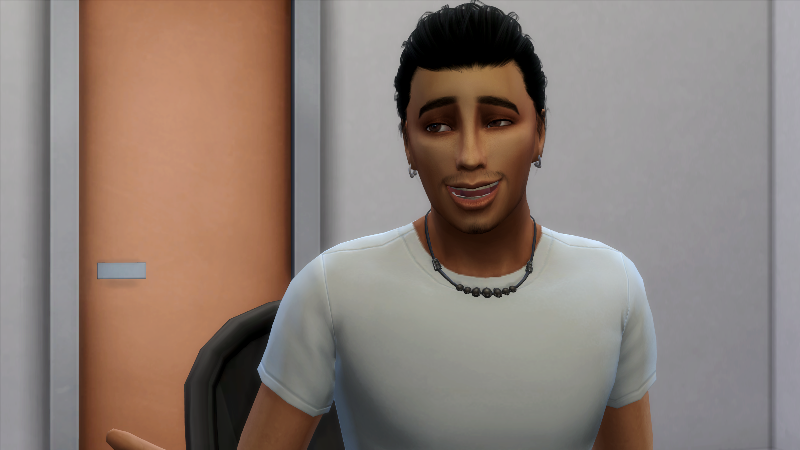 Nick busted out laughing, “No, that’s The Flash to you. Thank you very much.” Nick handed his cell phone to Ben. “Here.” 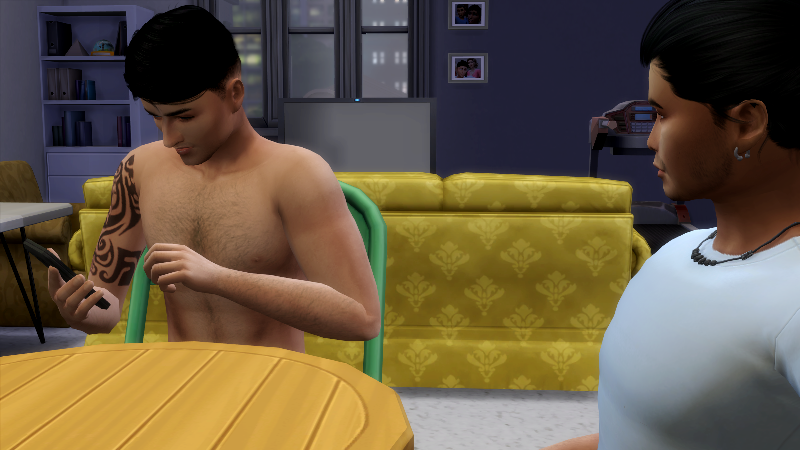 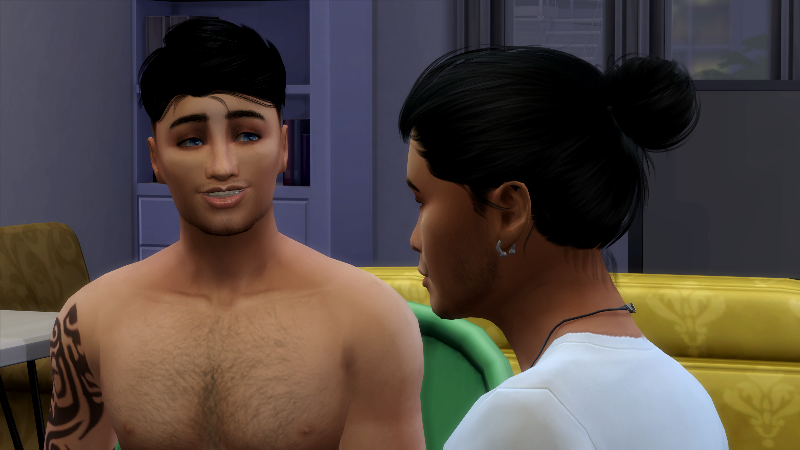 He grinned for what Nick thought was probably the first time in two months and handed him back the phone. “Lets go,” said Ben, “but I get to be Superman.”

Go Back to Chapter 17