The nursery had been done in yellow since they knew they were having one of each. When the twins got old enough, they would move them into separate bedrooms, but for now it was easier to have them together.

Cole was glad they had decided on four bedrooms for their house, even though Avery insisted they were NOT filling them up with kids. One for sure, she had agreed, and maybe two. Nature had taken that choice away from her. So two it was. Cole was secretly thrilled because he wasn’t so sure, after how much she hated being pregnant, if Avery would willingly have another child. 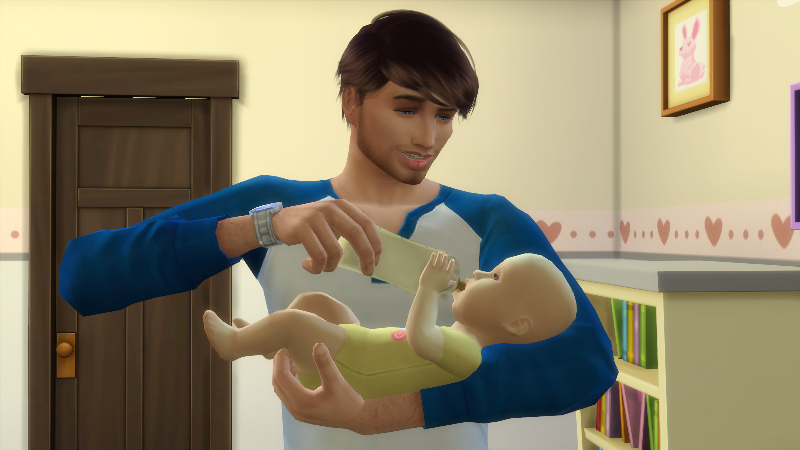 For the next six weeks, they worked together and tried to get the twins on the same schedule so one would’t always be awake.  It was proving to be harder than they thought and left little to no time for the two of them. 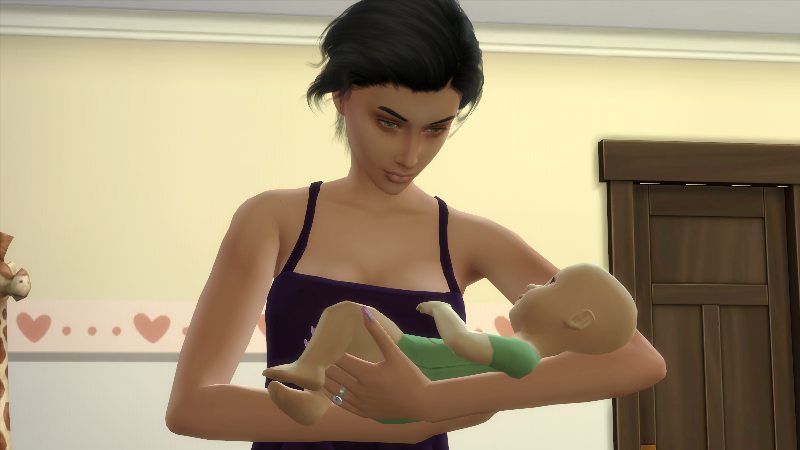 What little free time they had was usually spent napping.  At least the babies were finally beginning to sleep for longer periods of time. 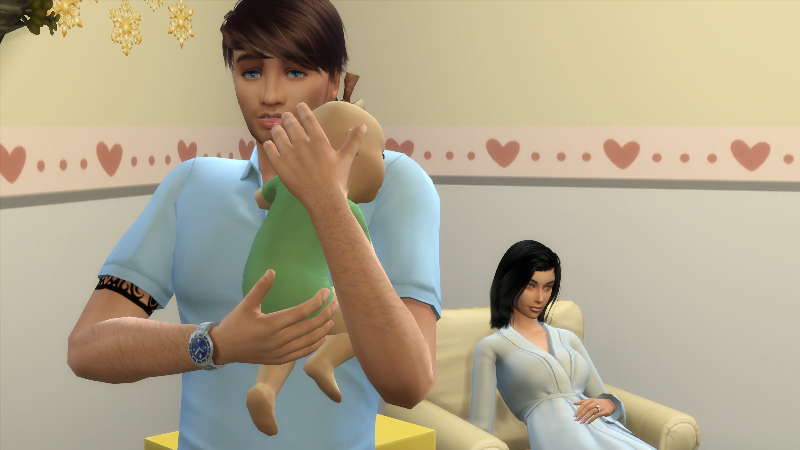 Cole knew he had to go back to work. It had been six weeks already and he simply couldn’t stay away any longer. There was only so much he could do from home.

Ben, however, said Avery could take as long as she needed. She reluctantly agreed on six months. Unlike Cole, she was ready to get back to work, but since he had to get back and she didn’t, he kissed his children goodbye. 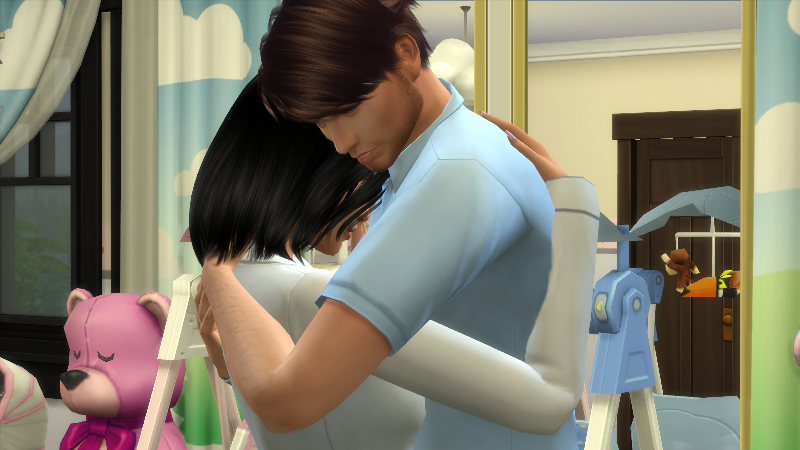 Before he left, he pulled Avery from the chair she had collapsed into and wrapped her in his arms.  She looked like she might cry.  Truthfully, he felt a bit like crying too. It gave him a sick feeling in the pit of his stomach to have to walk out the door. 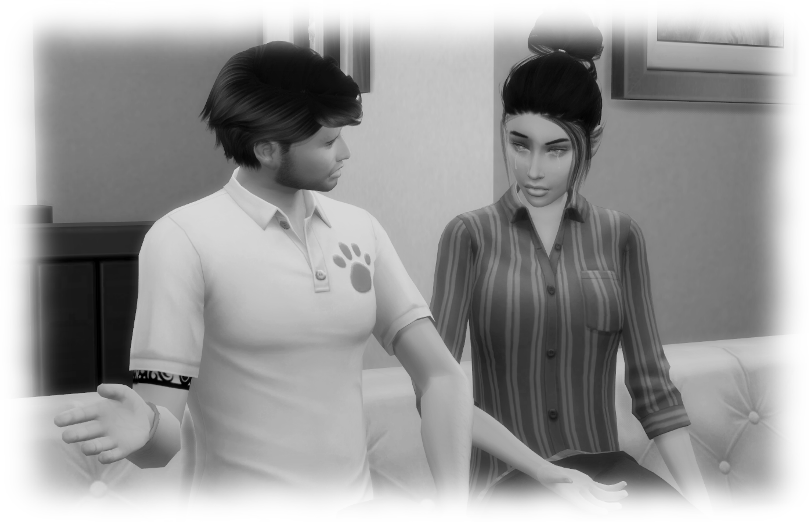 Avery, in fact, had been doing a fair amount of crying lately. When he asked what was wrong, she just said she was tired, or fat, or didn’t know.  Then she would pull herself together and do whatever she needed to do. He figured it was just her body adjusting to no longer being pregnant along with the stress of caring for two infants. 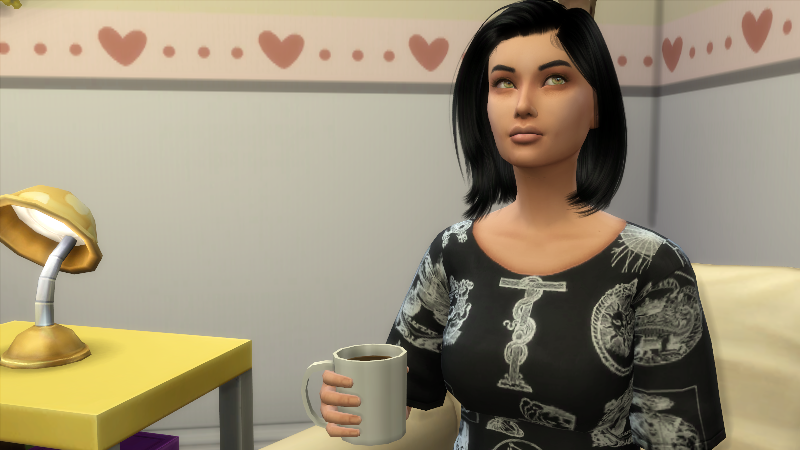 When Cole got home that evening, he found Avery in the nursery drinking coffee. Things seemed to be going okay, even though she looked at him like she could kill him for having left her alone with the babies.  Ryan was sleeping and Reagan was quiet in her bassinet making cooing noises. 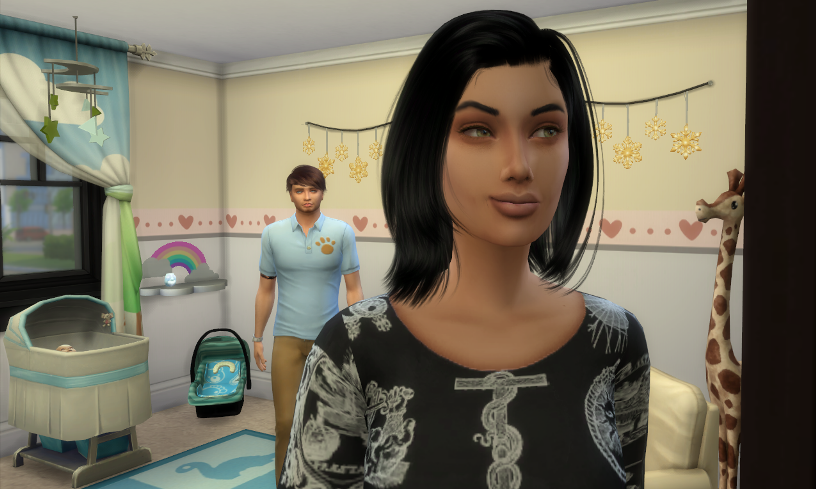 She stood up and kissed him on the cheek.  “Your turn,” she said with a smirk and went downstairs. Cole noticed she had at least changed out of her robe. Some days she stayed in her nightgown all day. So he was encouraged that she was beginning to adjust and was getting back to herself.

They hadn’t been intimate for a long time – not since she was six months pregnant and said she felt fat and ugly.  He never thought that. In fact, he had thought her baby bump was incredibly sexy.  He ached for that part of their relationship to resume. He missed the closeness of their lovemaking. 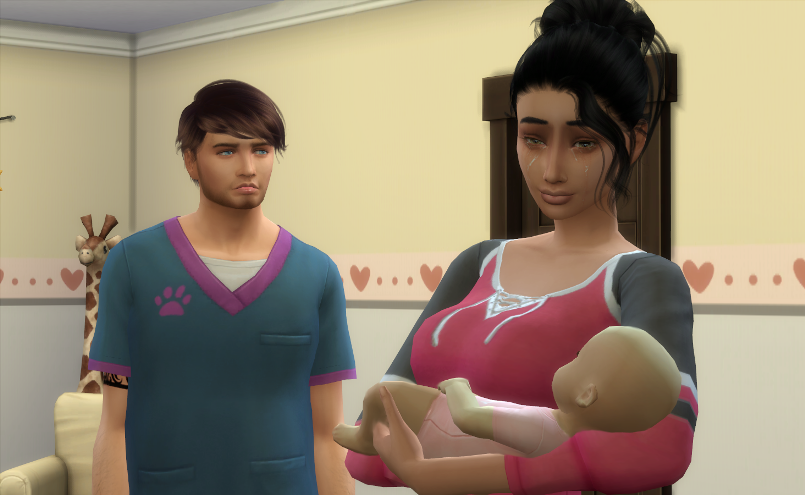 The second day, when he came home from work, it was a different story.  When he walked in, everyone was crying.  Ryan was in the bassinet screaming, Avery was still in her night gown, sobbing, while trying to soothe Reagan, who was also crying her little lungs out.

Without a word, Cole quickly checked on his son, changed him, and put him in the baby bouncer. Then he gently took his crying daughter from her mother’s arms. “Go to bed sweetheart. I got this. I’ll be in to check on you shortly.” 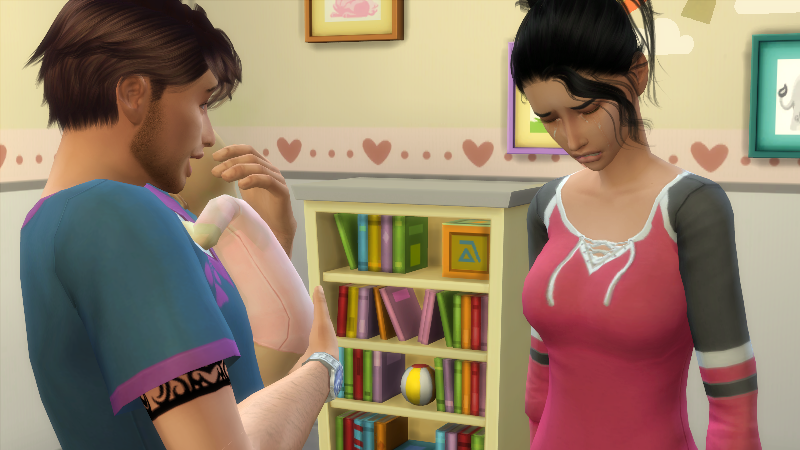 “I’m sorry,” she whispered, between stuttering breaths. He watched as his poor wife walked out of the nursery, her head hanging in misery.

He put Reagan back in the crib and called his mother as soon as Avery left the room. 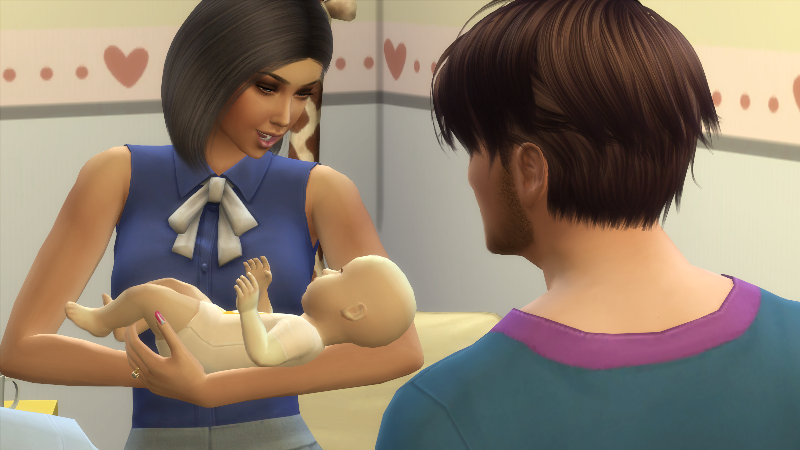 His parents were there in minutes. It helps when you only live a couple of miles apart. They each took a baby and his mother told him to go check on Avery.

He opened the bedroom door and she was fast asleep. Instead of waking her, he gently closed the door and went out to see what he could do to help. 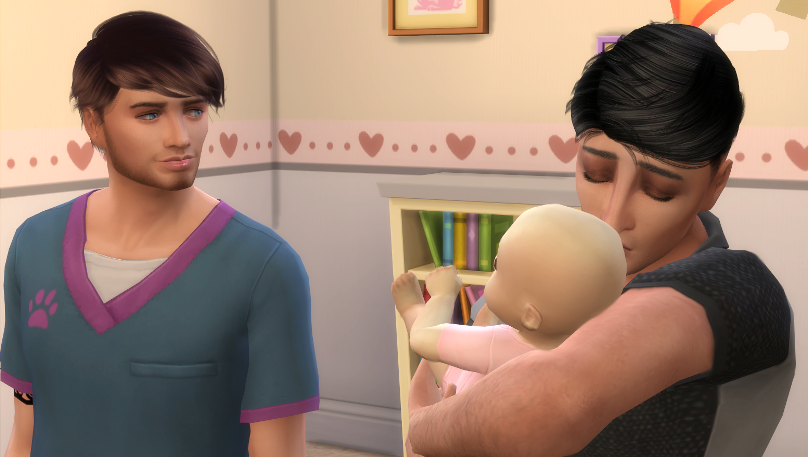 He watched his parents expertly handled both of the babies. He was especially shocked at how comfortable his dad was with his daughter. Then he remembered, he was a single father taking care of a newborn alone. “Dad, how did you do it?” he asked, the gravity of what he had done only just now hitting home.

“Hmm?” he said without looking up from cooing at his granddaughter,  “Do what Cole?”

“Take care of a newborn alone?” he asked, ghosting a glance at his mother, wondering if this was a sore subject with them. She just smiled. She knew what he went through he realized. They had no secrets. 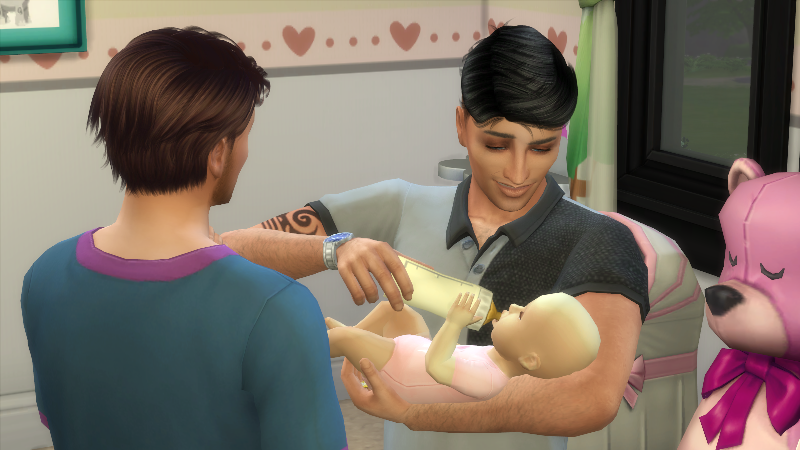 “It was hard, but you were my whole world,” replied Ben, as Reagan eagerly suckled the bottle he was feeding her. “I didn’t really have a choice. At least I didn’t think I did.” He stopped and addressed the baby in his arms so tenderly it touched Cole deeply. “That’s good isn’t it sweetie?” Then he looked up at Cole. “I  had to show everyone I didn’t need their help. Man, was I wrong.” 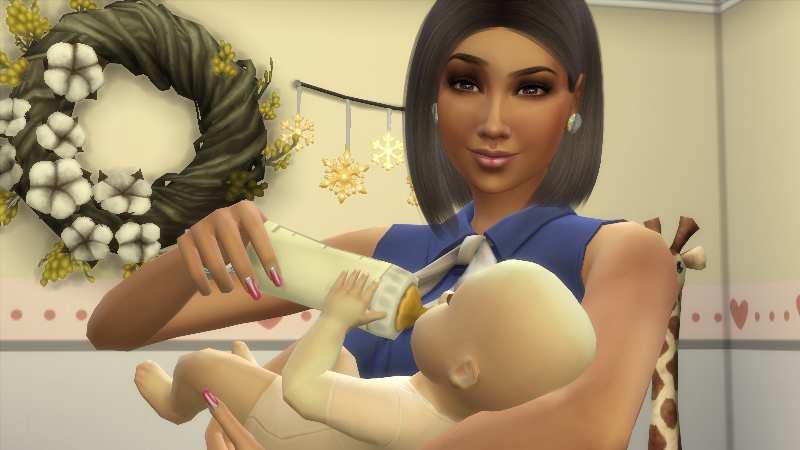 His mother chimed in. “And he did it for a almost a year before he was finally forced to move to Willow Creek and let his family help him. So, Cole, sweetheart, don’t be afraid to ask for help. One baby is a handful. Two are double trouble. That’s what families do honey, they help each other.” 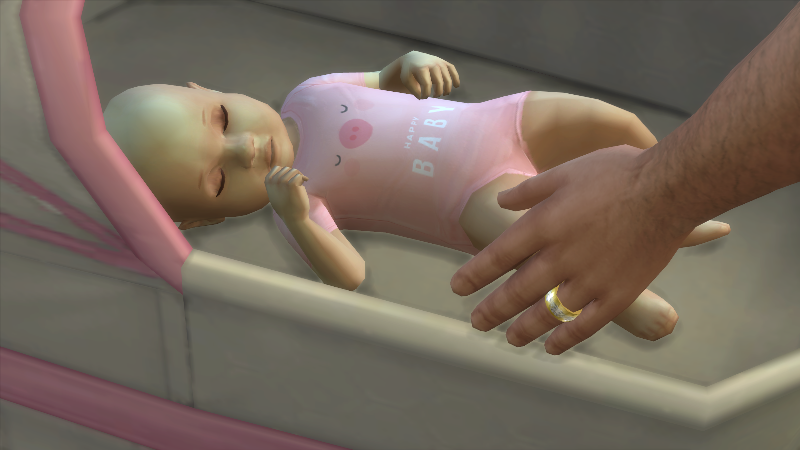 “Look,” whispered Ben, a proud smile on his face, “she’s asleep.” He gently laid Reagan in her bassinet. “God, they look so peaceful and sweet when they sleep. I used to just sit and watch you sleep. Especially the nights I let you sleep in bed with me. You were teething and were inconsolable, unless I was holding you.” He smiled warmly at the memory.

His mother laid Ryan in his crib since he was also asleep.  Now that both babies were diapered, fed and asleep in their respective cribs, they turned out the lights and walked downstairs. 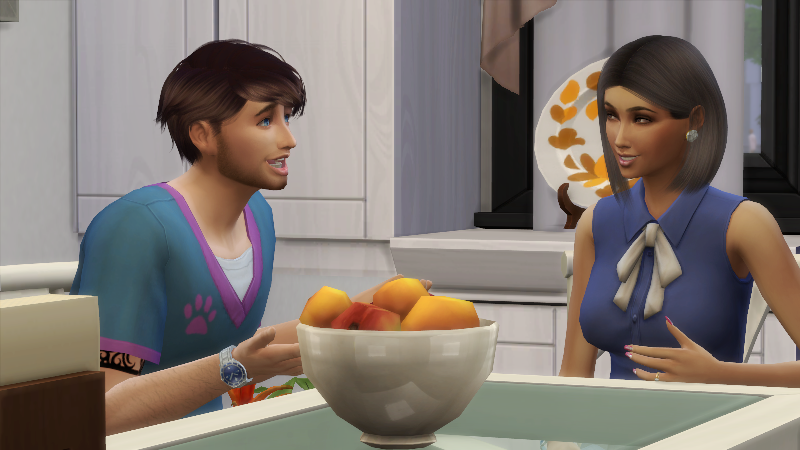 “Thank you guys so much,” said Cole, relieved. “Poor Avery was such a mess. I’m glad she’s sleeping too. This will get me through the next couple of hours anyway,” he said with a small laugh. “When did you say they start sleeping all night?”

Ben chuckled, but Sofia got a concerned look on her face. “Cole, is everything okay?” she asked. 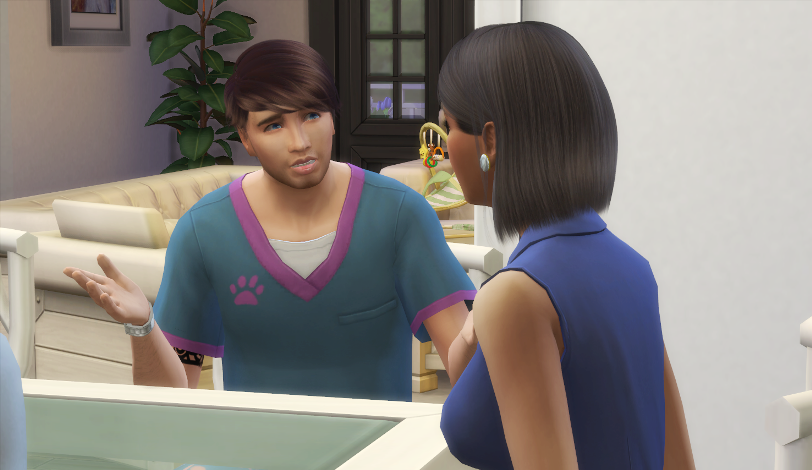 The question surprised him. He wasn’t sure what she was getting at. Yes, he thought, things were hard right now, but it would get better. Wasn’t this normal? “Yes,” he said, frowning a little, “I guess I’m not sure what you mean?”

“Can you afford to hire some help? Avery is exhausted and she could also be suffering from postpartum depression. It’s a very real thing.”

“Mom, do you think she is really depressed? This is hard, and she does cry now and then, but isn’t that normal?” he asked, worried she might be right. 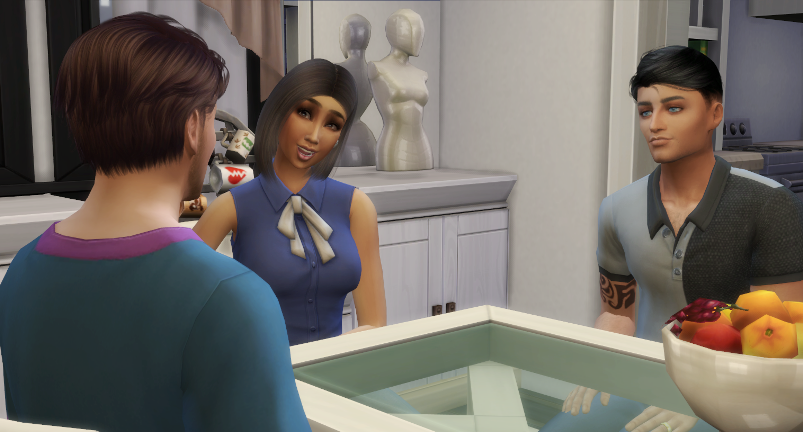 “It could be the normal ‘baby blues,” explained Sofia. “Her hormones are probably going crazy right now. But she really needs to tell the doctor how she feels, because it could be more if she hasn’t shown signs of getting better. If you want, I’ll come back in the morning and help her out until you can find someone. As long as Avery is okay with it. She is a proud woman,” she glanced at Ben before continuing, “and may not appreciate her mother-in-law butting in.” 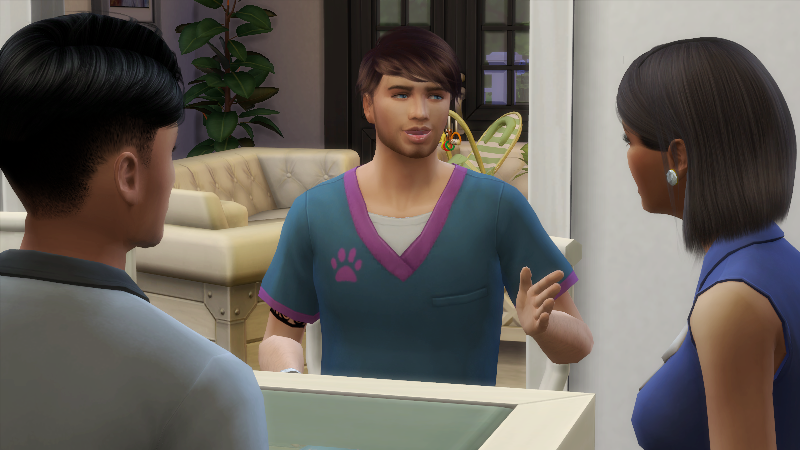 “Well, I was thinking today, when I got home and saw the state she was in, that we probably do need help and should look for a nanny. We have four bedrooms and one of them has a private bath, so I wonder if we should try to find a live in?”

“That’d probably be a good idea. When’s her next doctor’s appointment?” asked Sofia.

His mom really was worried, and that, in turn, worried him. “It’s next week,” said Cole. “I’ll talk to her in the morning, or tonight, if she wakes up. Hopefully she can get a good night’s sleep and that’ll help. But, after today, I doubt she’ll have a problem with you helping until we find someone.” 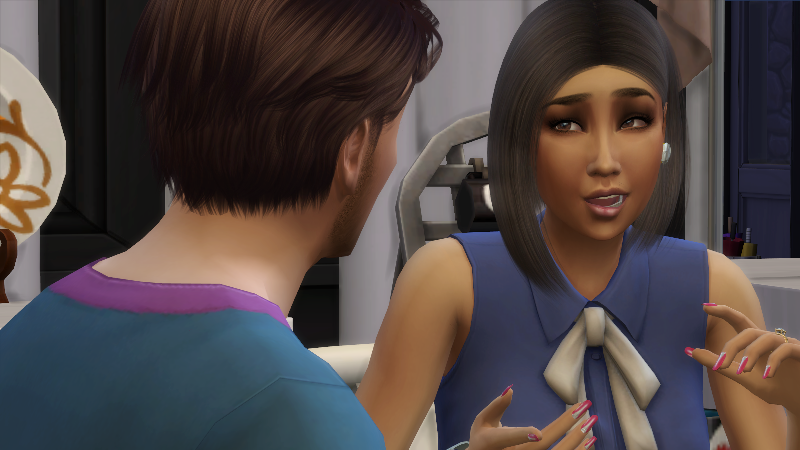 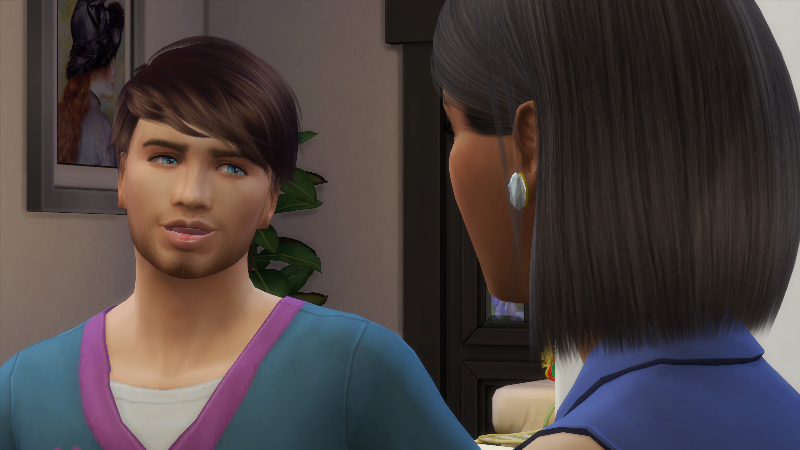 Cole smiled at this mom’s offer. “No. But thank you both for dropping everything and coming right away. You definitely saved the day.” 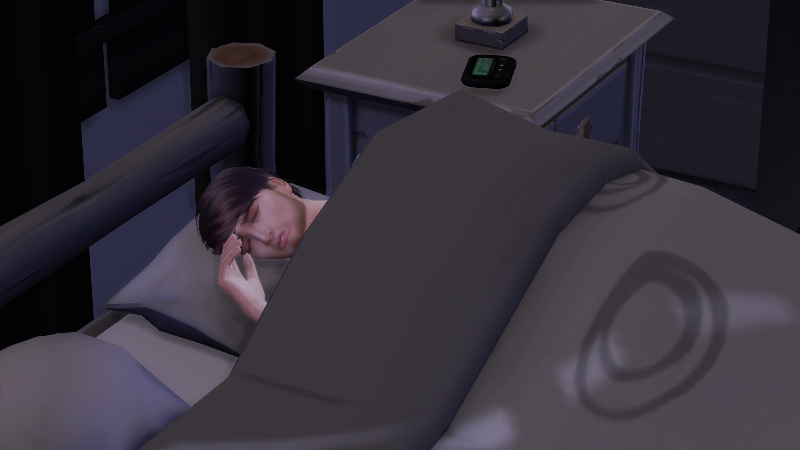 Cole moved the baby monitors out of their bedroom, where Avery was sleeping, and into the spare room, next to the nursery, and slept there.  That way he wouldn’t disturb her in the middle of the night when the twins woke up. He really hoped a good night’s sleep would help her begin to feel better. 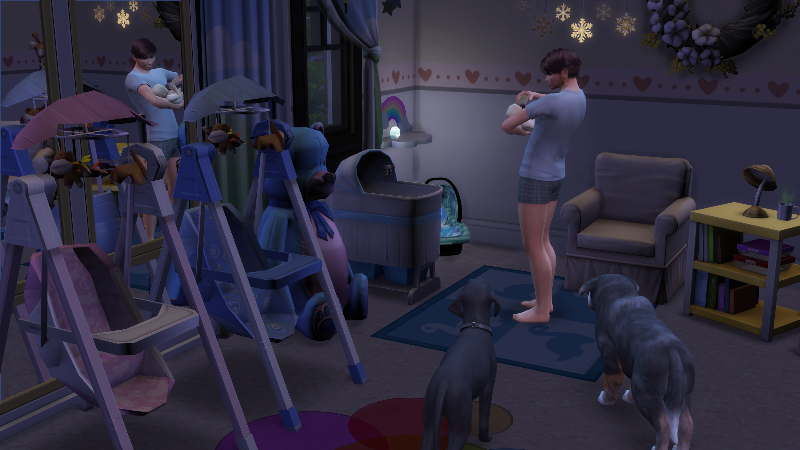 He got up when they started stirring and quickly fed Ryan before his sister started fussing. They had already realized that Reagan was the calmer of the two. After they both went back to sleep, he wanted to stand there and just watch them. His dad was right, they looked so sweet when they slept and his heart overflowed with love simply looking at them. But he knew, he needed to try to get a little sleep himself, so reluctantly, he went back to the guest room to grab a little more sleep. Tomorrow was going to be a rough day.