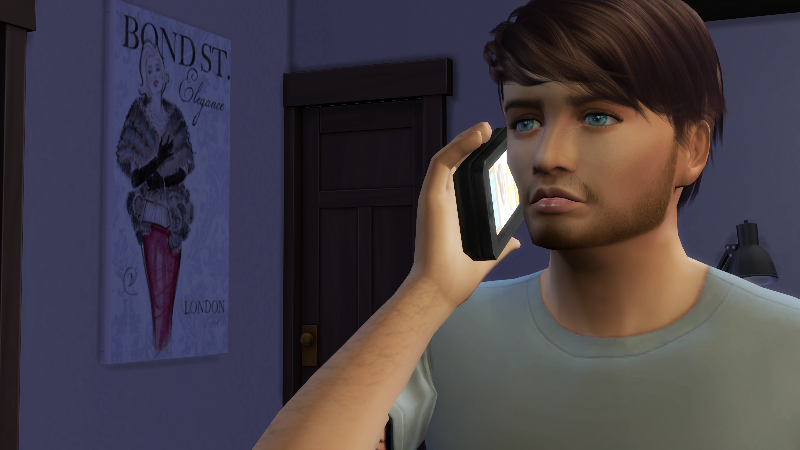 The next morning, Cole decided he would take the day off even though he had just gone back to work. He called to let his staff know.  Fixing things with his family was much more important right now. He and Avery needed to talk and he couldn’t bear to come home to her in the same state again. 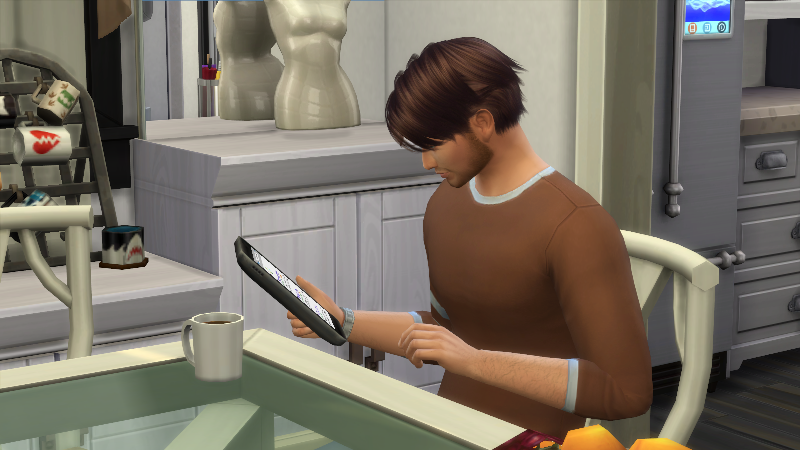 He was sitting down with his coffee, going through ads for Nanny’s on his tablet when he heard the bedroom door open. He got up to go check on his wife.

He barely recognized her. It was obvious she had been crying and it crushed him.  He had no idea how to deal with her because he couldn’t understand why she was so miserable. He had hoped getting some uninterrupted sleep would help. 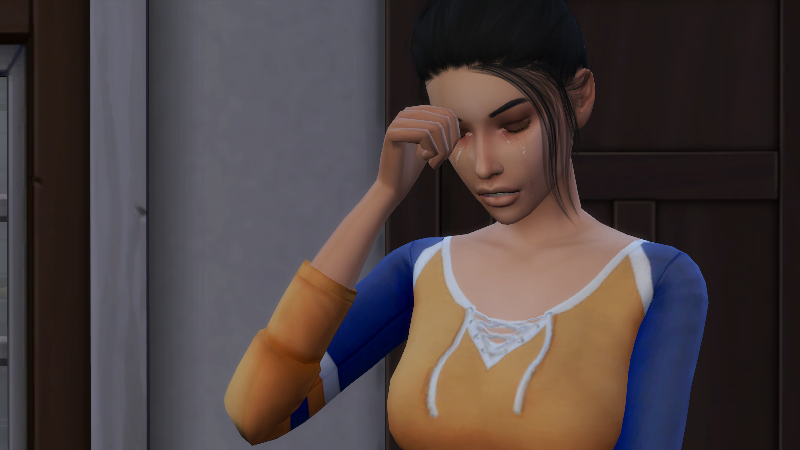 When she saw him standing there she burst into more tears. “I’m such a horrible mother,” she said through her tears, “The babies hate me, and you must hate me now too!”

He took her in his arms, but she stood stiffly, not yielding to him. “Shhh. It’s okay,” he said softly, “No one hates you. You’re just exhausted sweetheart.”

He released her since she wasn’t letting him hold her, although her tears had subsided. “C’mon, sit down. I have coffee made, and we need to talk before the babies wake up.” 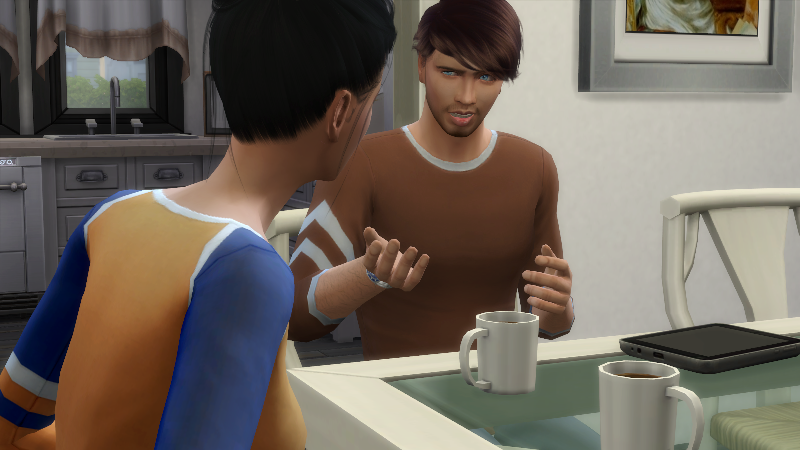 Right on queue, Ryan started to cry.  They could already tell whose cry was whose. Cole wasn’t at all surprised it was Ryan since he was the fussier of the two. Avery started to get up. “No!” he snapped, “Stay, drink your coffee. I’ll be right back.” 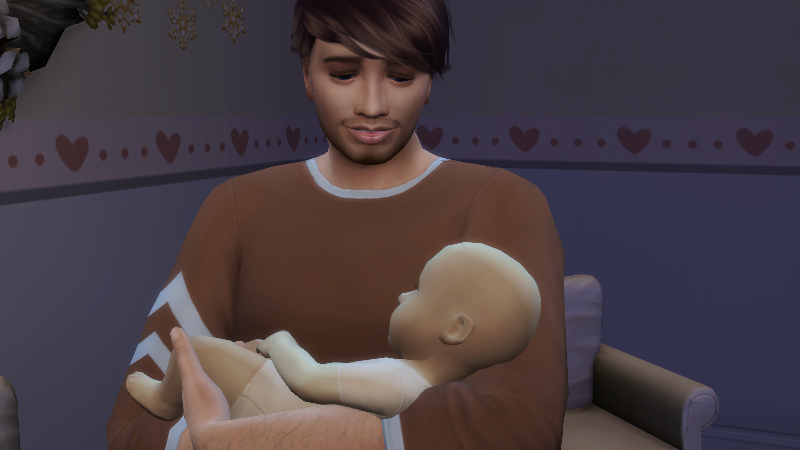 He went and gathered up his infant son before he woke his sister. He changed and fed him before rejoining his wife in the kitchen. 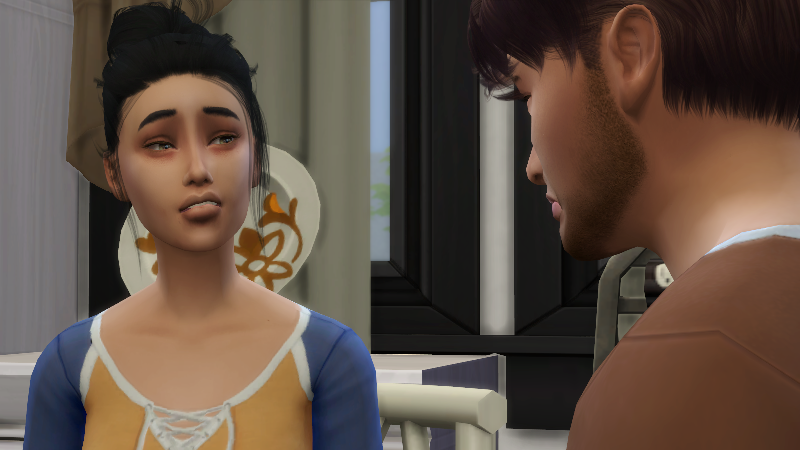 “You are so good with them. How do you do it?” she said when he returned, “I feel useless.”

“Baby. You are just stressed out. I should never have assumed one person could handle two infants alone. I’m so sorry,” said Cole trying to soothe her and shoulder some of the blame.

“But you did! All night.” she said defensively.

“Avery, I called my parents as soon as you went to sleep,” explained Cole. 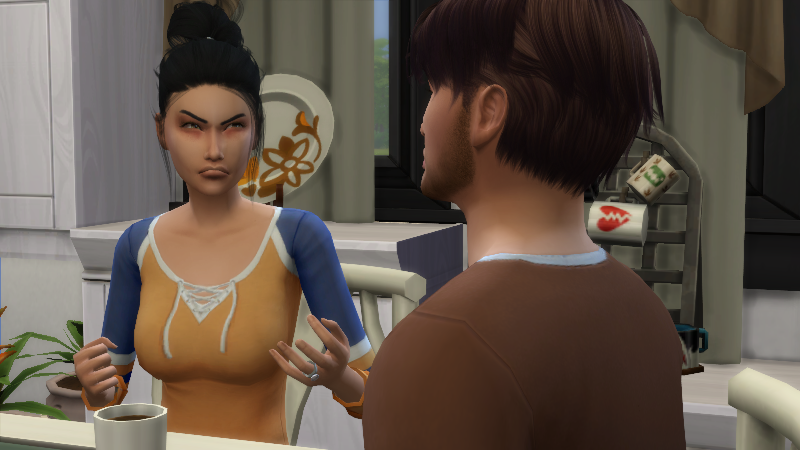 Avery was suddenly furious. “You called them? And I was was sleeping and not helping? How could you?  They probably hate me now too! Oh god!” She jumped up, ran into the bedroom and slammed the door, waking up both babies.

Cole was at a loss. They had never really fought before. Everything had always been so easy with them. And now, with the door slam, everyone was crying again. He went to pick up his phone when he heard the bedroom door open and saw Avery stoically walk out of the bedroom towards the stairs. 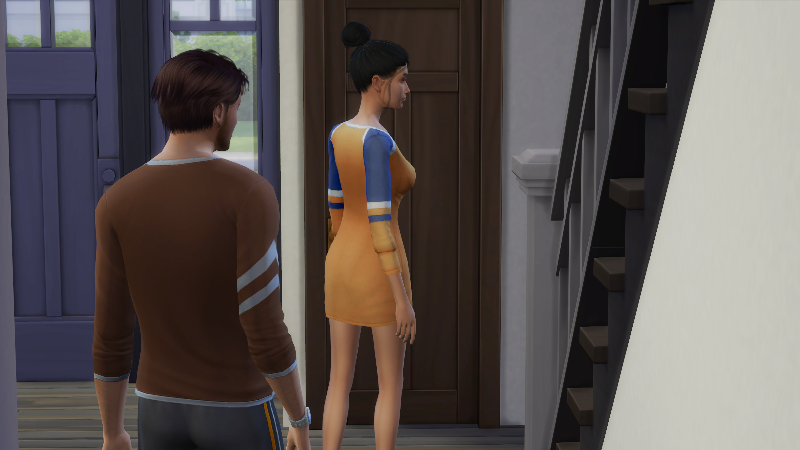 Cole sighed with relief as he put down the phone and followed her up the stairs to the nursery.

Thankfully, as soon as she picked up Reagan, the little girl instantly quieted. Cole picked up Ryan, who also calmed and was on the verge of sleep. “She loves her mother best,” whispered Cole. “I’m sorry I upset you Avery. We will figure this out together.”

She turned and looked at Cole…tears streaming down her face. “I don’t know what’s wrong with me. I’m not good at this, she said as she fed Reagan.

“Looks like you got it now sweetheart,” said Cole smiling trying to encourage her. 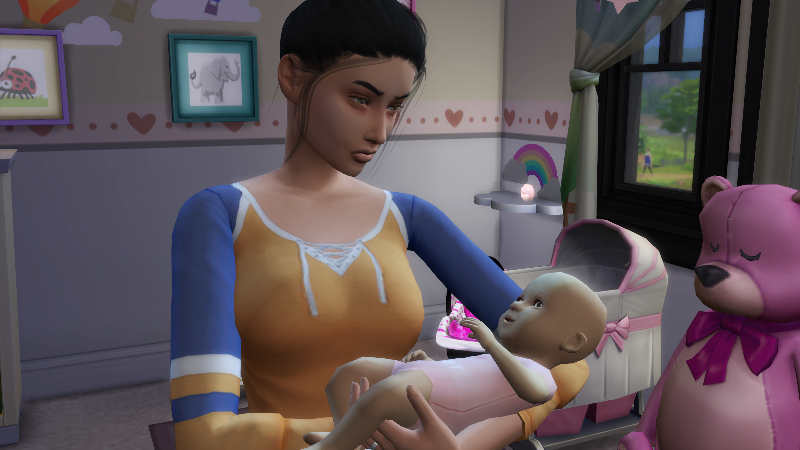 Avery looked at the little bundle in her arms as if it were an alien that might suddenly attack her. “She’s only quiet because you are here,” she grumbled. 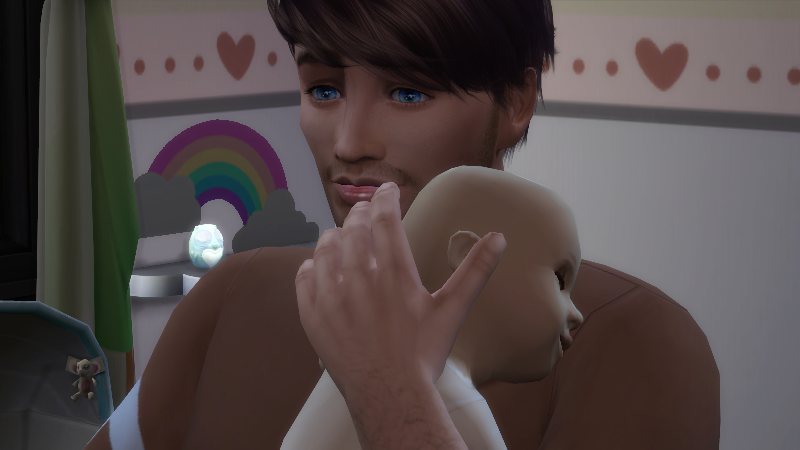 Cole didn’t know what to say to make her feel better. “No. It’s because she’s in her mother’s arms,” he whispered, so as not to disturb the baby now asleep in his arms. “Let’s see if we can get them to stay in their crib for a few minutes. We still need to talk.”

They laid the twins back in their cribs, and mercifully, they remained asleep. 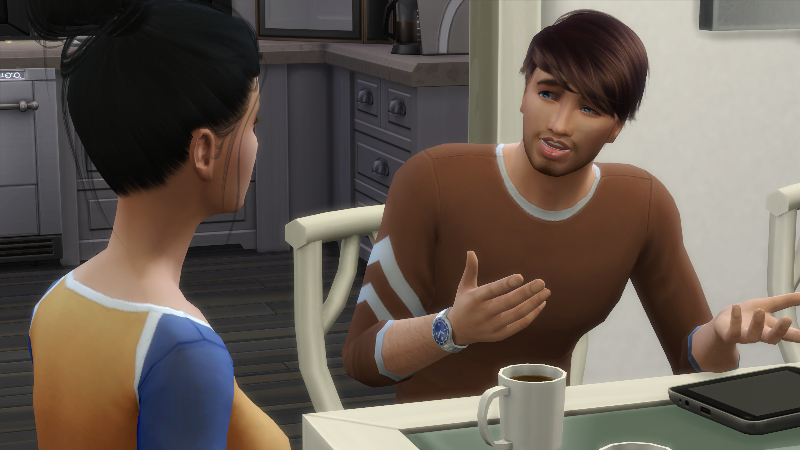 Cole and Avery sat back down with their coffee. “I think we should get a Nanny. Preferably a live in,” he blurted out.

“So, you’ve already decided,” accused Avery, beginning to tear up again, “it’s because you don’t trust me isn’t it?  That’s why you didn’t go to work today.” 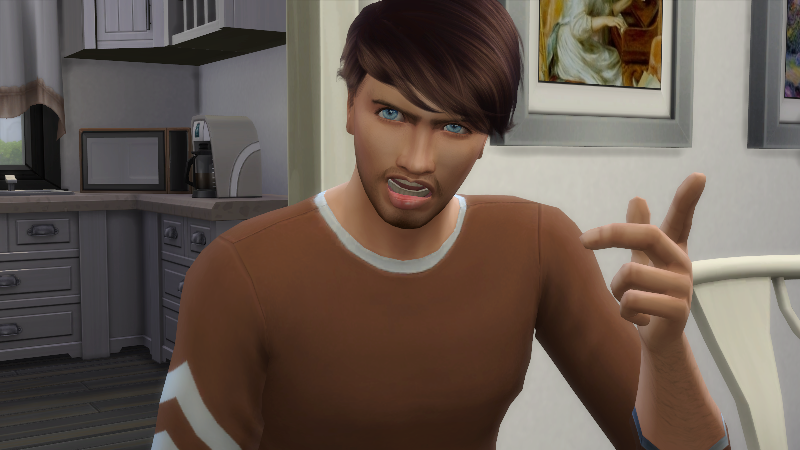 Cole was beginning to get upset. He felt like he was talking to Yasmine again, and it grated on his nerves.  “No Avery!” he said harsher than he intended, “It’s too much for you. Maybe Mom can help until we get a Nanny.”

“Avery, Mom’s worried about you. Me too. I’ve never seen you cry so much. If at all. When you see the doctor on Monday, you need to tell him how you feel.” 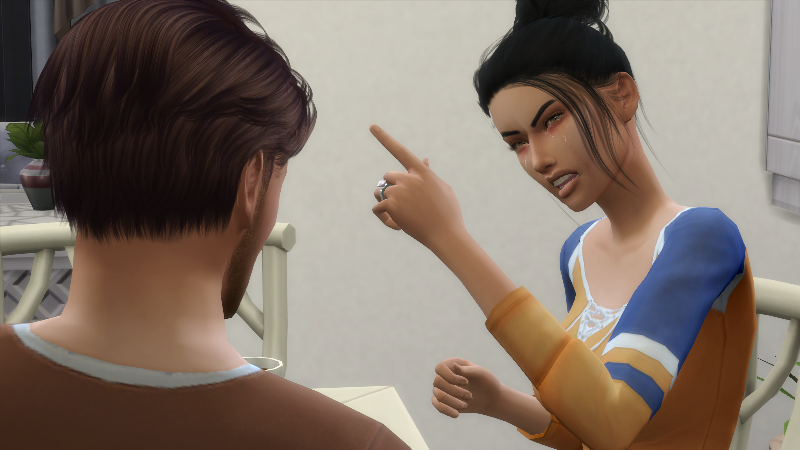 “You just don’t understand!” exclaimed Avery, “I had to carry those monsters around inside my body for 9 months, I threw up everyday for months, gained 75 pounds, which I still haven’t lost, I have stretch marks on my stomach and boobs and probably my ass too! I haven’t been able to sleep all night for at least 4 months! Plus, I’m a terrible mother. I don’t get what you think is so adorable about crying, spitting up and dirty diapers. I thought I was going to get one sweet little baby to cuddle, like Phil, and instead got two crying baby blobs! So, yes, Cole, I’m JUST a little stressed!”

After her rant, she burst into tears again and ran back into the bedroom. At least this time, she didn’t slam the door. 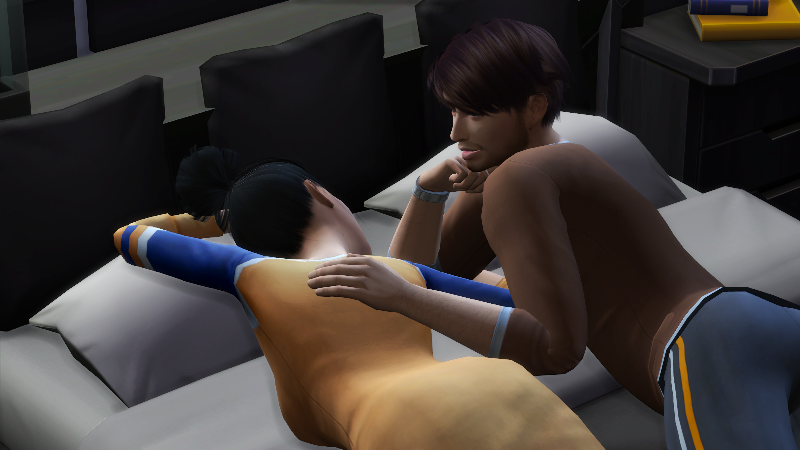 Cole followed her in. She couldn’t run away every time she was upset. He laid down on the bed next to her and rubbed her back while she got control of herself. “I’m sorry Avery,” he said gently, trying his best to keep his own emotions in check. He was shocked how badly she was dealing with everything. How could he be so ridiculously happy and his wife be so completely devastated? He was truly worried about her. 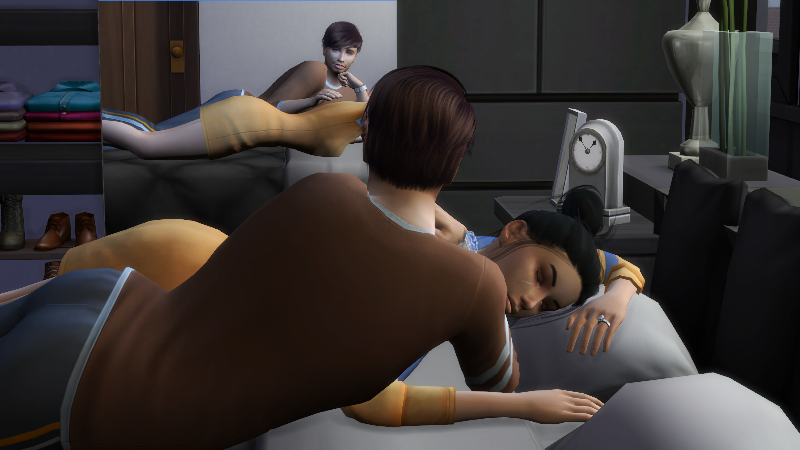 “You’re right sweetheart,” he continued, “I don’t know. But I do know, you can’t go on like you are. You’ll have a breakdown. We’ll hire a live-in Nanny and, as soon as we are sure they are going to work out, you can go back to work. In the mean time, you need to talk to the doctor about how you feel. He can maybe give you something to help you cope with your stress levels.” 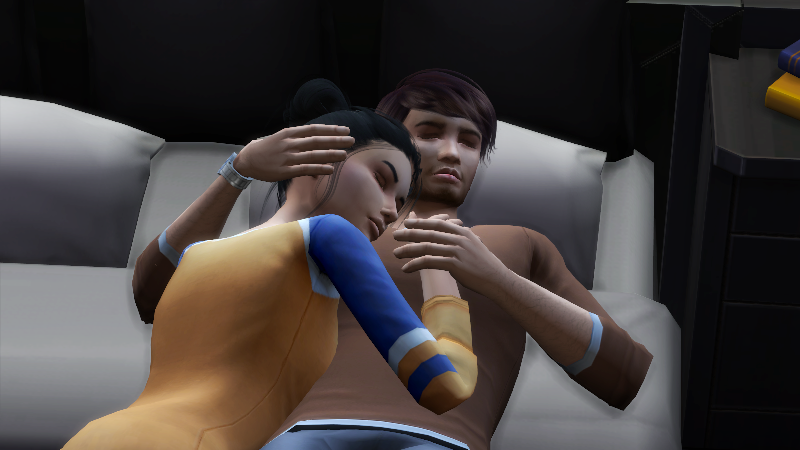 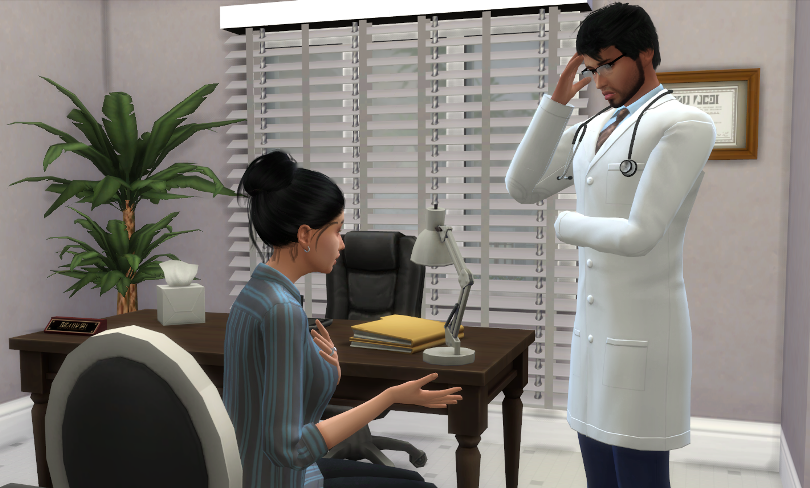 The doctor determined Avery did have severe postpartum depression and put her on anti-depressants. He also recommended therapy, which she adamantly refused, insisting she would be fine as soon as she got back to work.

The Nanny, along with the meds, seemed to help Avery begin to get back to normal.  She was taking care of herself and even going to the gym. 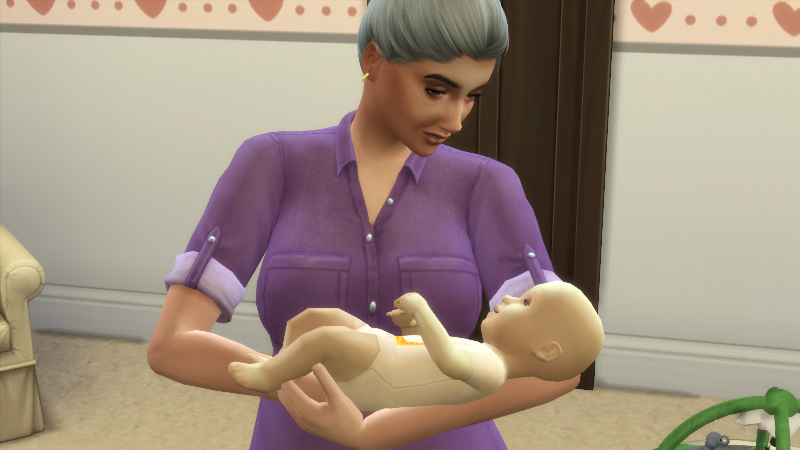 Fran, their new Nanny, was amazing and within a week, had the household running smoothly. She and the babies had taken to each other like flies to honey. 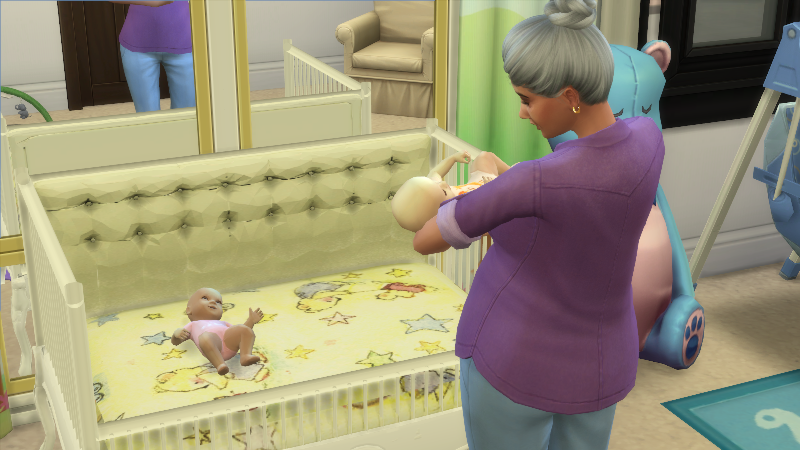 She also discovered, they were much happier when they were in the same crib. It was like a miracle, so they replaced the individual bassinets with one larger one and had happy babies. 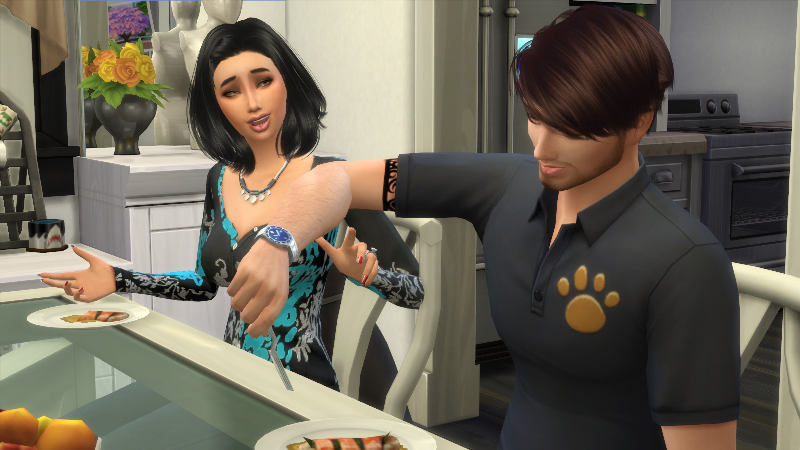 Three weeks later, when the babies were 3 months old, Avery told Cole she was ready to get back to work.

He was secretly disappointed wishing she would have changed her mind.  But he knew staying at home all day made her anxious, even on her meds, so he easily agreed. 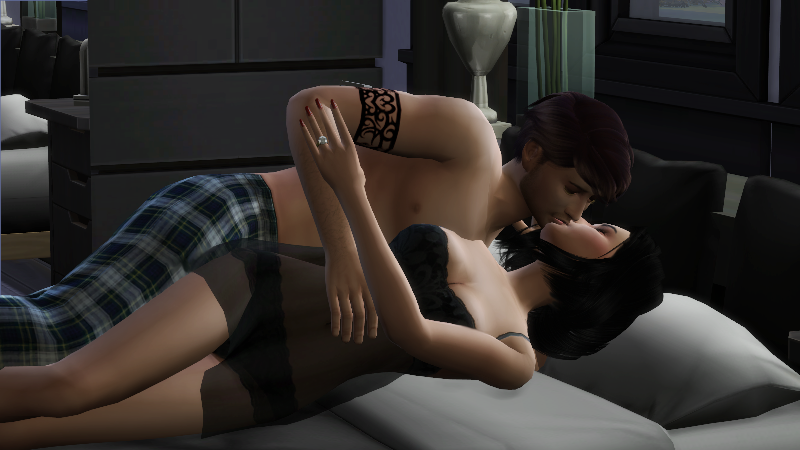 That night she let him know just how much better she was feeling, and in turn, made him very happy. It was the first time in over five months that they had been intimate. It seemed things were indeed turning around, and he was finally getting his wife, and his life, back.