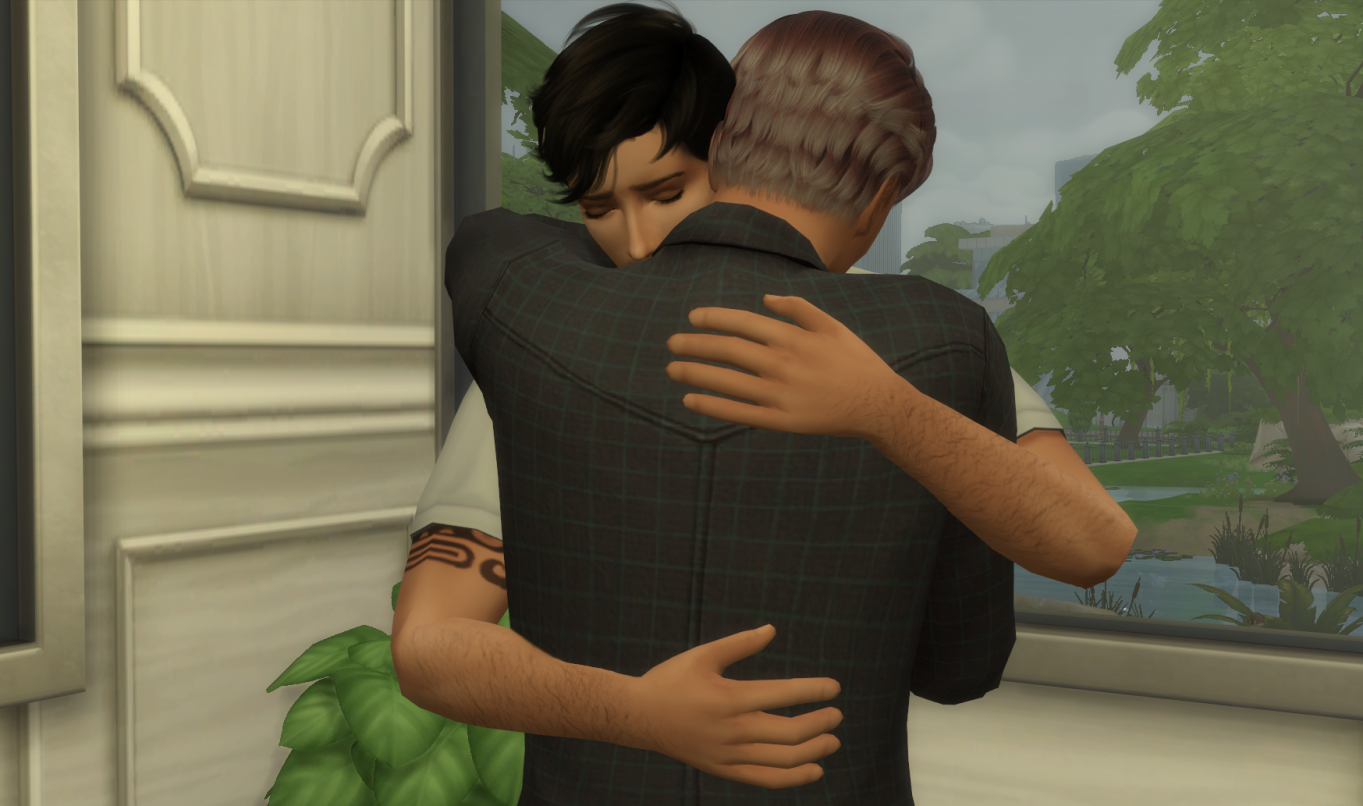 The two men lead Ryan and Evan up to the conference room at C&M.  That’s where Archer had set up to monitor ransom calls and try to find out where Reagan was. His father was sitting at the conference table looking sick, and it crushed Ryan. He walked over to him and hugged him, neither man speaking. They didn’t need to. 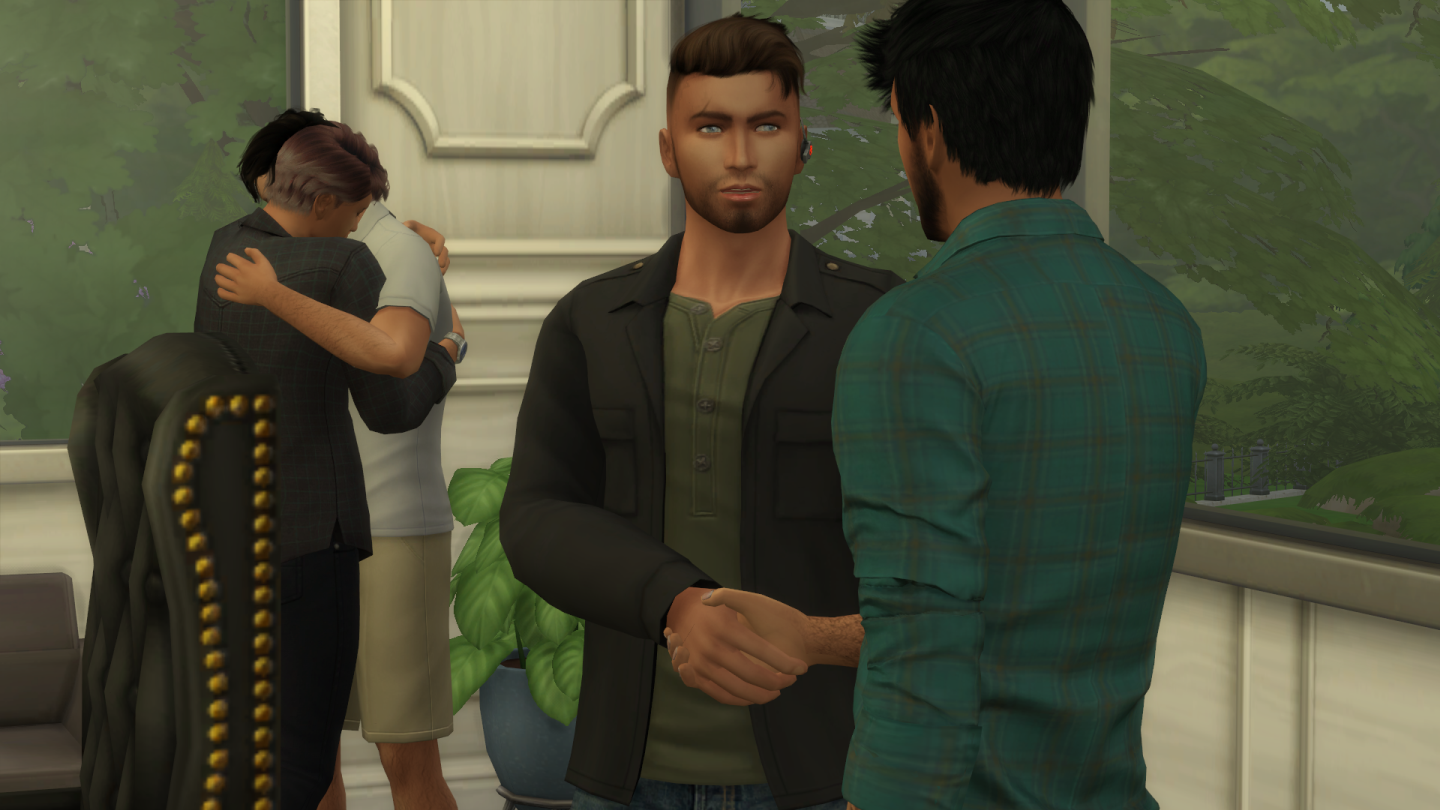 Archer shook hands with Evan and introduced himself. “I understand you wanted to treat me to dinner. When Carlton said who it was, I told him okay. We needed to pick you up, but we were more worried about finding Ryan. Didn’t expect him to be who called me back.” 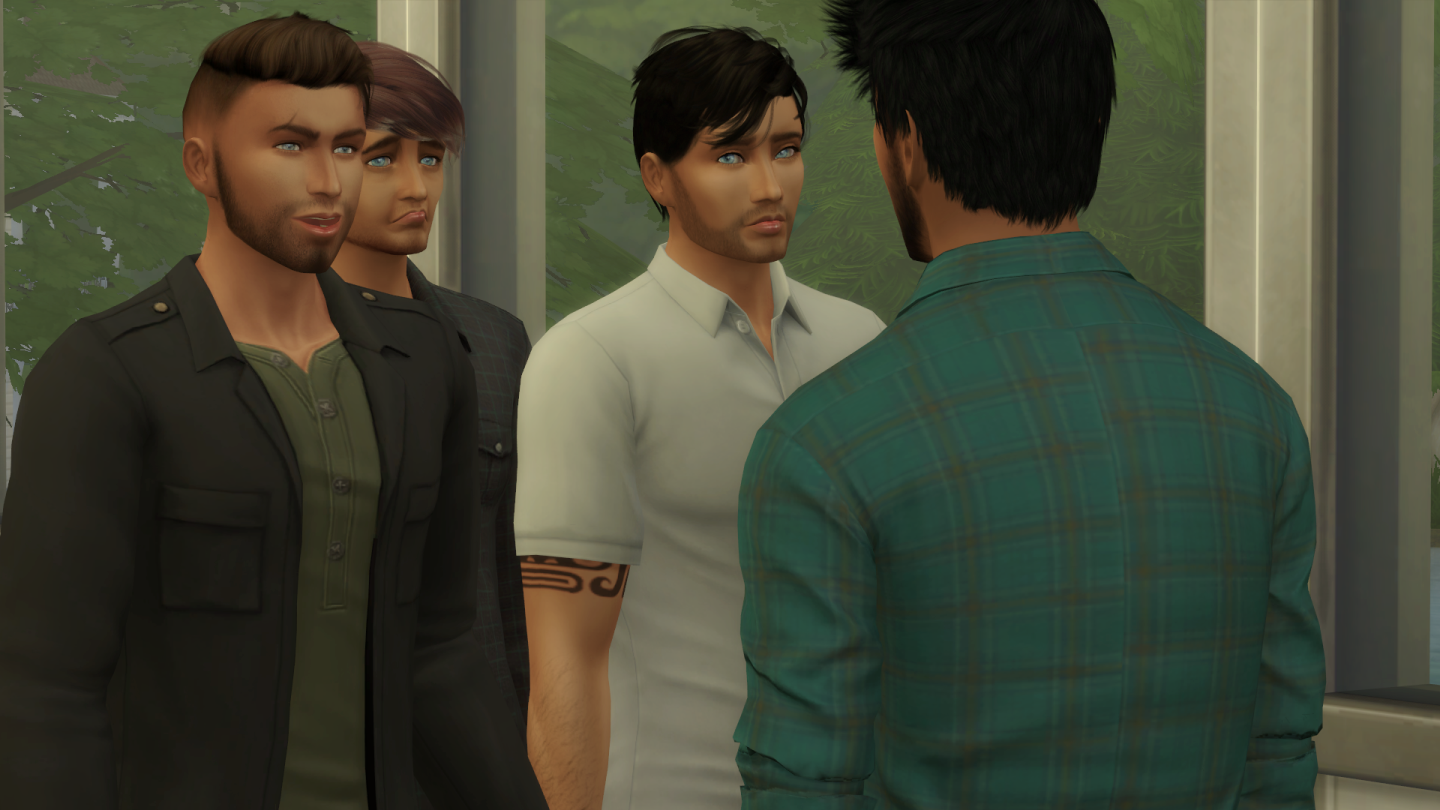 Ryan watched the exchange between the two men.  He had to admit, he was a bit intimidated by Archer, and he could tell Evan was too. He looked even harder than he did in school. “Have a seat. Evan, I need you to tell me everything you know, even if it seems insignificant.”

“Yes sir,” said Evan.  It seemed weird to Ryan to have him address him that way, but Evan didn’t know him. 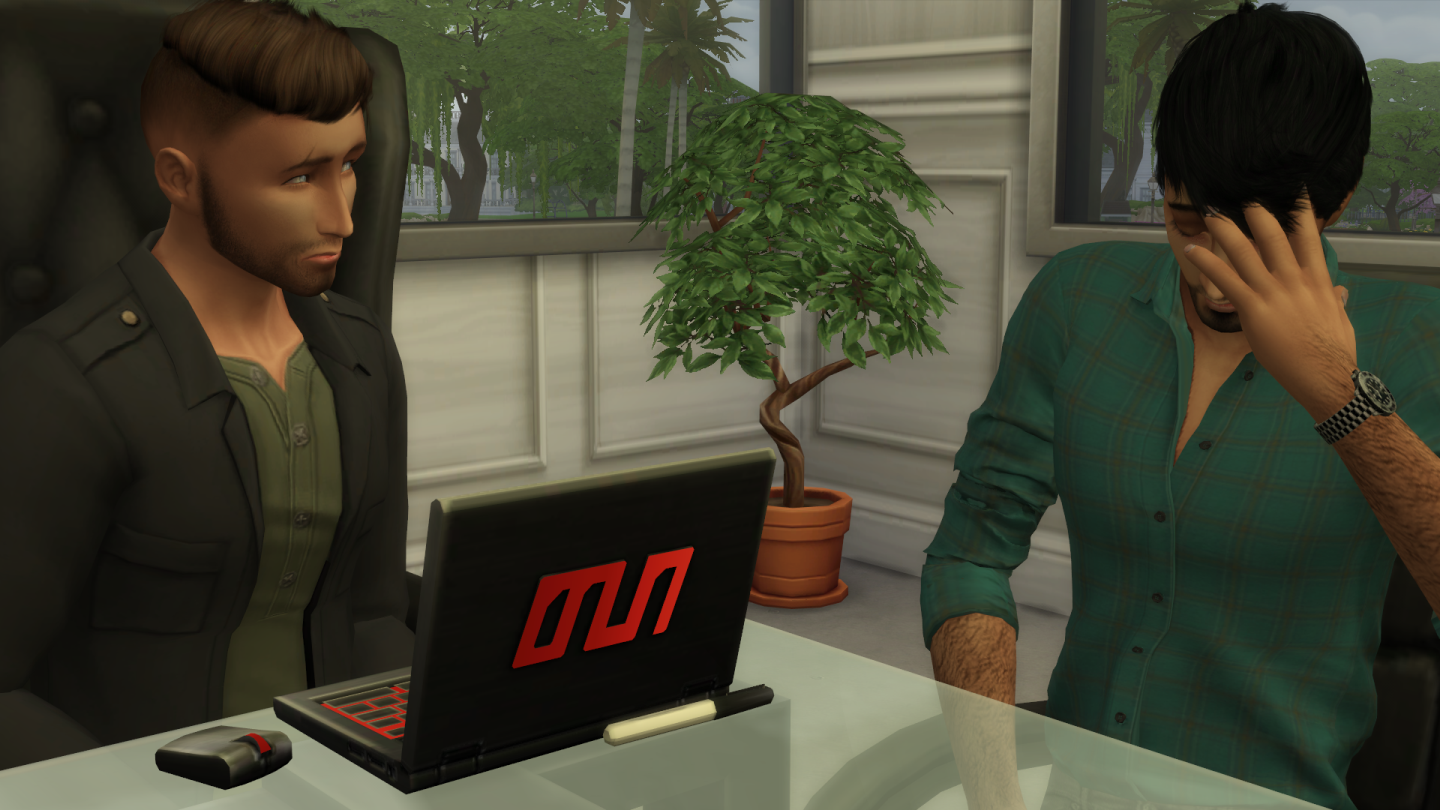 They all sat down at the table where three other men were busy on headsets and laptops.  Evan recanted the story for Archer making Ryan feel horrible for having punched him that morning. It was only this morning?  thought Ryan, it seemed like a week ago, so much had happened since then. Evan looked awful. He knew, Evan was in love with his sister. He just made some stupid ass decisions regarding his divorce. He really hoped they could find their way back. 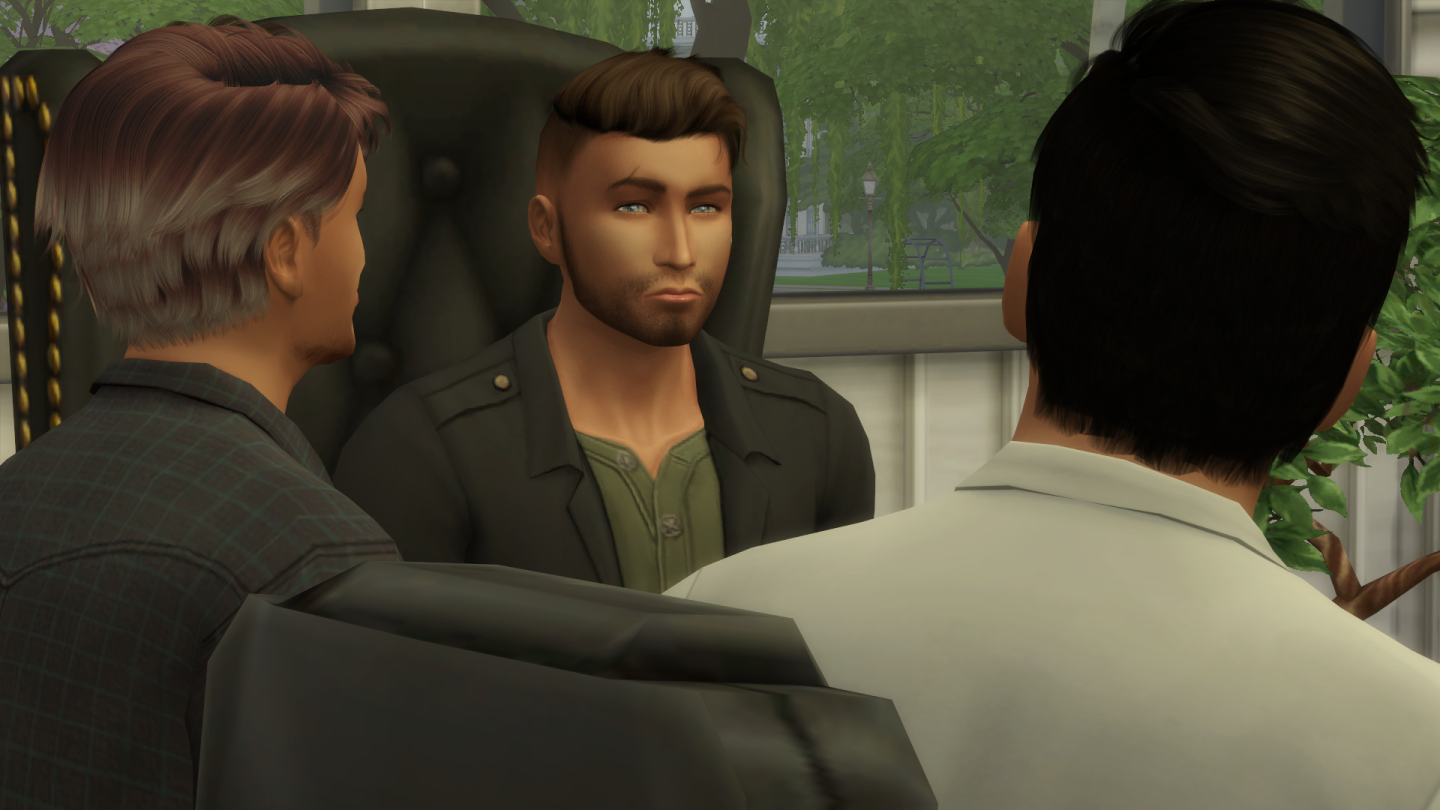 Then Archer looked at Ryan, and that’s when he noticed the pain in his eyes. He cared too. Whether it was love or friendship, he had deep feelings for her. “Ryan, we’ll find her and get her back. I promise,” he said. 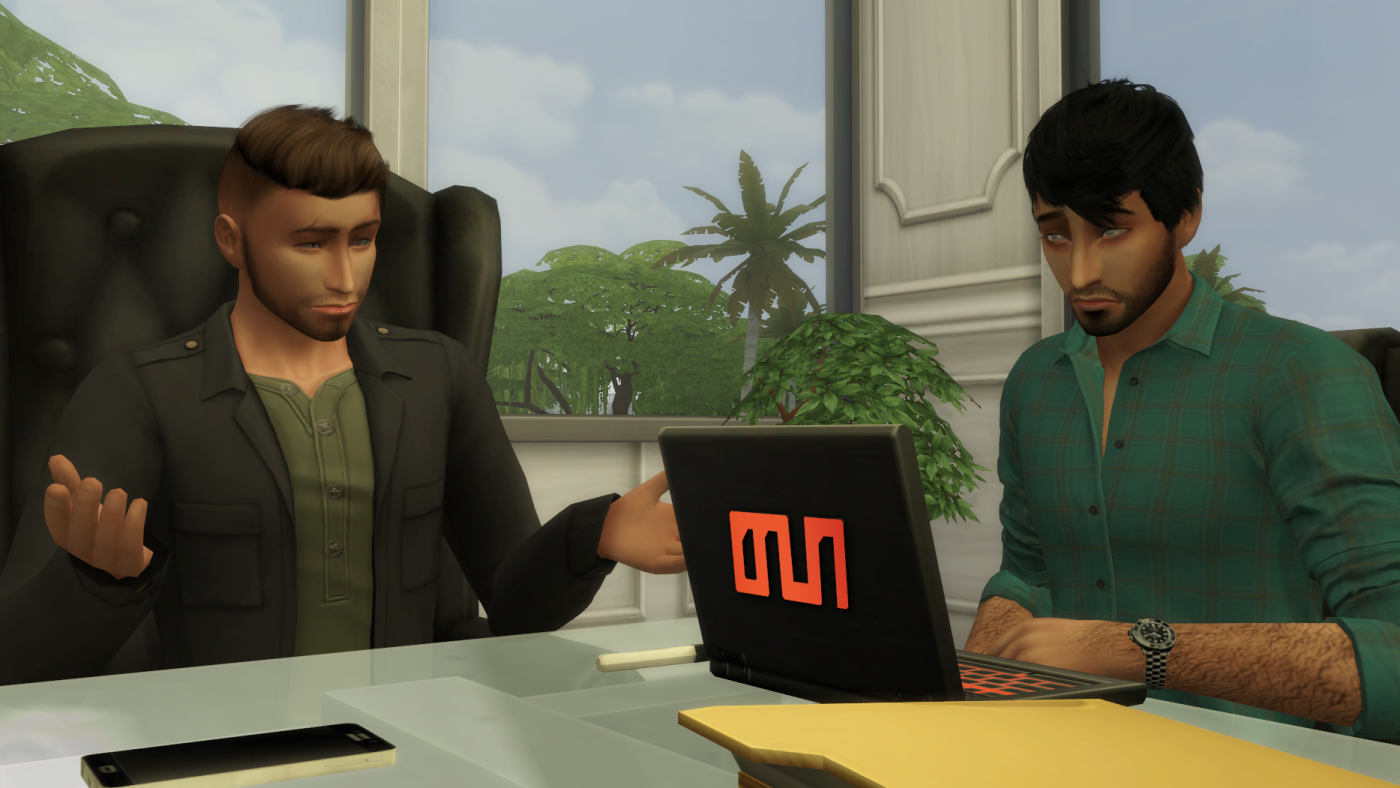 “Boss, I just sent you the file on Viviana,” said one of them men.  Archer nodded and pulled it up on his laptop.  He pushed it around so Evan could see it.  “The woman that was with Avery, is this her?” he asked.

Evan nodded. “Yes, only she had cold eyes. She wanted to pull the trigger. I could sense it.” 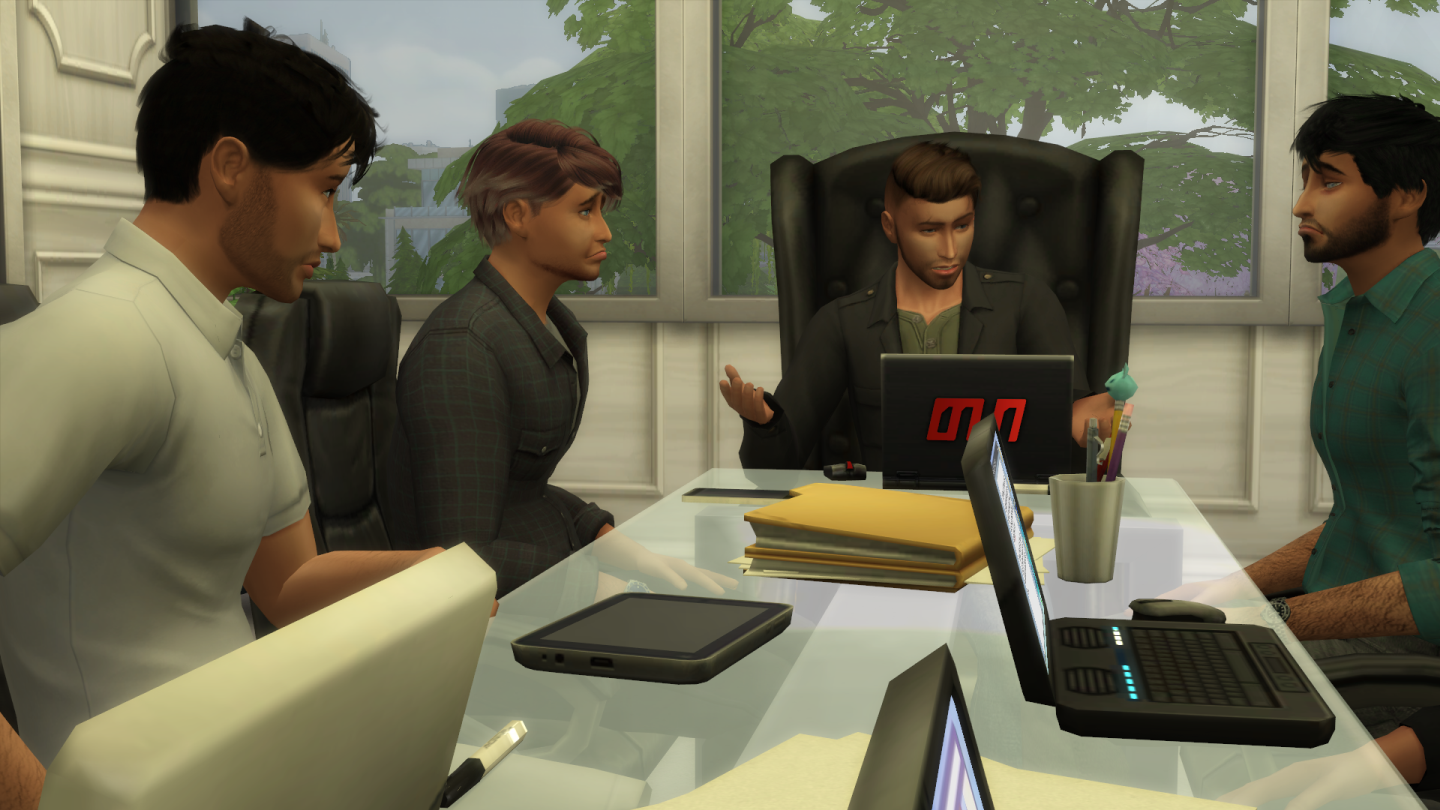 “Do you know what kind of gun she had?” asked Archer.

Evan shook his head.  “It was a handgun. Bigger than a little gun a woman might carry in her purse. I’m sorry, I’m not a gun expert. Maybe a Glock or Baretta.  Automatic with a clip in the handle. She knew how to use it.”

“That helps. We’re trying to figure out what we’re up against.”

“Ryan, or Evan, do you think Avery has access to guns? Or knows how to use them?” 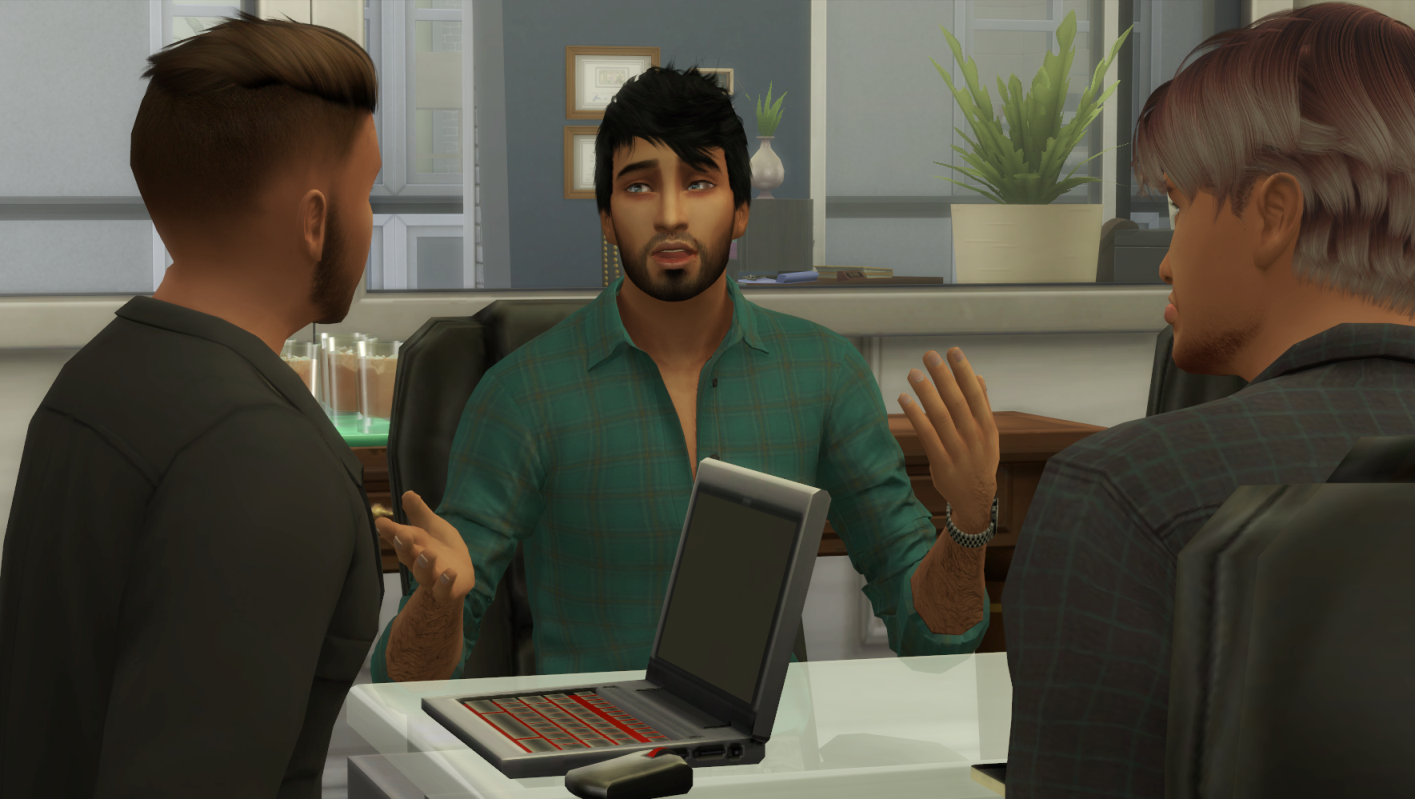 “Yes, the lady in the picture. I never knew her name.” 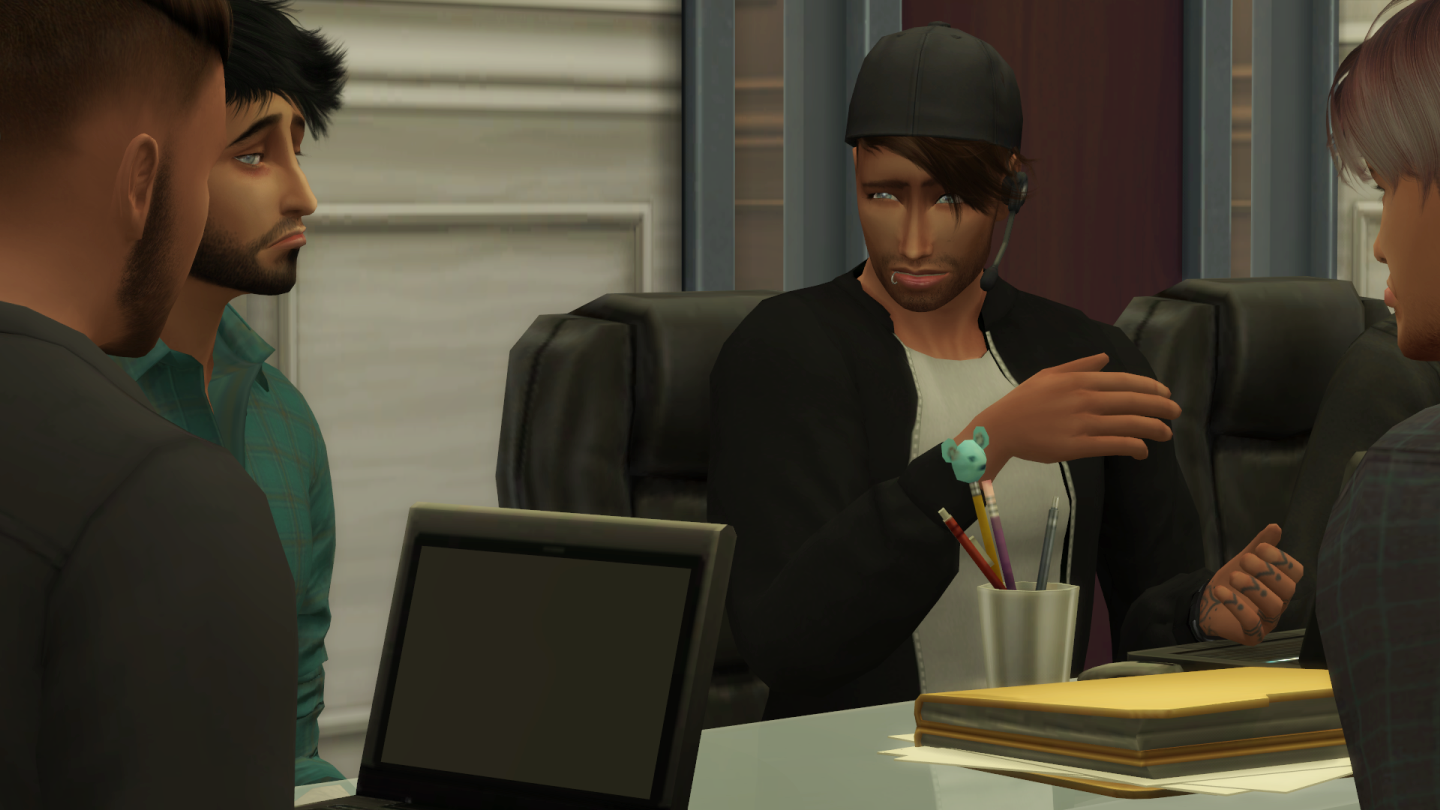 “She’s moving Boss!” called out one of the guys that Ryan thought looked familiar. “She’s coming this way. Maybe going back to the house?  She’s alone still, but she stopped and got food. Enough for three.”

“She’s going to take us right to them. Start getting ready to move,” instructed Archer before turning to Evan. “Are there any empty houses they could be hiding in?” 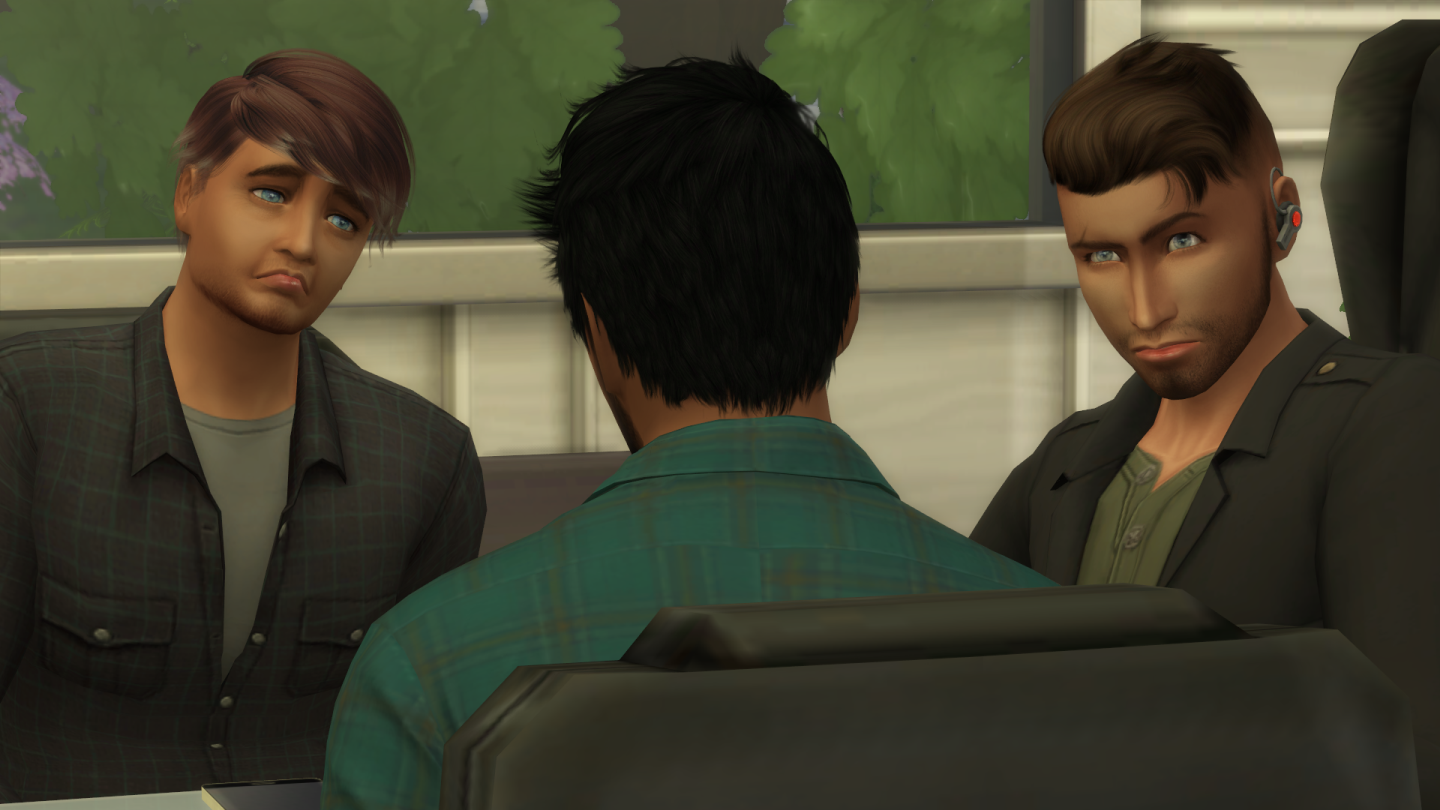 One of the men at the table called in the addresses to the guys in the field with instructions to check them out, but not move in. A few minutes later, an all clear came in. 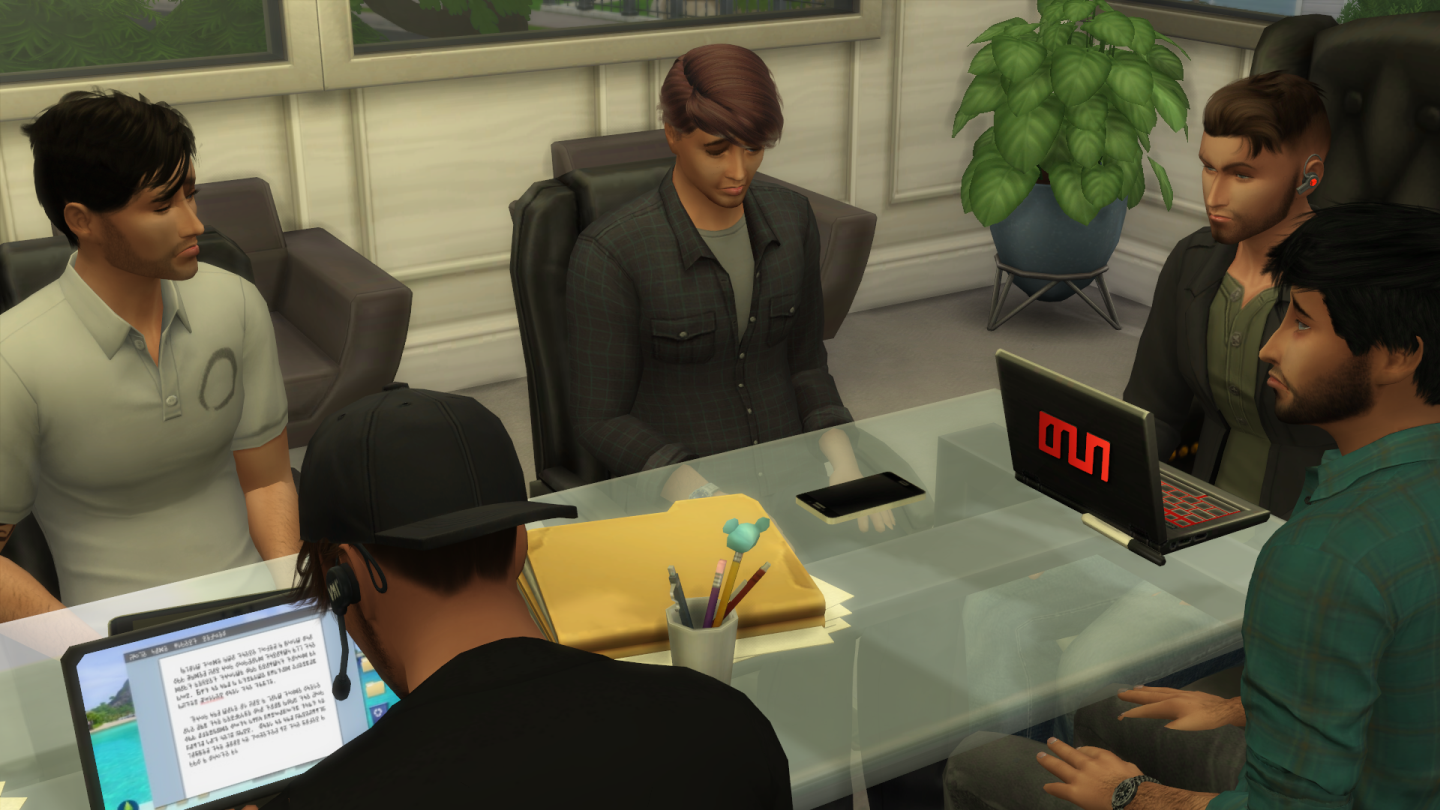 Cole’s cell phone rang, loud in the silent room, and everyone jumped and stared at it. “Quiet!” said Archer, “Answer it Mr. Murdock.”

“Hello,” said Cole, and Ryan almost came unglued. He hadn’t really thought about his dad  having to be in the middle of it all of this. He was holding up fairly well in spite of everything.

“You have the money?” said a digitized voice. 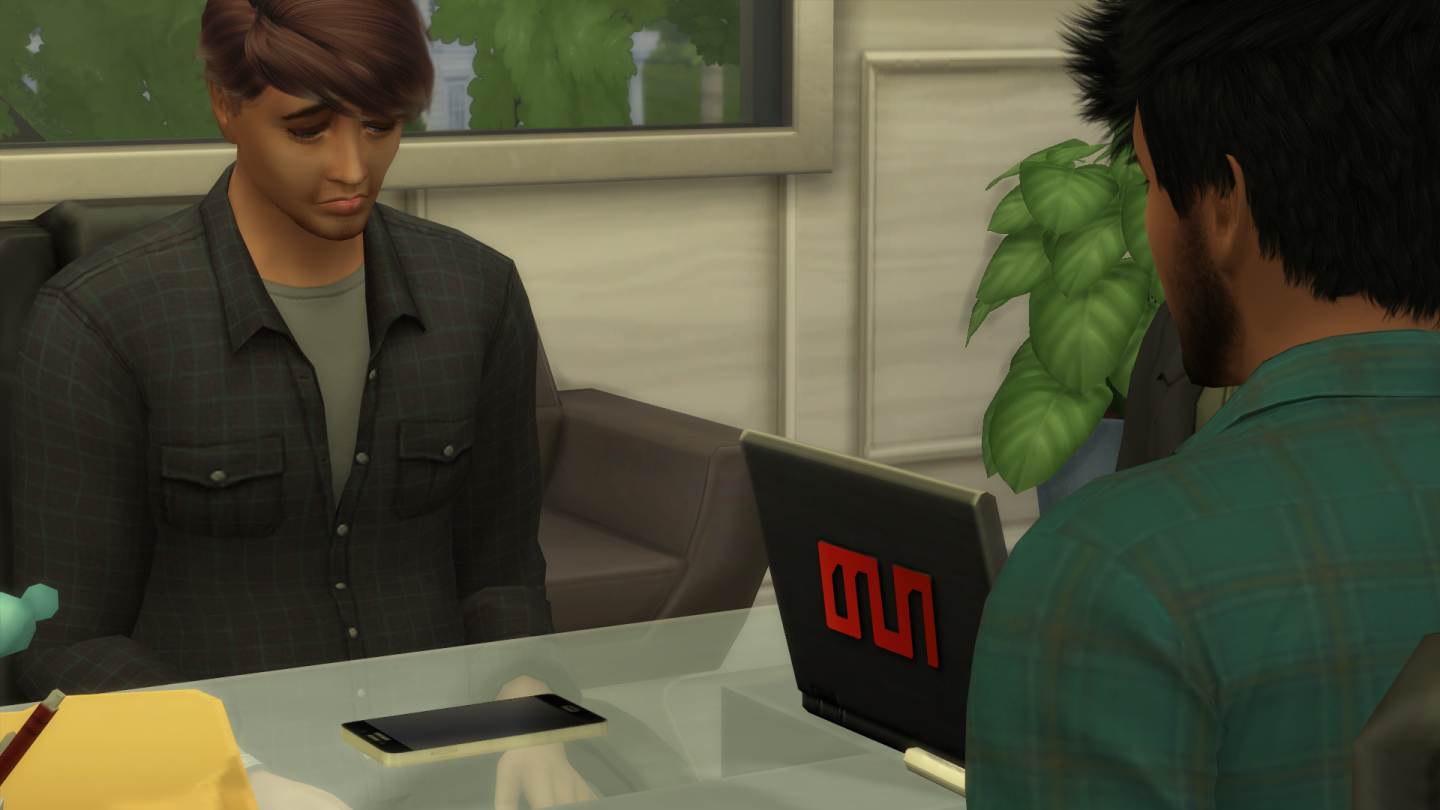 “Yes, I need to talk to Reagan,” he said and his voice hitched, “Make sure she’s still okay”

Reagan was crying “I love you Daddy,”

“Reagan…is it your mother?” asked Cole.

Before she could answer, they heard a scream in the background and then the woman’s voice also farther away, “I didn’t say you could answer questions you stupid little bitch.”  Then she was back on the phone. “I’ll call back,” said the digitized voice and the line went dead. 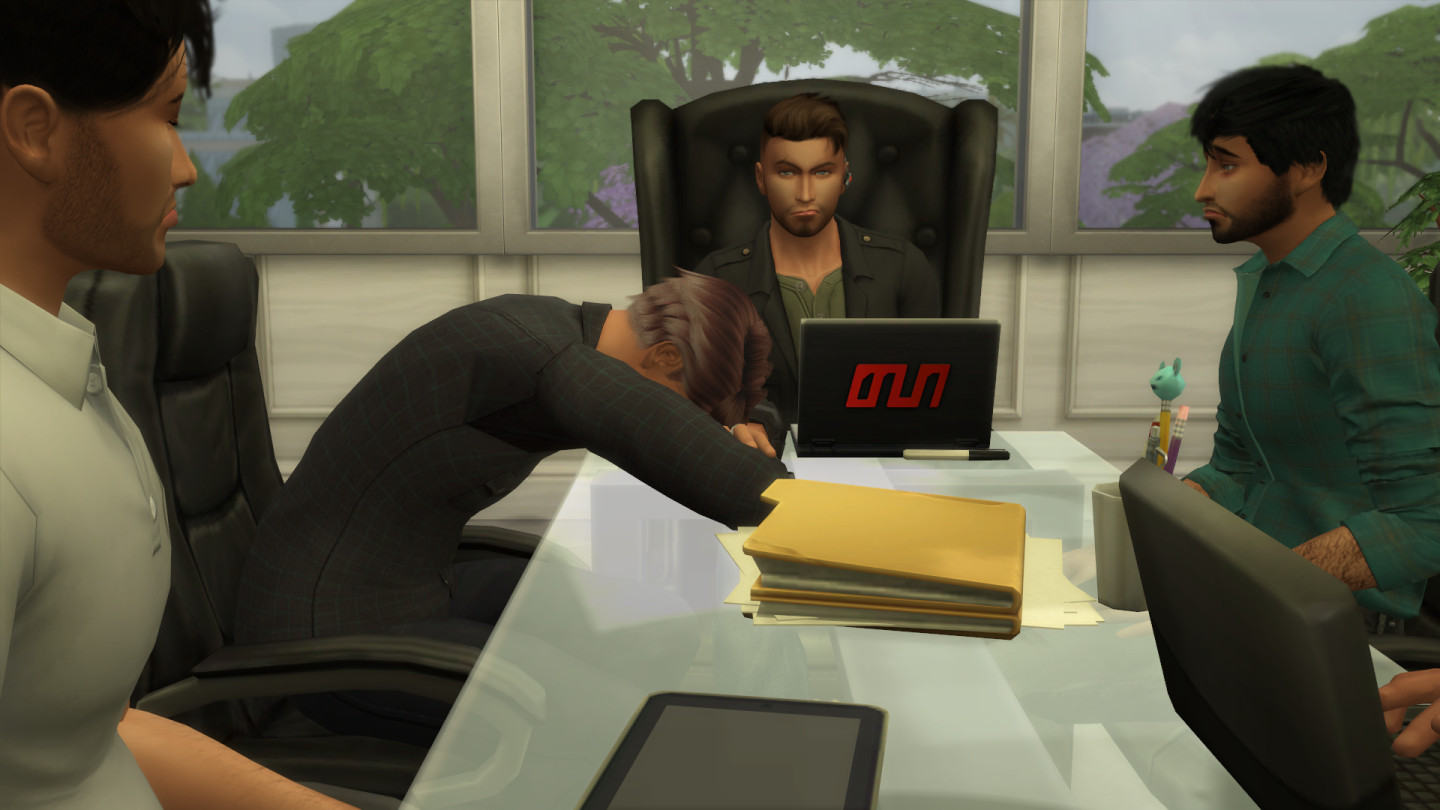 Cole put his head on the table exhausted.  Everyone was stressed and upset by Reagan’s scream and the volatility of the woman that was holding her. 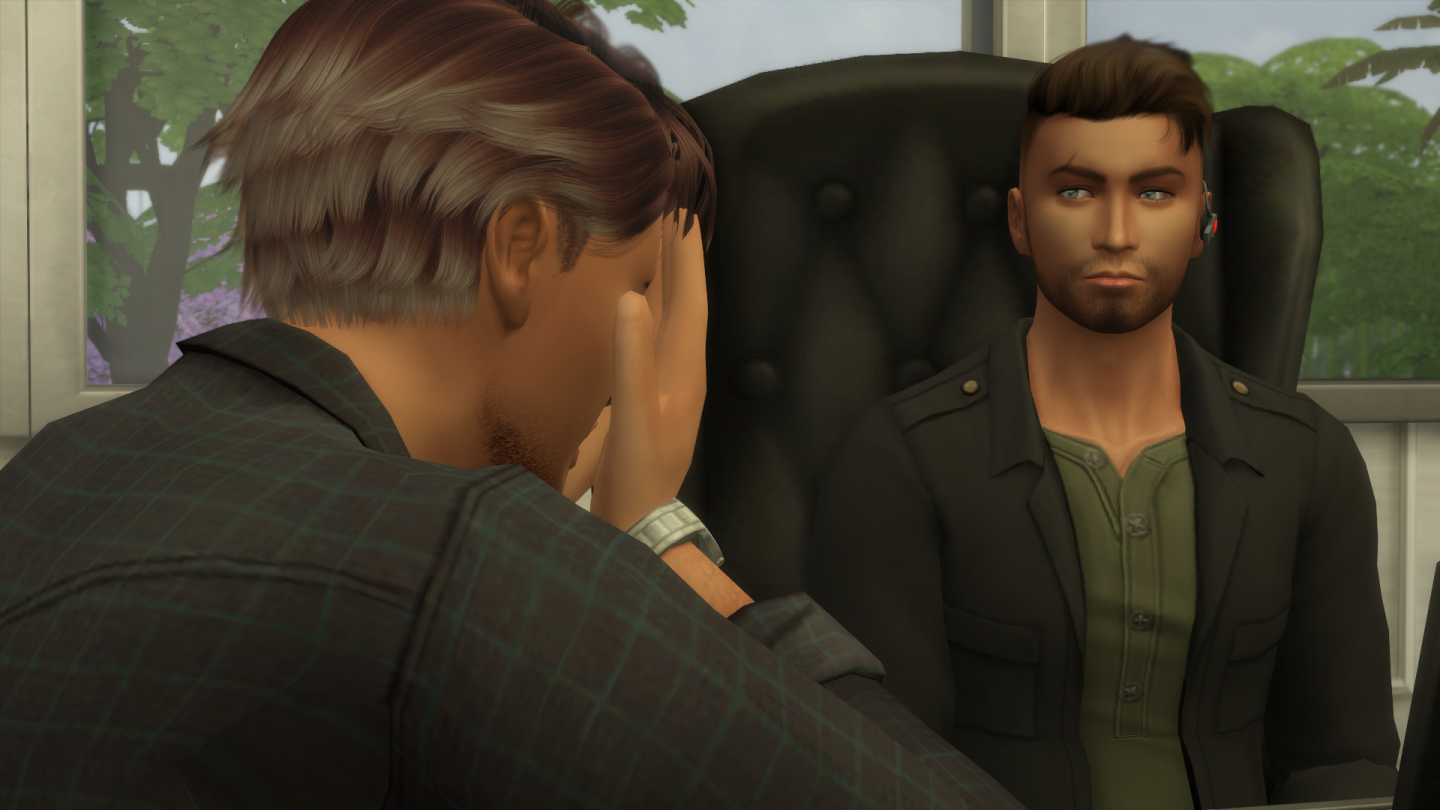 Cole sat up and rubbed his face and Archer addressed him firmly.  “That was good, but no more improvising Mr. Murdock. Just say what we tell you and answer their questions. The woman we believe has Reagan seems to be very dangerous, at least according to her boyfriend.” 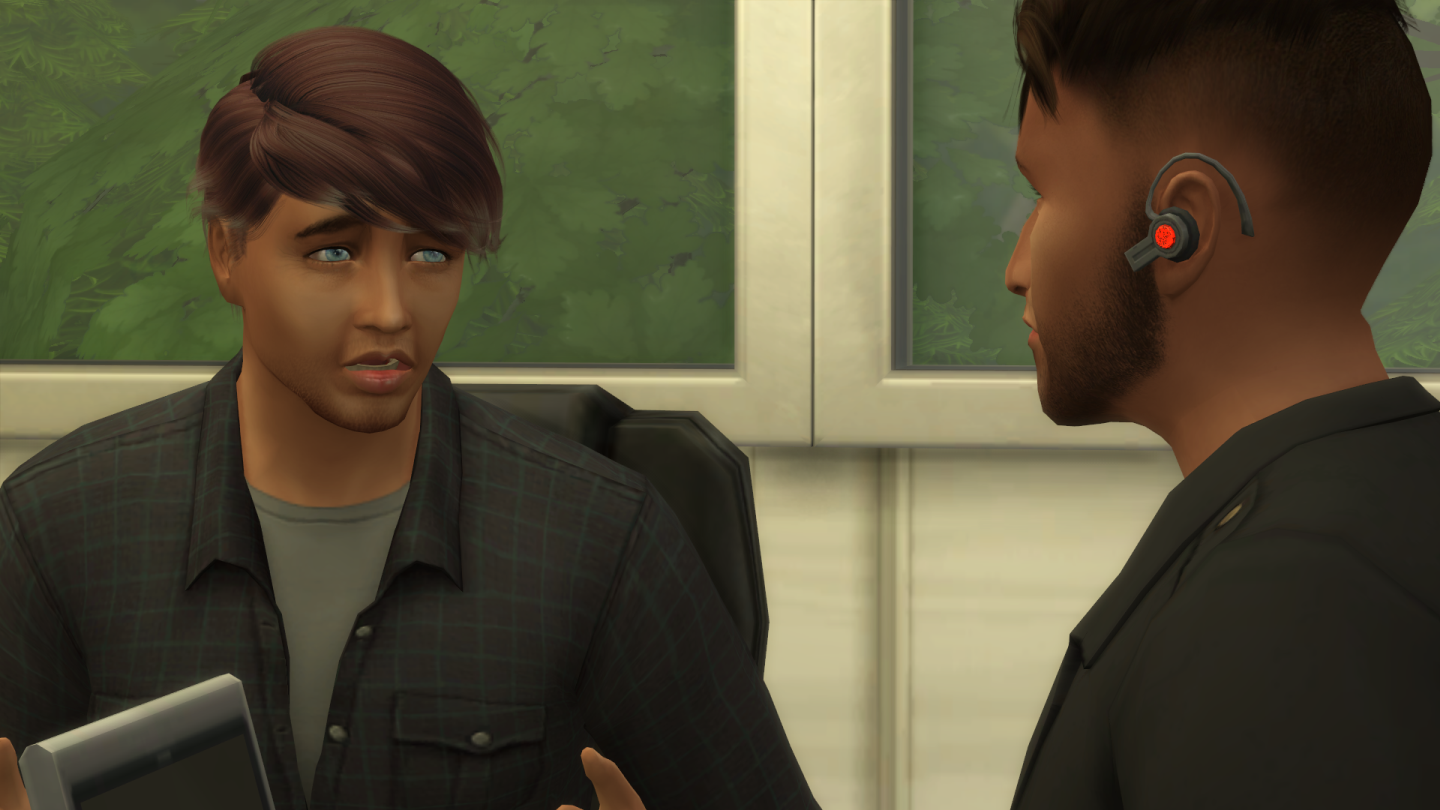 “I know Avery’s got to be a part of this too,” said Cole.

“We have a tail on her. So far she isn’t with them. She’s actually at Reagan’s house. Packing a suitcase. This is the hard part. Waiting. I know.”

“Mommy’s moving,” said one of the men watching a laptop. 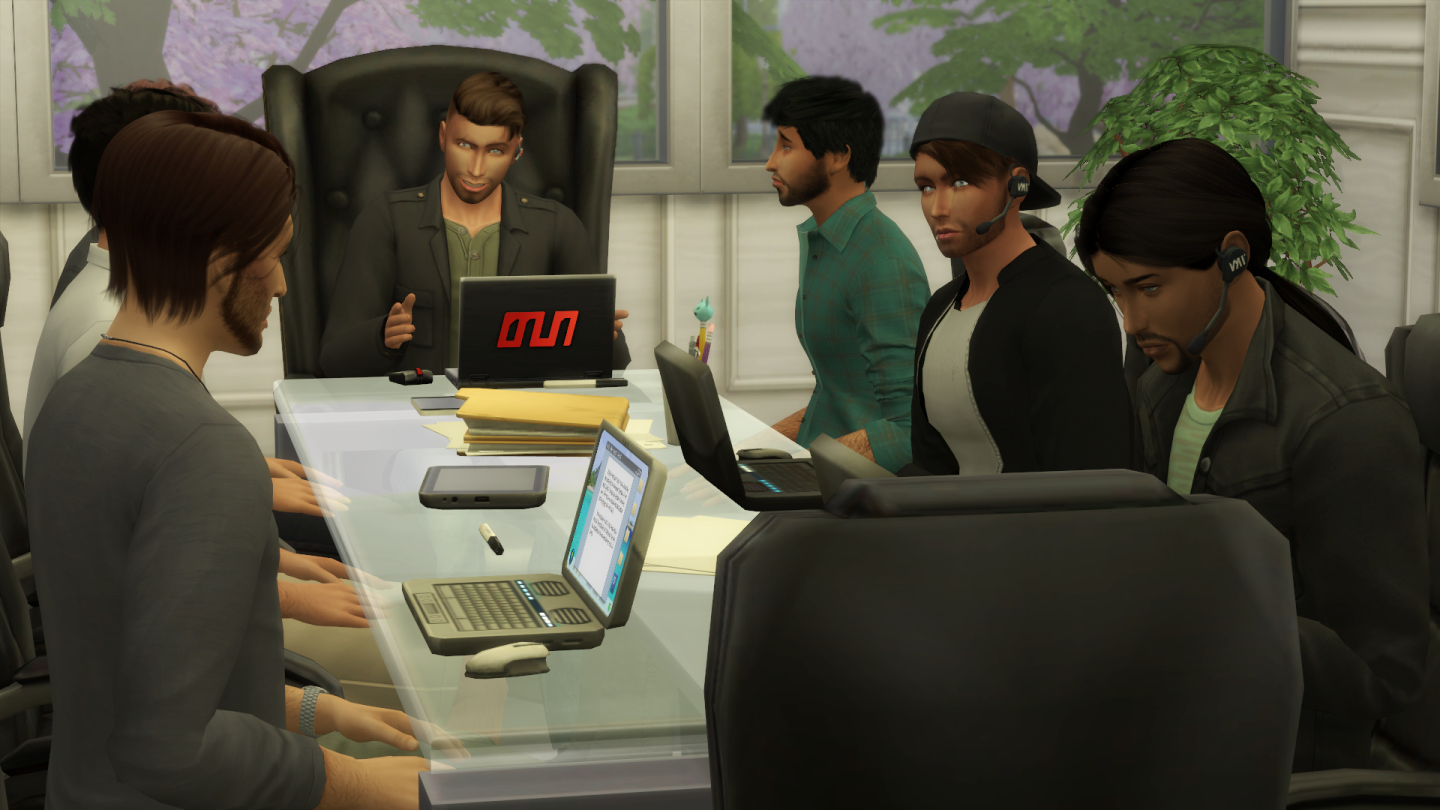 “Okay. Tail her, but don’t let her know and don’t pick her up. The woman with Reagan is unpredictable and has a quick temper. She’s already slapped her. If she doesn’t show up, she might go berserker on us.”

“She’s headed towards the Park,” informed the man.

“Holy hell. Let’s see where she goes,” said Archer, “She might be in the fucking clubhouse. Right under our Goddamn noses. But we have eyes there.  That’ll be even better.” 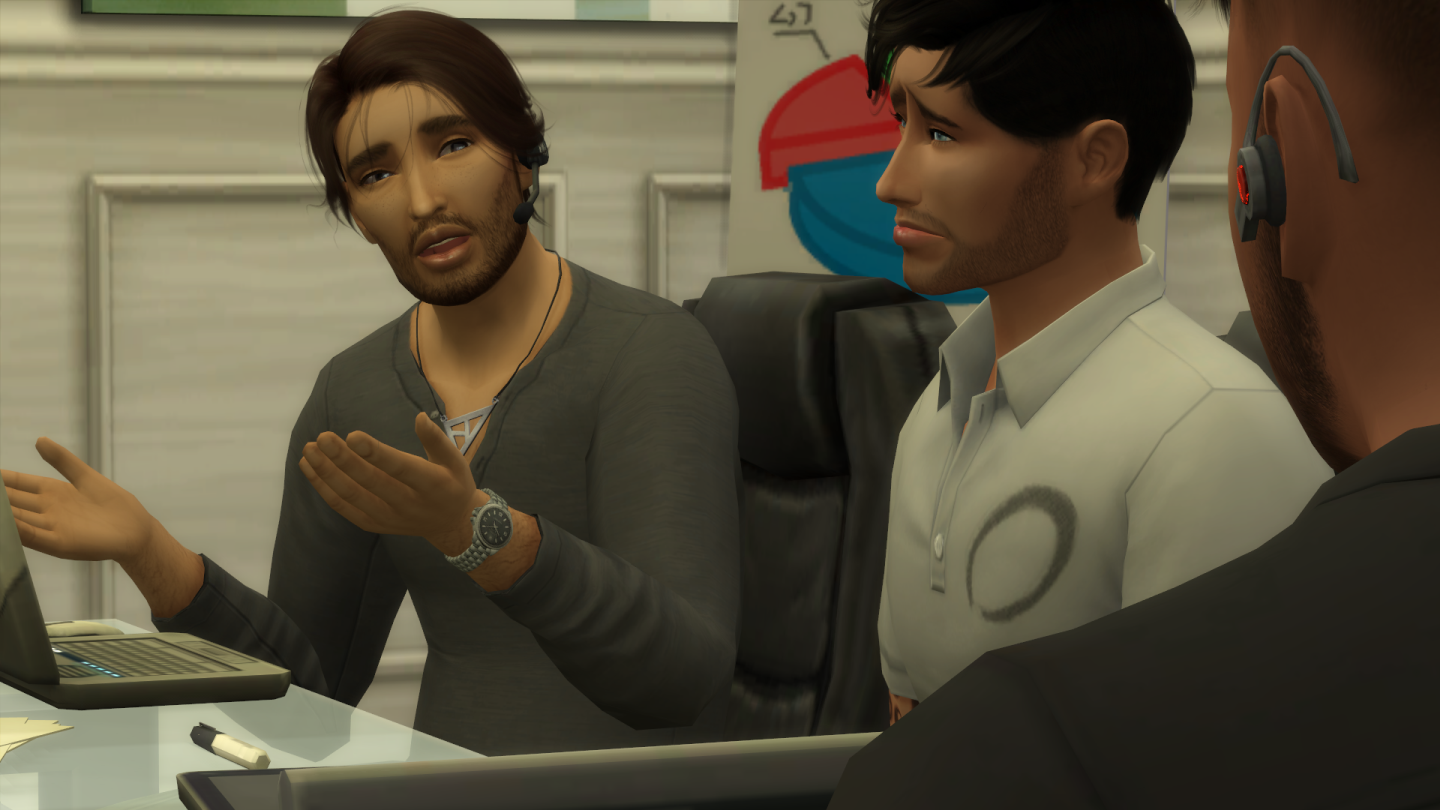 “She parked Boss. Across from the pool.”

“Let her go inside. We should be able to get the camera feed here.  Pull up C&M’s surveillance.”

“I’ll go get my laptop if that’s faster,” offered Evan.

“Reagan’s in love with him, right?” Archer asked Ryan as soon as he walked out. 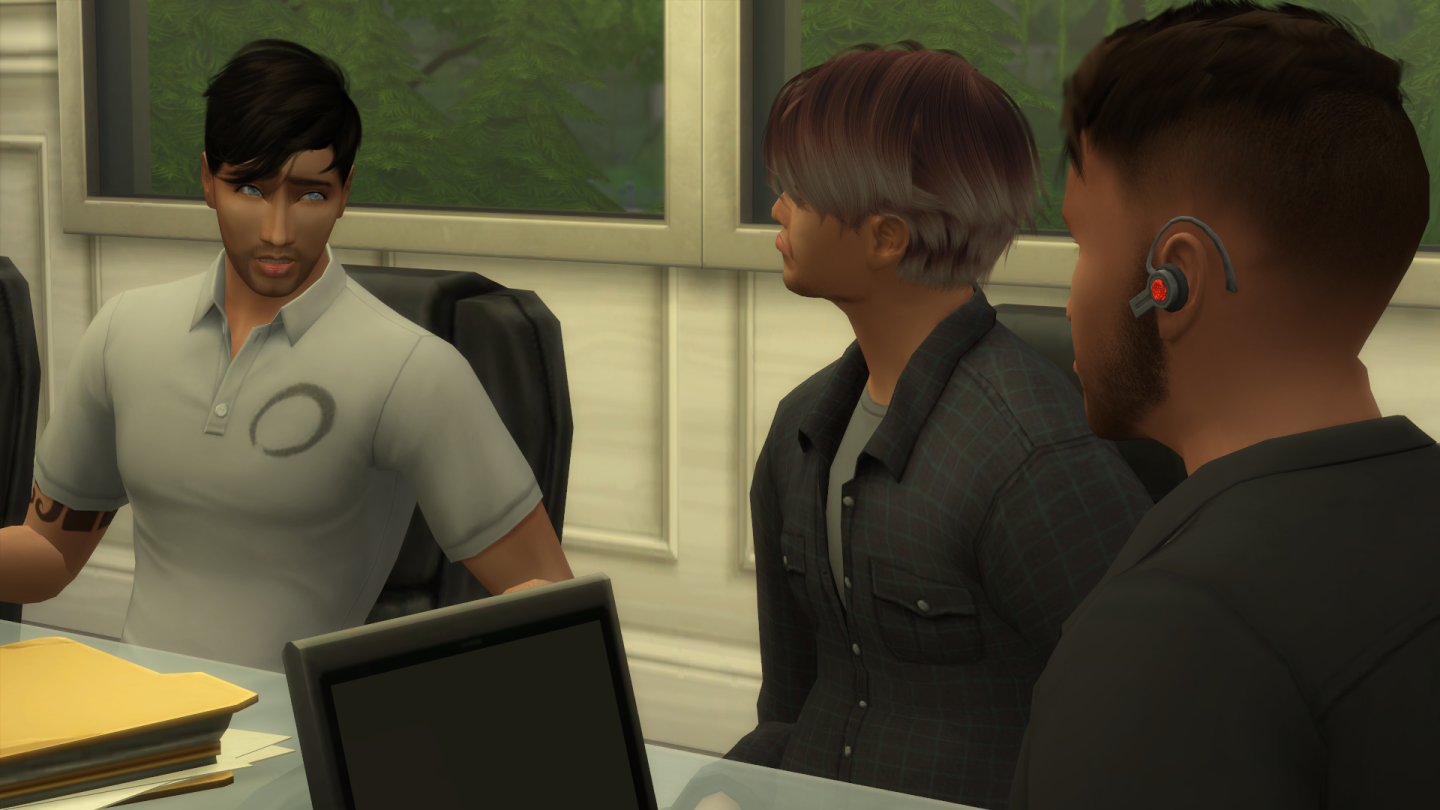 “She’s pissed as hell right now, you heard the story. But yes, she was, is.”

“She’s going to need someone she trusts after we get her out of there. I need to know if it’s him or you.”

“I love my sister, but, either him, or maybe even you. You saw her today. How was she?” 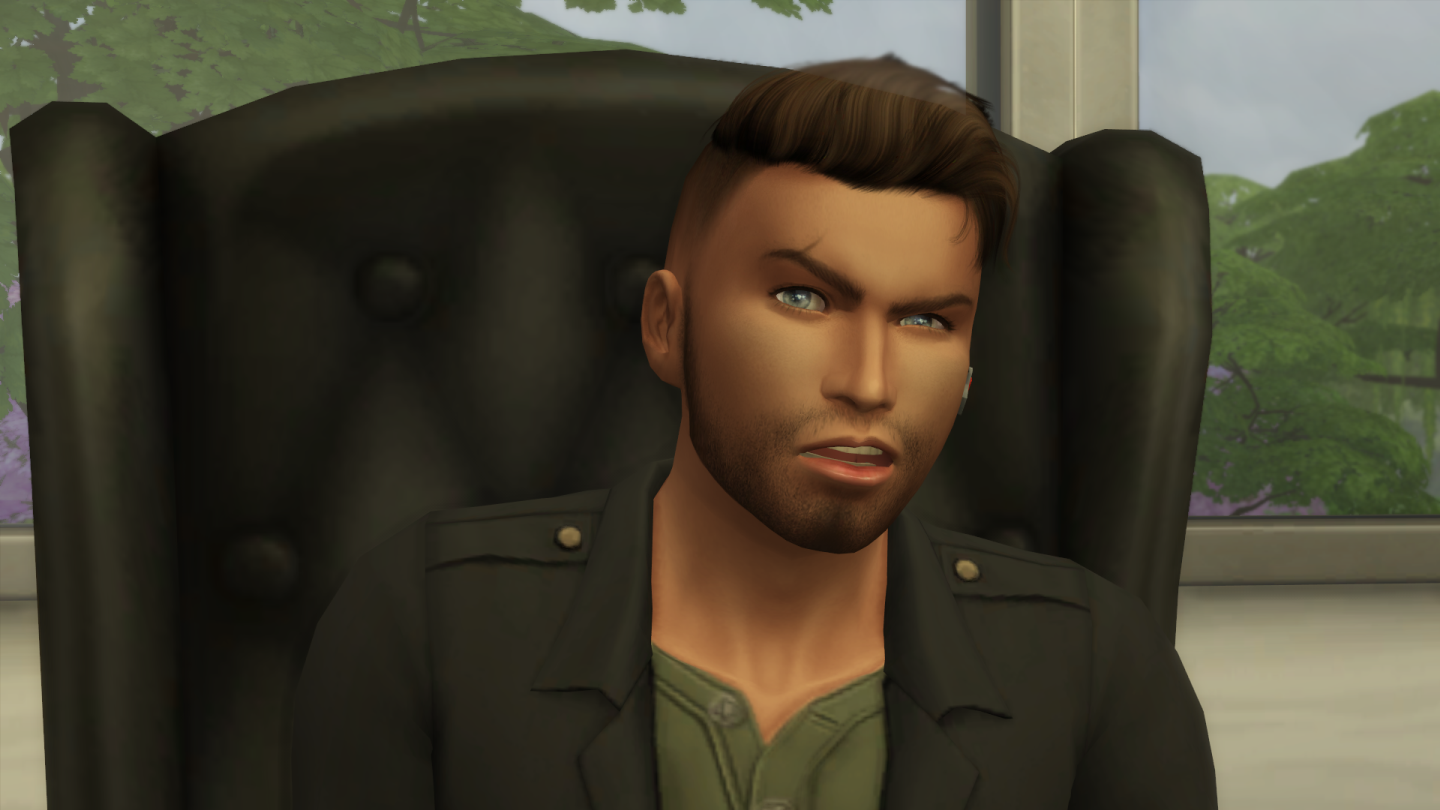 “Yeah, she was pretty upset. We’ll all go. I’ll be there, front and center, but she’s going to need people around her that make her feel safe. I’m not so sure that’s me. It’s been too long.”

“She’s going in Boss,” said one of the men at the same time Evan walked back in looking even more upset, it that was even possible. 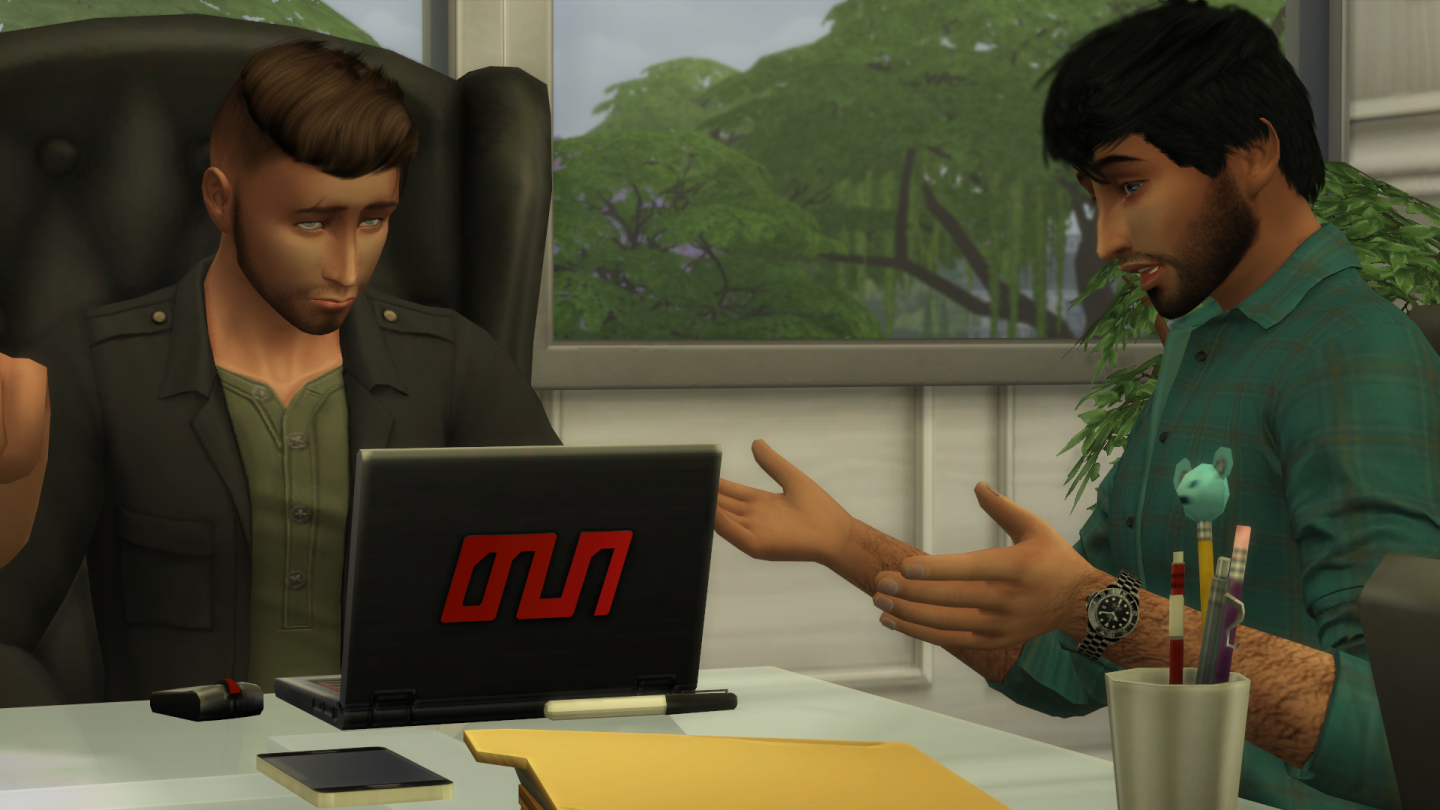 “The cameras are blacked out,” said Evan when he sat down.

“Shit. She figured out they had a camera somehow. No wonder no one registered anything. Fuck. Okay. We need to get into position. Evan. Do you know the layout of the clubhouse?” 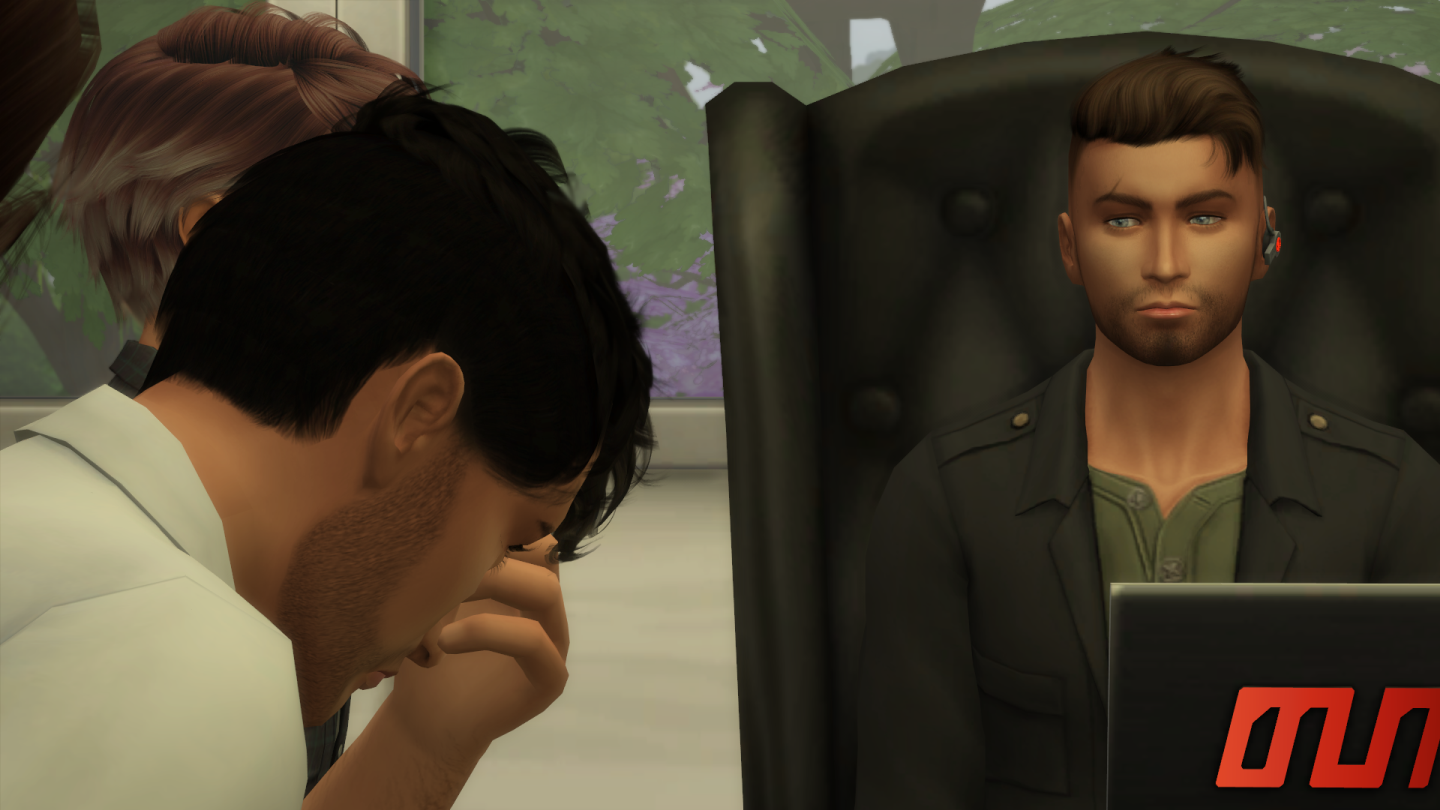 “Ryan, you know, right? How many entrances to the basement?” asked Archer.

“Just one. Down the stairs. They’re open so you can see whoever is going down.” 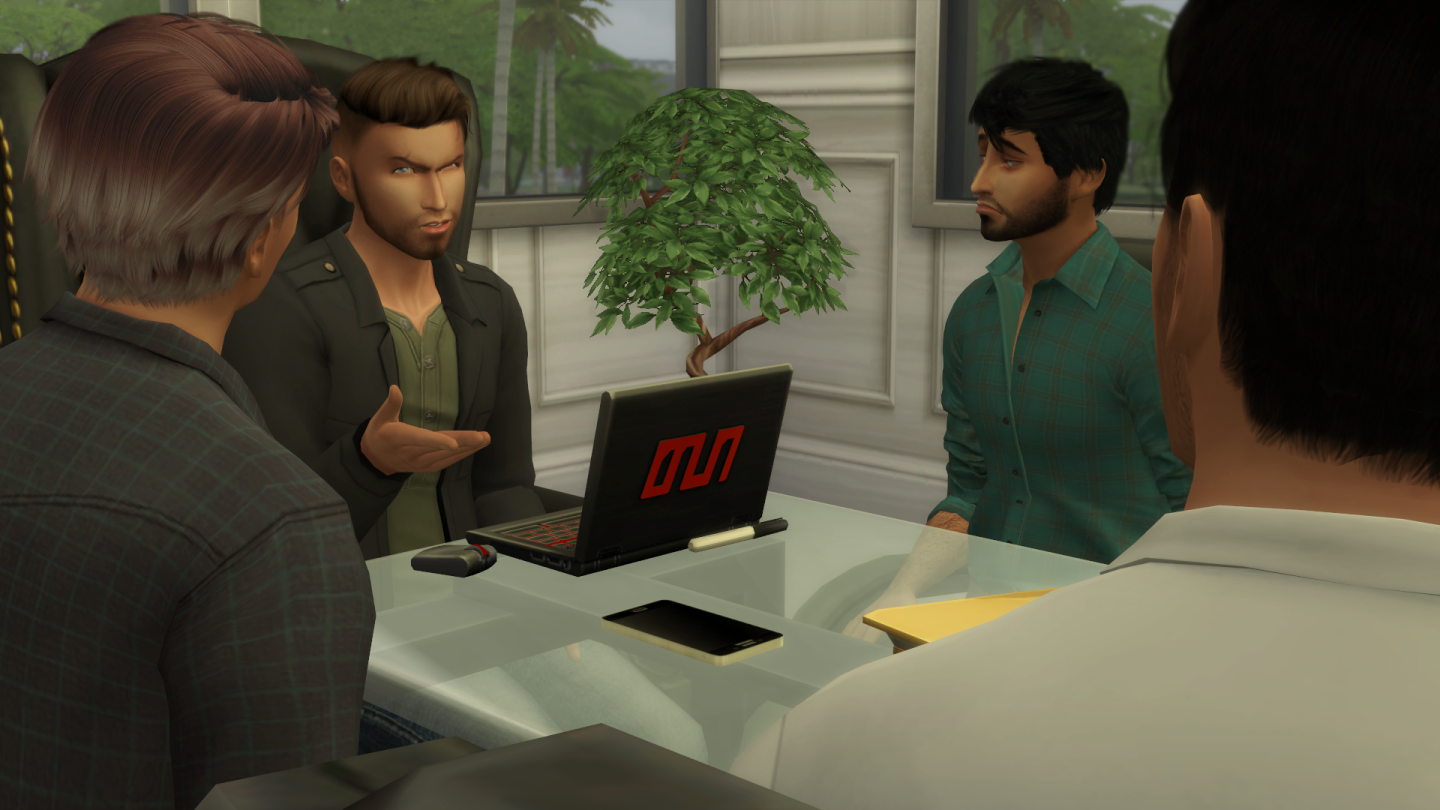 “Damn, no hiding places. Okay. As soon as we get instructions, we will follow Mr. Murdock, who I assume will be the one they want to drop the money. They’ll probably tie him up and leave … or kill them both. We have to be prepared for the worst case scenario, which is –  they will try to kill them.  So while he is making the drop, we have to surprise them and take them out before they have a chance to do anything.” 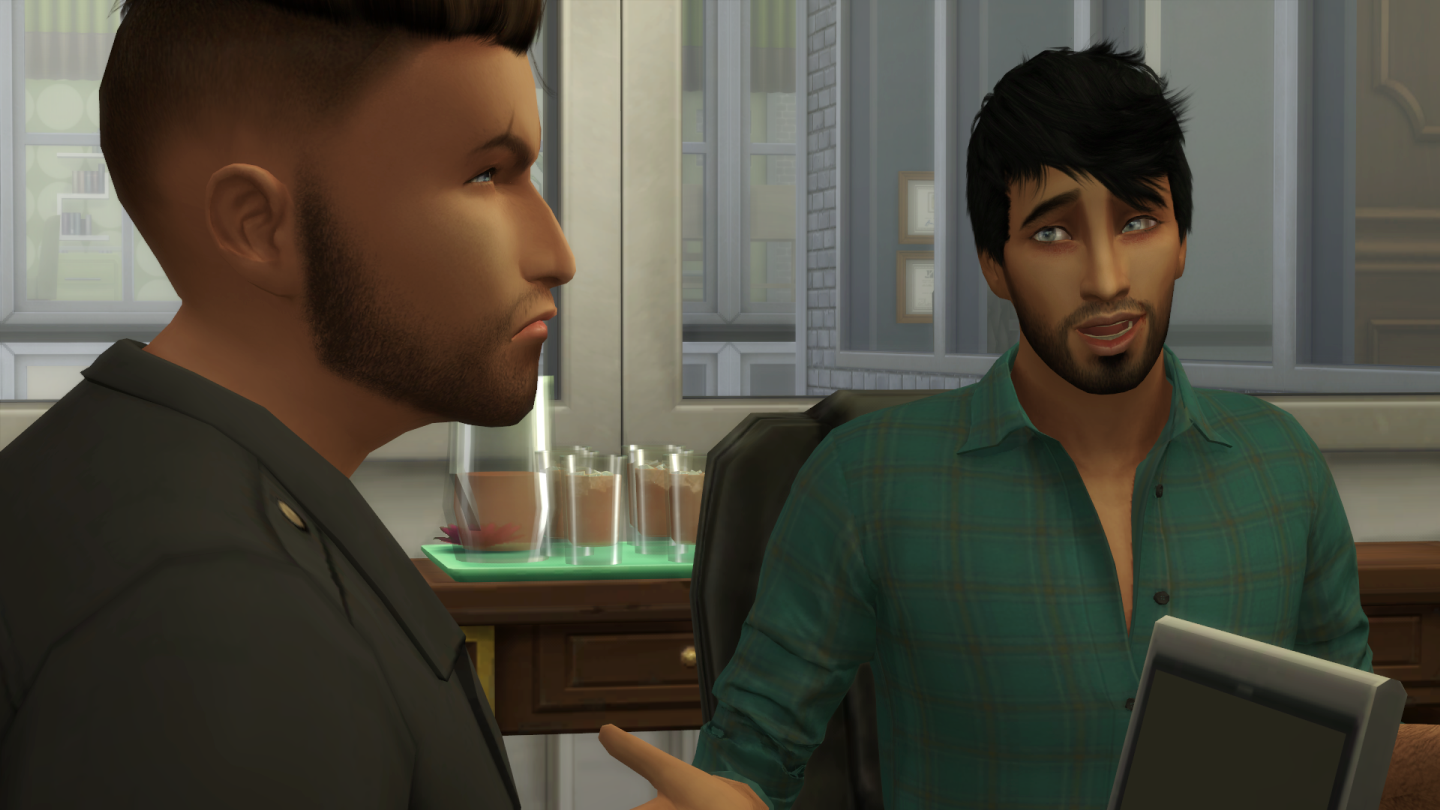 “Shouldn’t we be calling the police?” asked Evan.

“They’ll try to talk her out,” said Archer, “It may not end well. We’ll call them as soon as Reagan and her father are safe. And the two women are neutralized.”

“There they are,” said one of the men when Cole’s phone rang, “Quiet everyone.” 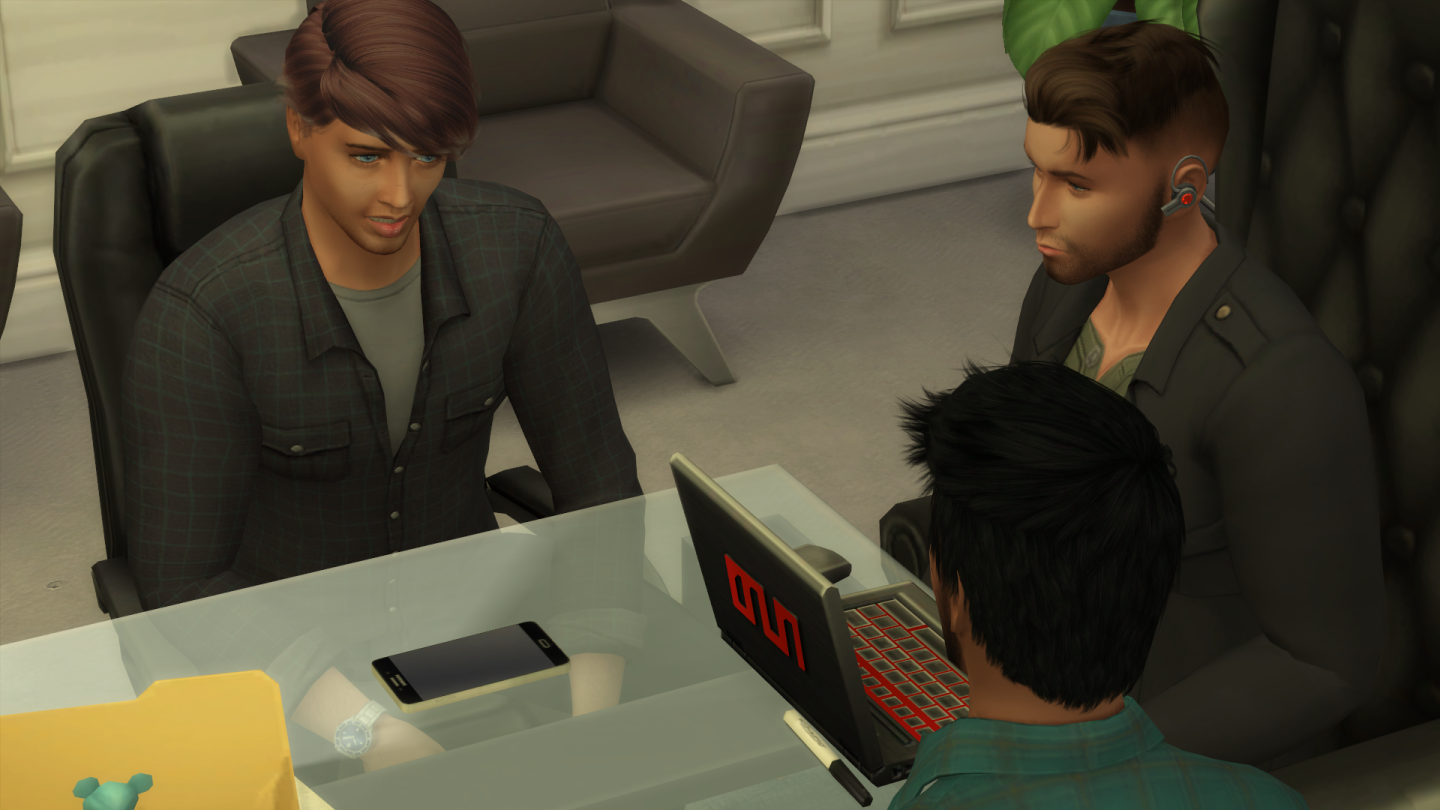 “Hello,” said Cole, when they gave him the okay to answer.

“The clubhouse, in the game room. Come alone or the girl dies. And her mother too. We have them both.”

“You have Avery?” asked Cole.

“Yes. I think I’ll shoot her first. Make the girl watch. Come alone. Or she’s going to be an orphan.” 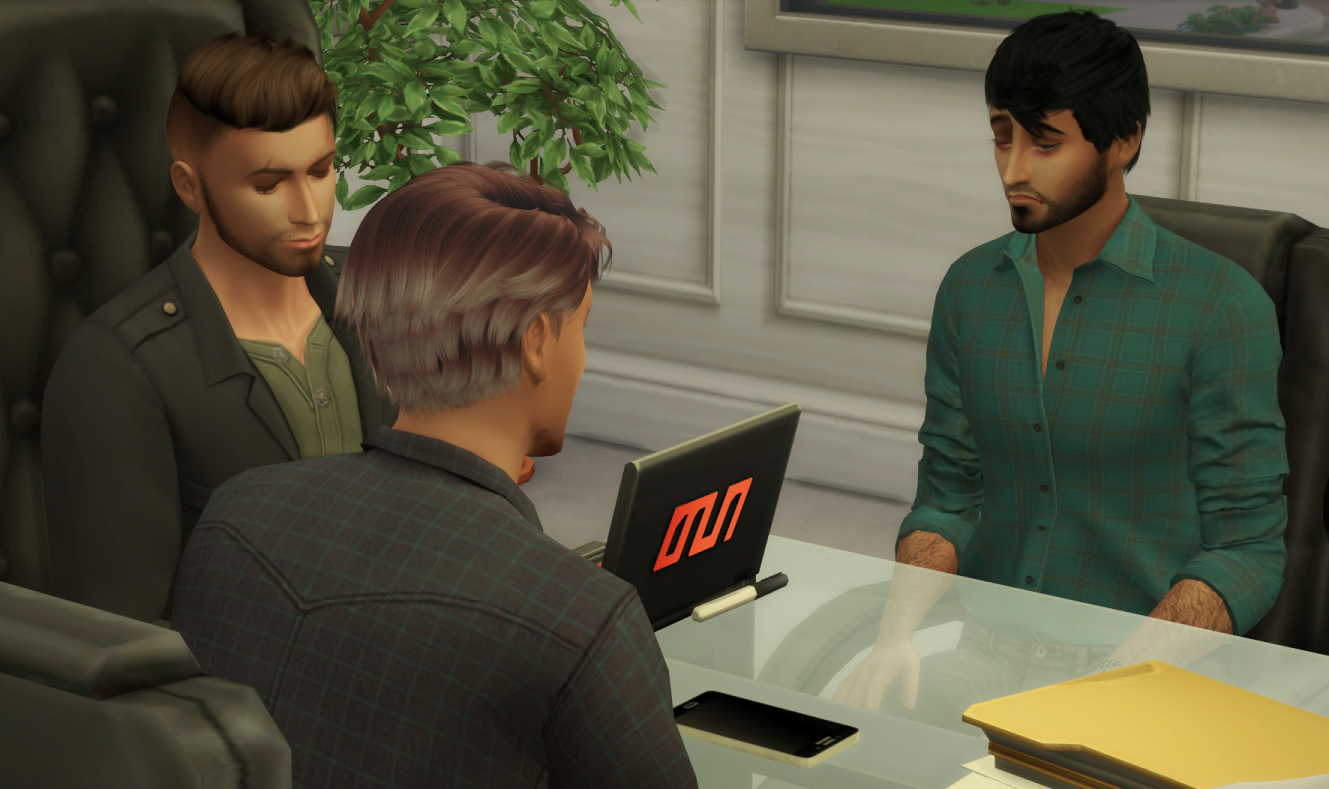 Archer nodded at the lie.  It will give them more time to get in place since they were only six blocks away.

“You have exactly 30 minutes or I start shooting.” 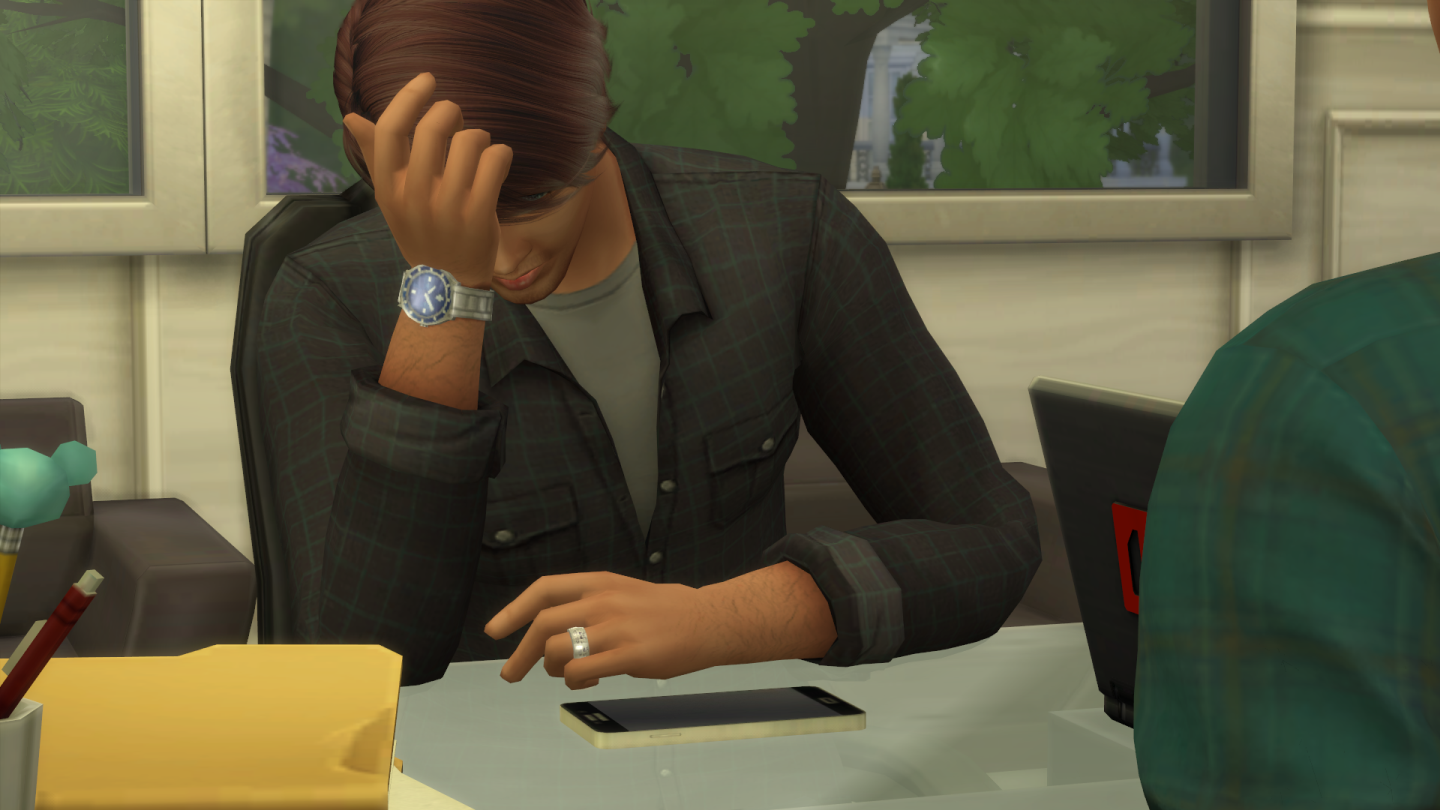 “Can I talk to Reagan again?” asked Cole.

“No! Tic-Toc,” said the voice and disconnected.

“Is she lying? Or does she really have both of them hostage?” asked Ryan.

“From the looks of it, they are working together.  I think it’s a tactic to make us more cautious and believe there are multiple people,” explained Archer and than began barking out orders.  “Okay, Ryan, Mr. Murdock, you’re with me.  Evan, you’re an unknown. I’m not sure I want you there at all.” 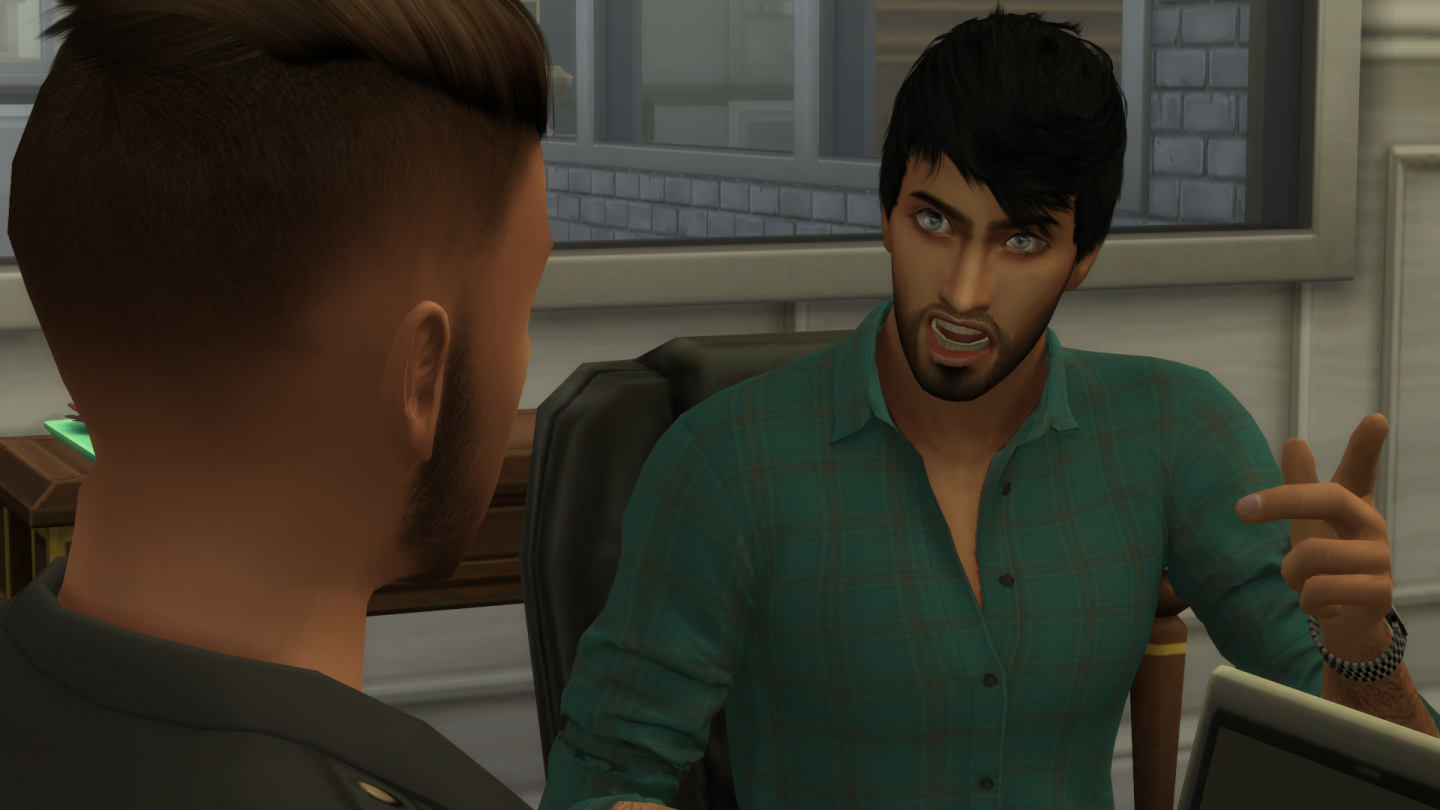 “That’s bullshit and you know it,” said Evan, speaking up for himself for the first time.  “Reagan’s going to need someone and I can be there for her. I need to be there.” 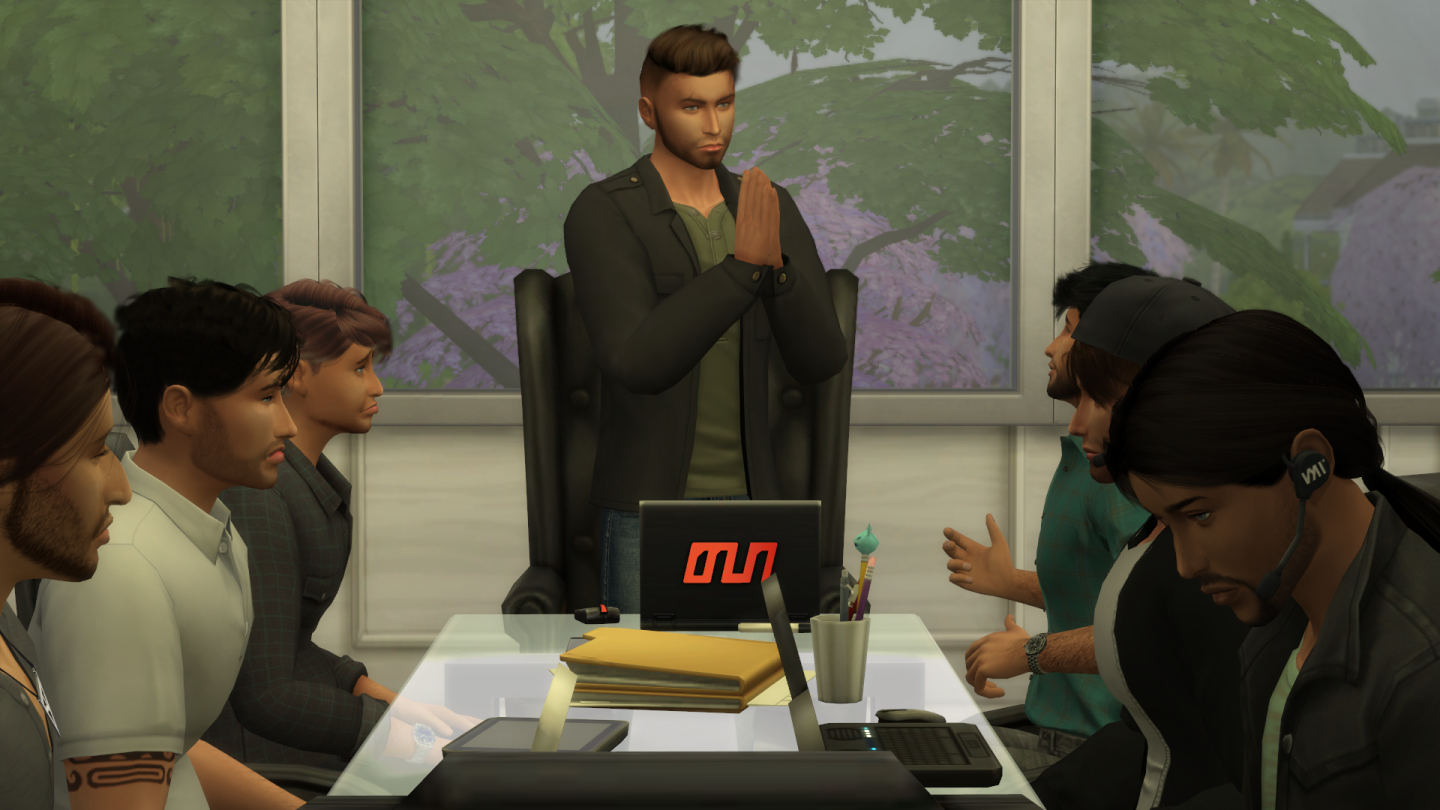 “If I let you go, you have to stay back.  If she calls for you we’ll bring you in. Don’t screw this up, the consequences are life and death. Got it?” 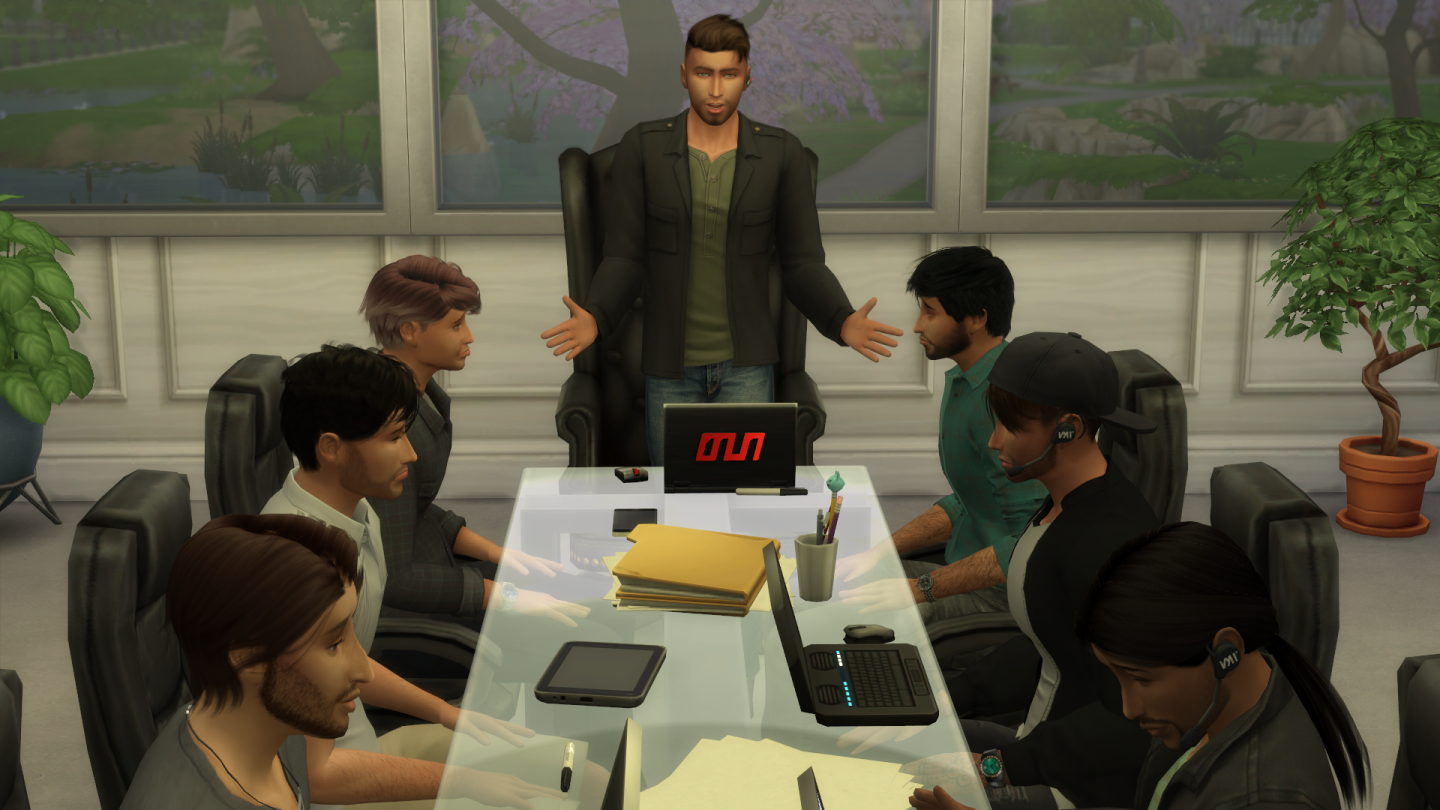