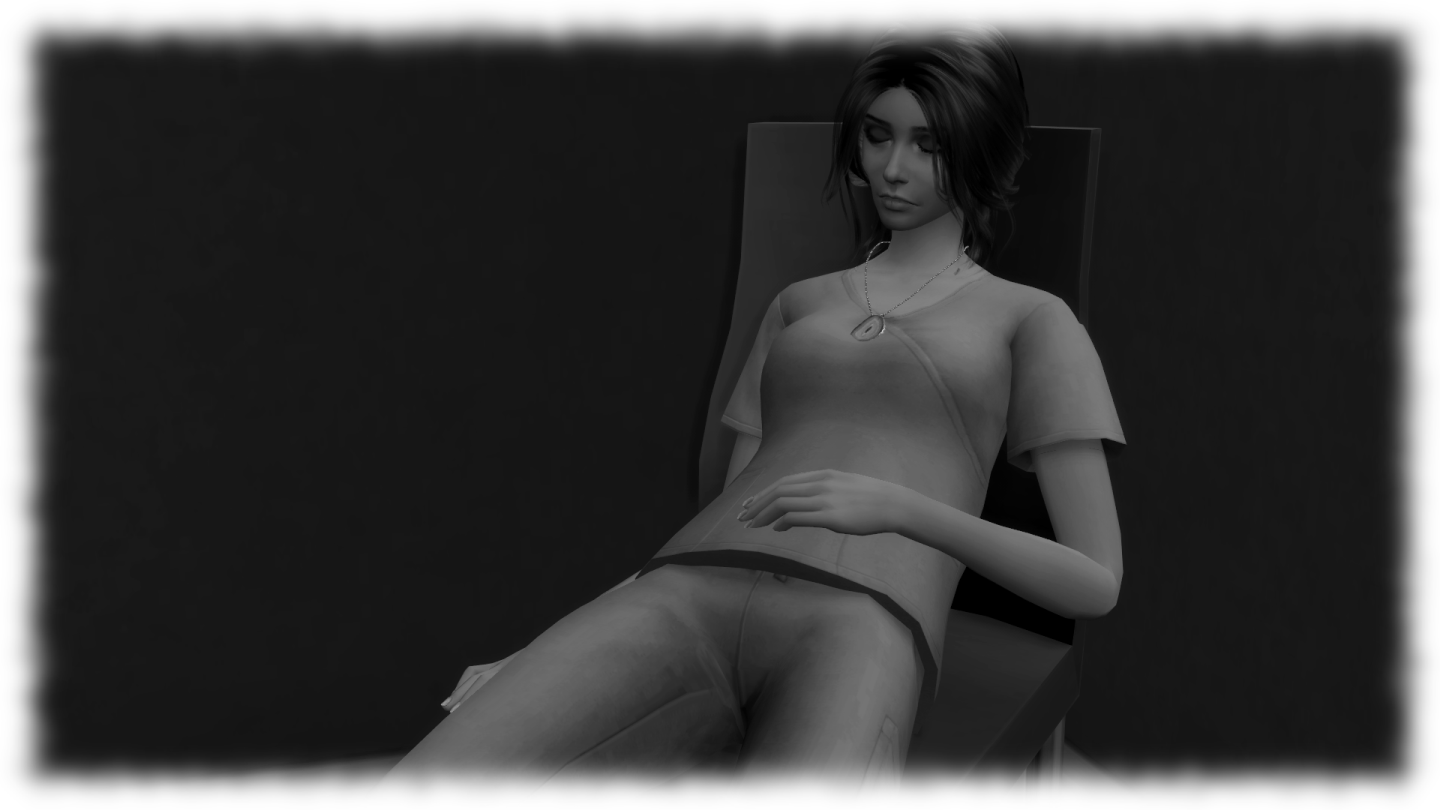 Reagan had fallen asleep in a chair in her father’s hospital room, so Archer had taken the opportunity to go to Evan’s apartment and let him know what happened. He was now pretty sure Evan wasn’t going to be a problem.  The dude was scared shitless. Truth be told, Archer did feel kinda sorry for Evan. But that’s not why he went. He needed to be sure he knew to keep his mouth shut. 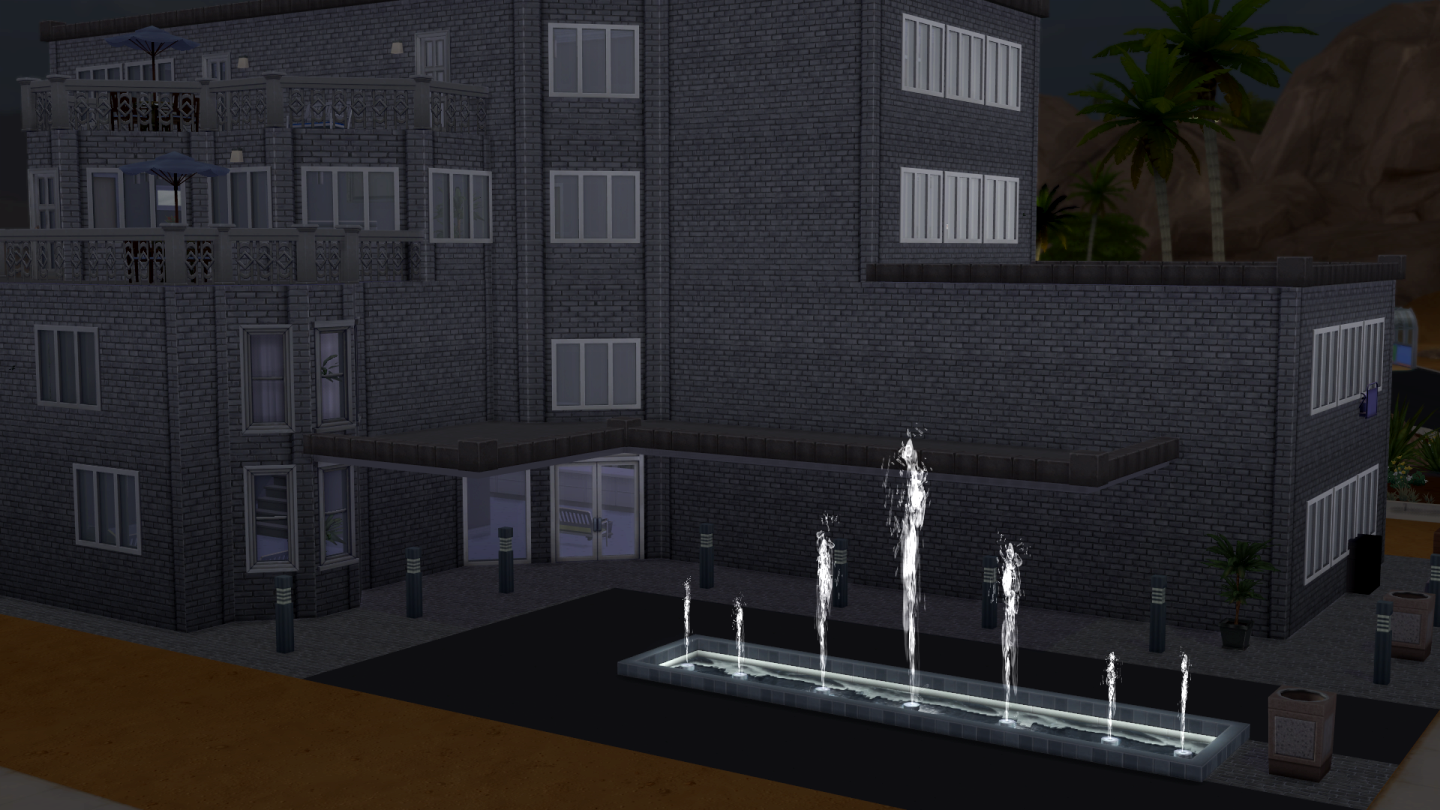 Archer went straight back to the hospital after he left Evan’s disgusting apartment. He checked the waiting room to see if anyone was still there before heading into Reagan’s father’s room. He needed to get Reagan out of there. He was worried about her.  She wouldn’t eat and she needed to sleep. He hadn’t yet told her about Avery’s demise. He would wait and tell her tomorrow after she got some sleep. 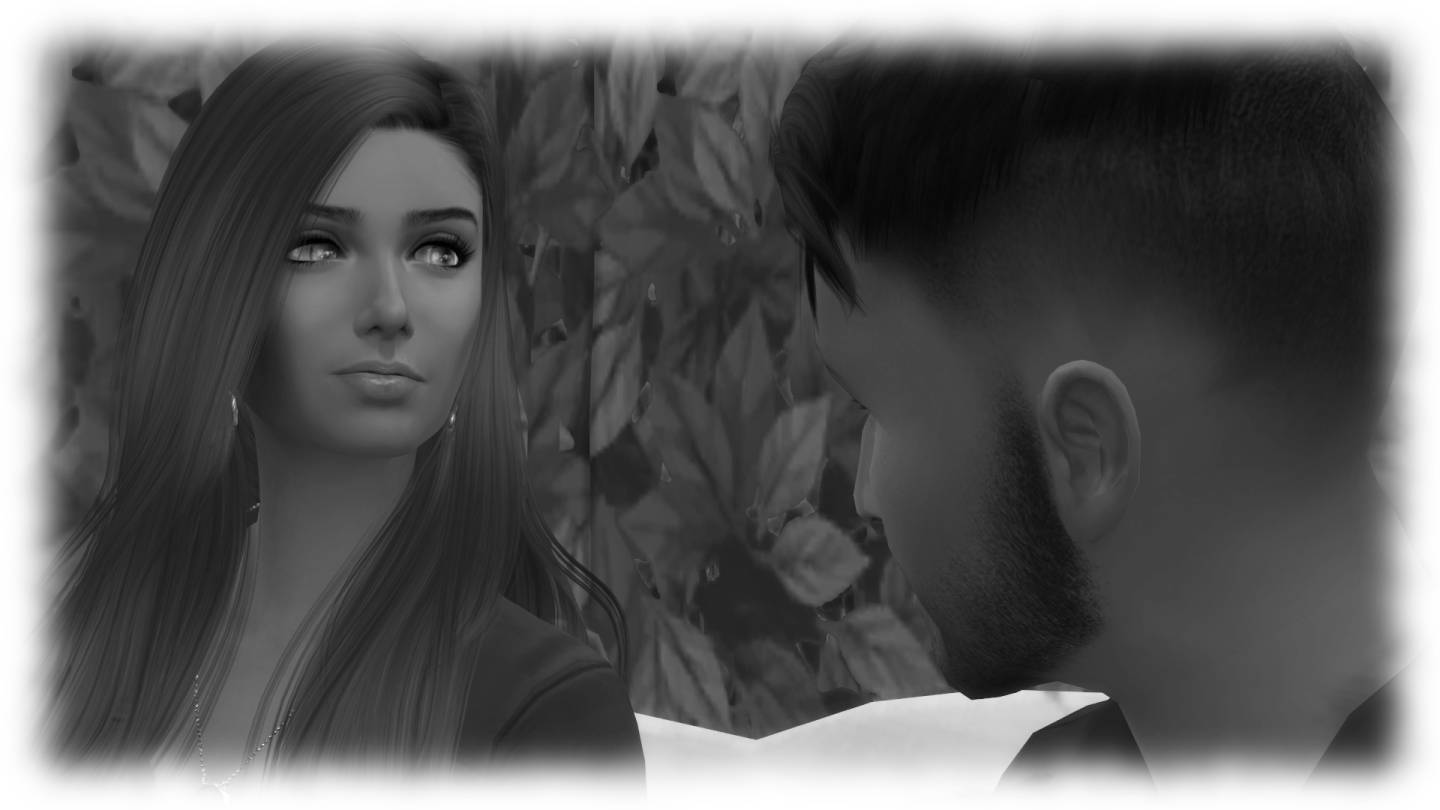 Approaching Reagan in the park had turned out to be a good decision, considering what happened afterwards.  She hadn’t been shocked to see him when she regained consciousness and had felt comfortable with him. He wondered, no – hoped, her feelings for him were returning the same way his did when he’d seen her in the park. He knew she had strong feelings for Evan, that was clear and she was struggling with them. 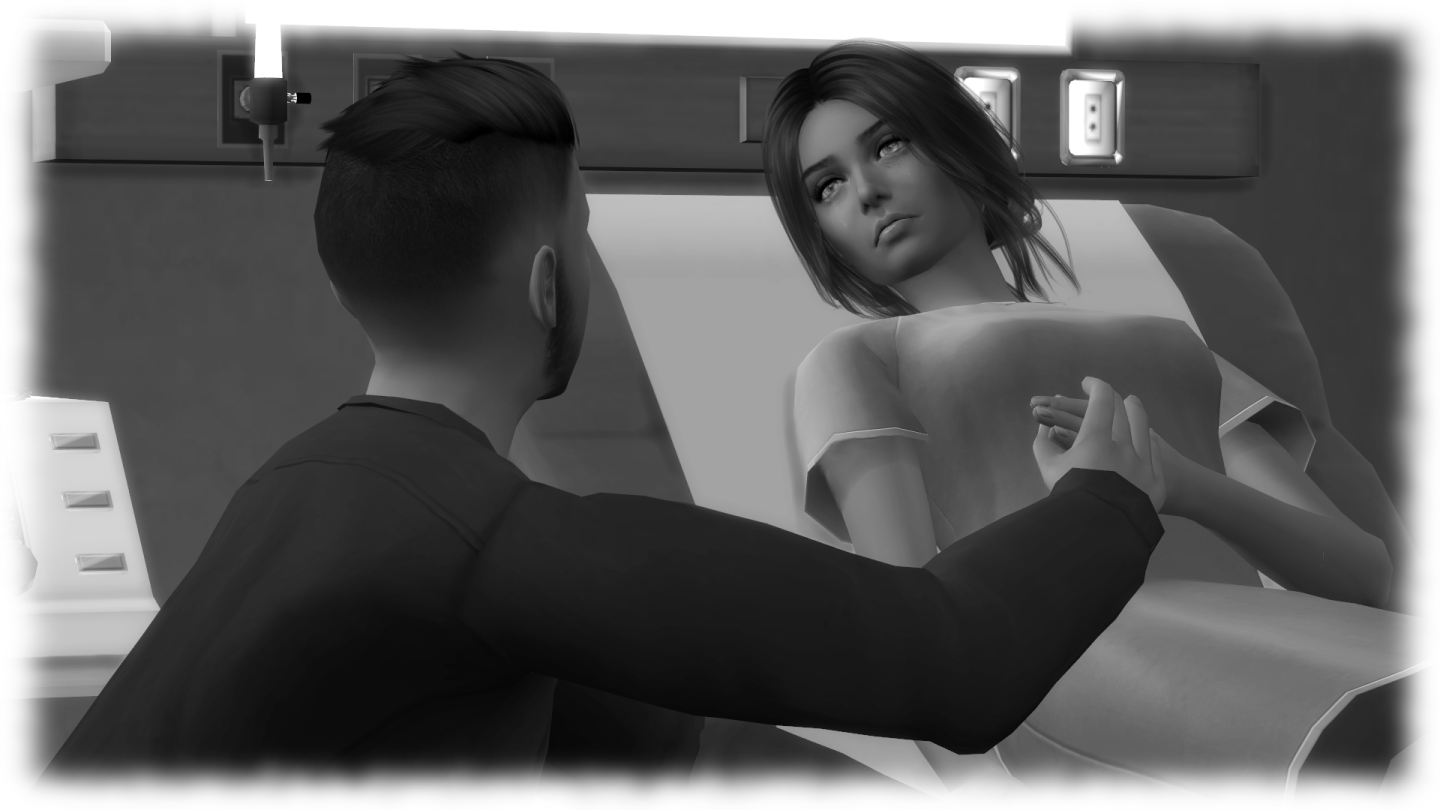 Evan was right, he hadn’t told Reagan what Avery had done to him. Subconsciously, or maybe even consciously, he had decided to withhold that information. He felt justified. She didn’t need any additional bad news, and it did stack the deck in his favor didn’t it? All’s fair in love in war, or so they say. Was this love? He thought maybe it might be. But he had strong competition, he just didn’t understand her attraction to him. 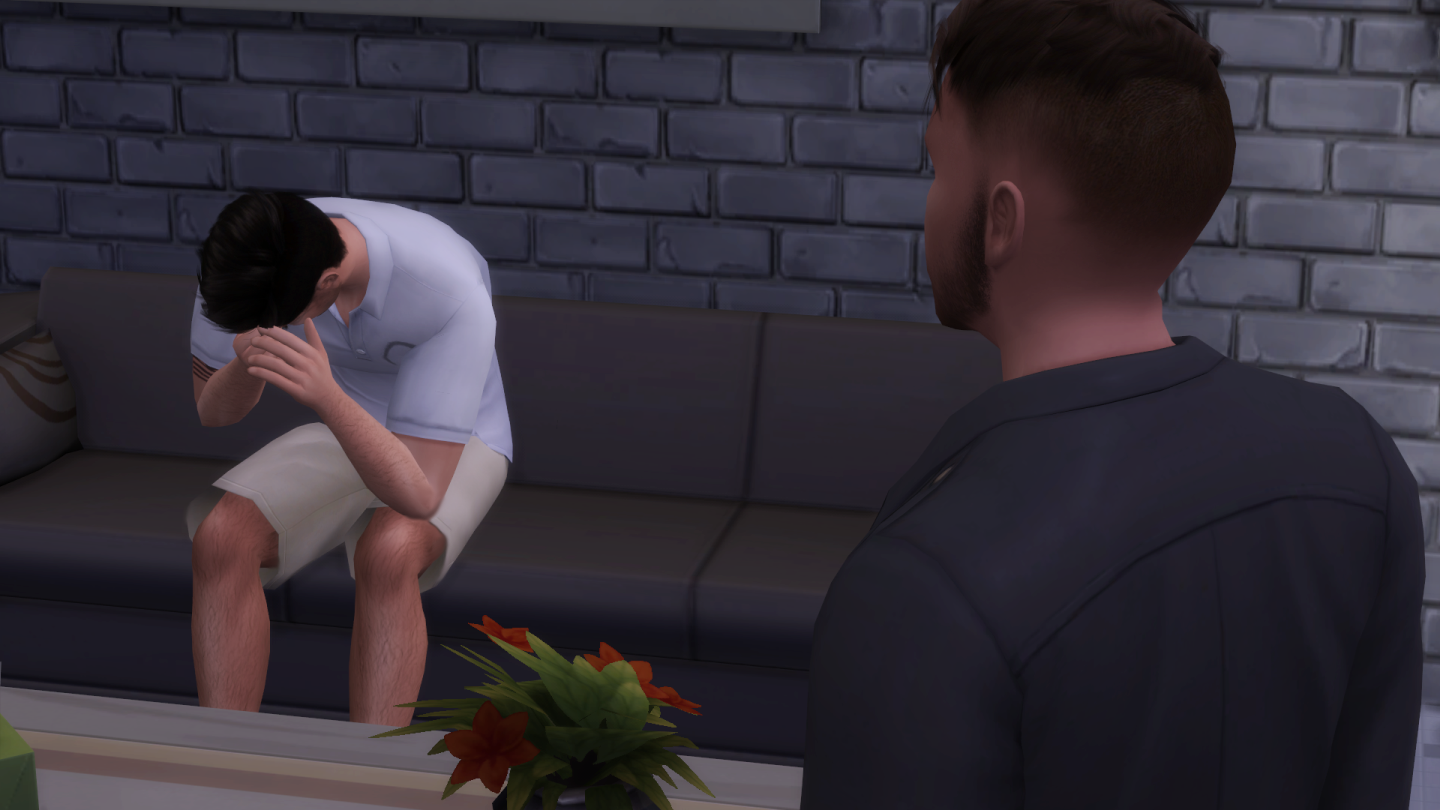 Archer sighed when he entered the waiting room.  Ryan was sitting there alone. Everyone else had left and it was eerily quiet. Archer felt bad for him too. He wouldn’t leave as long as his sister was still at the hospital. “Hey, are you okay?” asked Archer, his voice sounded loud without the background of hushed whispers to swallow it up. “Why don’t you go home and get some sleep?”

Ryan looked up.  “I’m worried about Reagan. She won’t leave Dad’s room. She feels so guilty for not listening to us. For trying to find good in our mother, where there was none to find.” 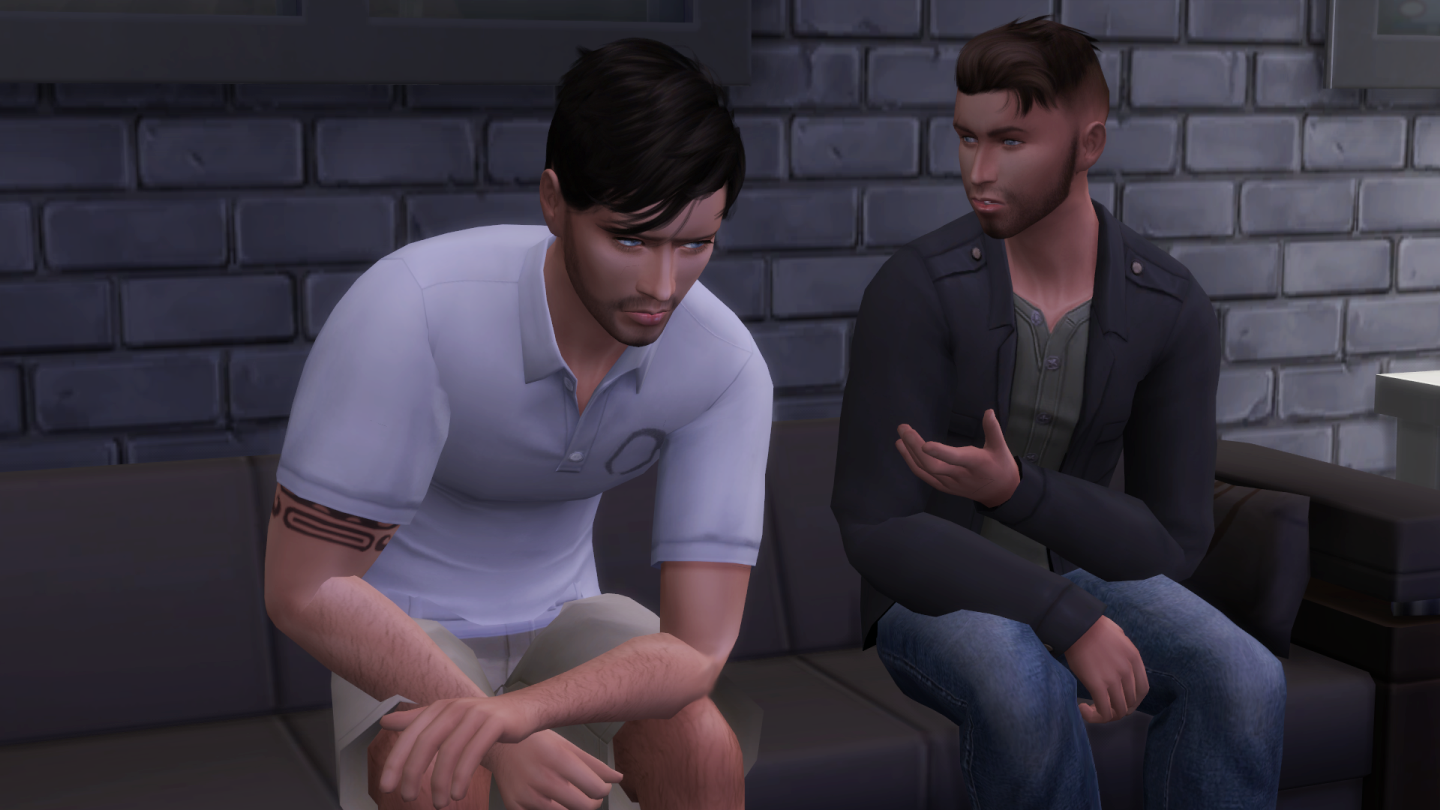 Archer made a quick decision and sat down next to Ryan.   “Ryan,” he said quietly, “I got a call about an hour ago. Avery had a seizure after surgery. A blood clot they said, from her fall when she was shot. She didn’t make it.”

Ryan looked up at Archer. “What? She died?”

“Yes. I assume they will be reaching out to the family, I guess, which is you and Reagan. They’ve already notified the authorities.” 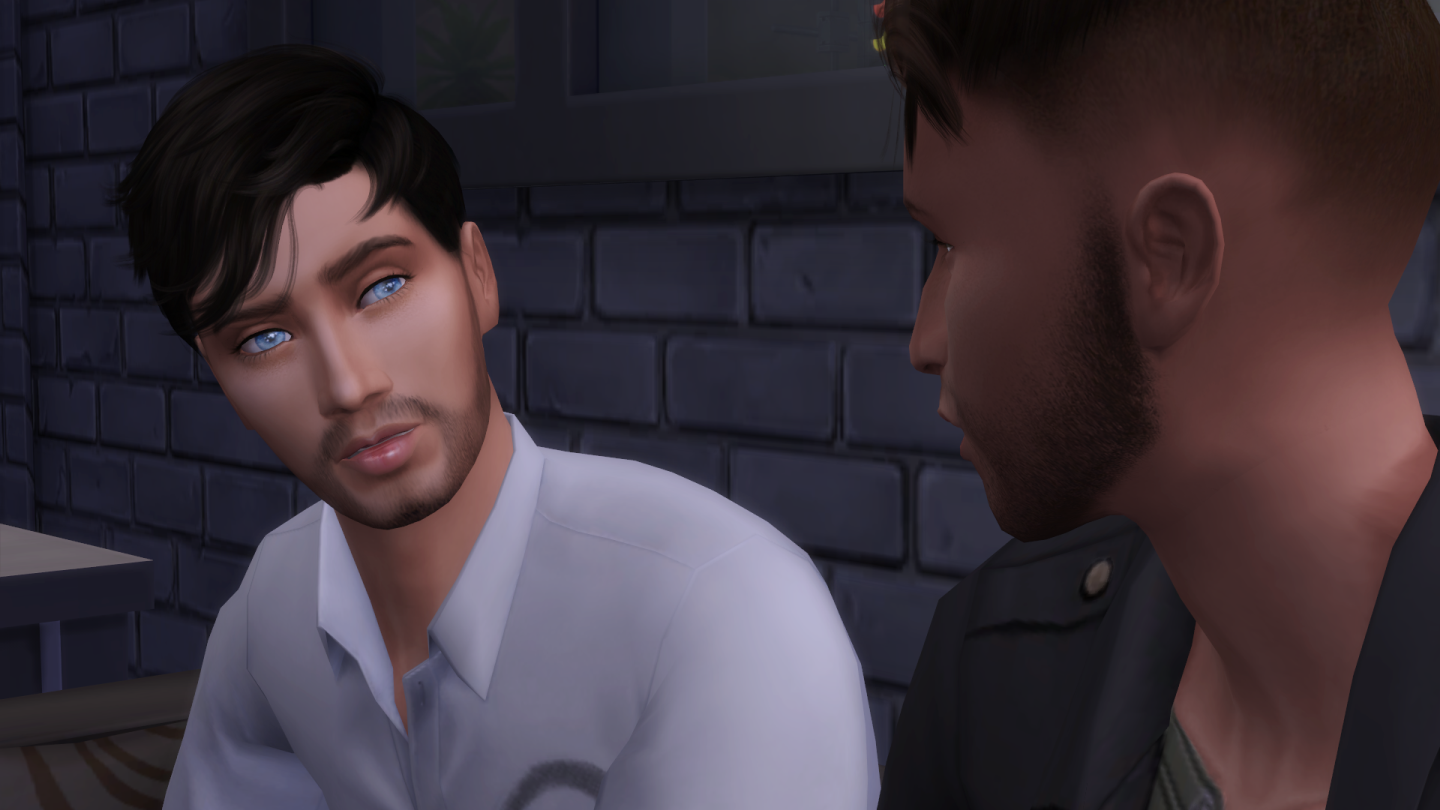 Ryan looked at Archer suspiciously. “How the hell did you find out if they haven’t notified anyone?”

“Through our connections with the police,” Archer lied.

Ryan ran his hands through his hair. “Is it wrong that I feel nothing but relief? She was my fucking mother.” 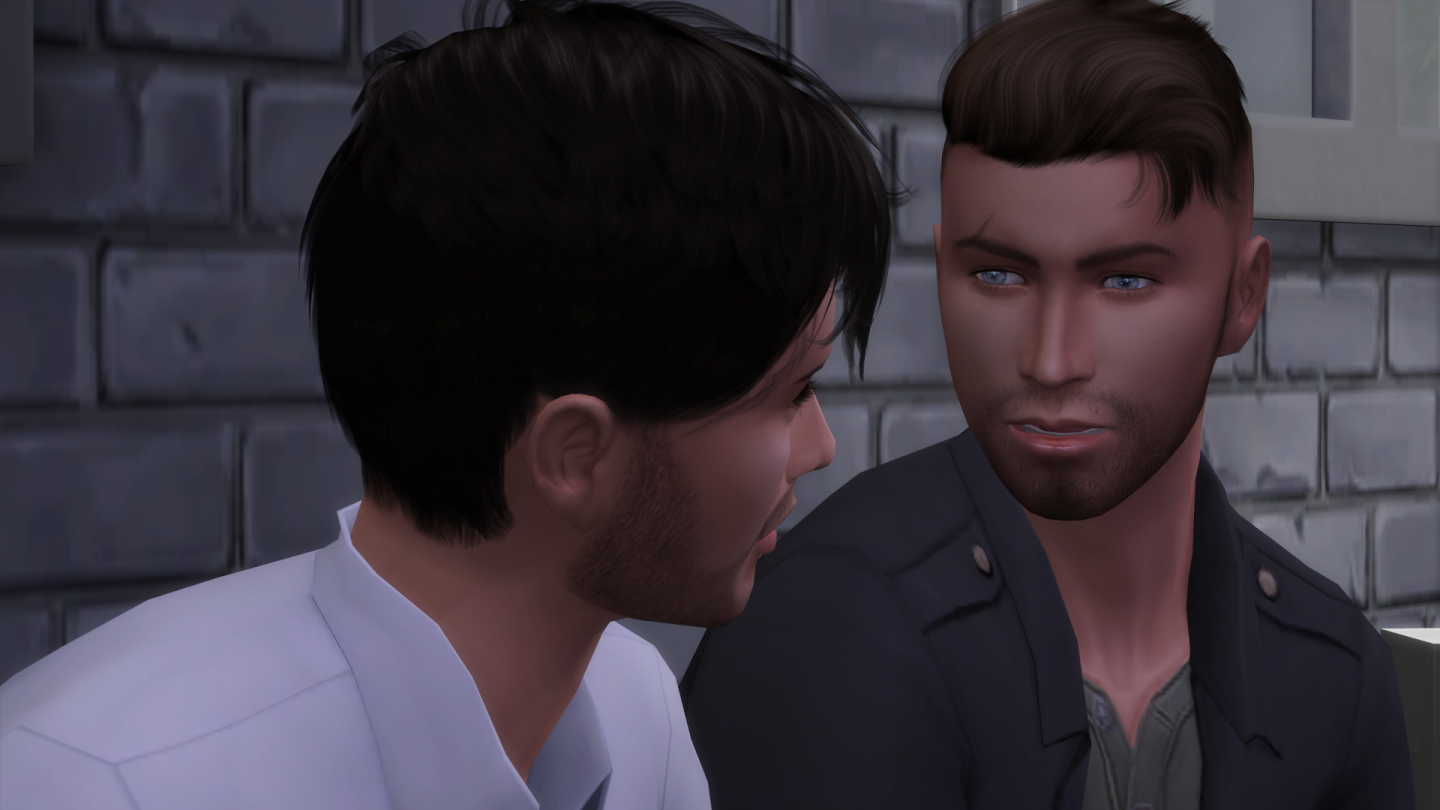 “No. Something inside of her broke a long time ago,” said Archer trying to ease his mind. “She was a psychopath Ryan. Nothing anyone could do. Don’t feel bad. Why don’t you go home and get some rest.”

“I need to tell Rea … and Dad should know too.”

“Give them time to get stronger,” suggested Archer, “you don’t know how they’ll react. At least let them get some sleep first. I’ll try to get Reagan to leave and get some sleep, and then I’ll tell her.” 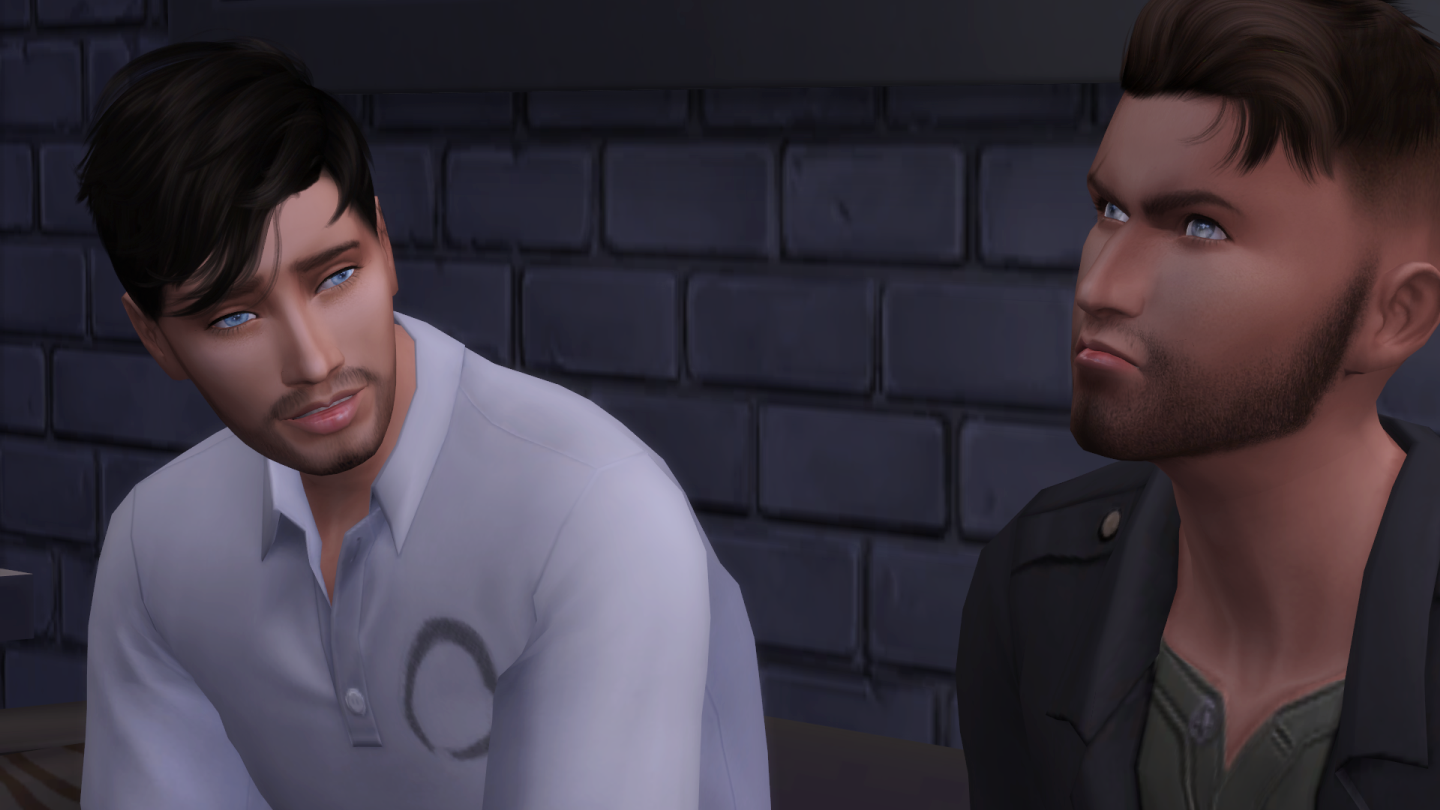 “Archer … listen, I appreciate what you’ve done for Rea, but Evan, he’s not a bad guy,” explained Ryan, “He was married to a piece of shit. He’s been so good for her. I think they can work it out.” 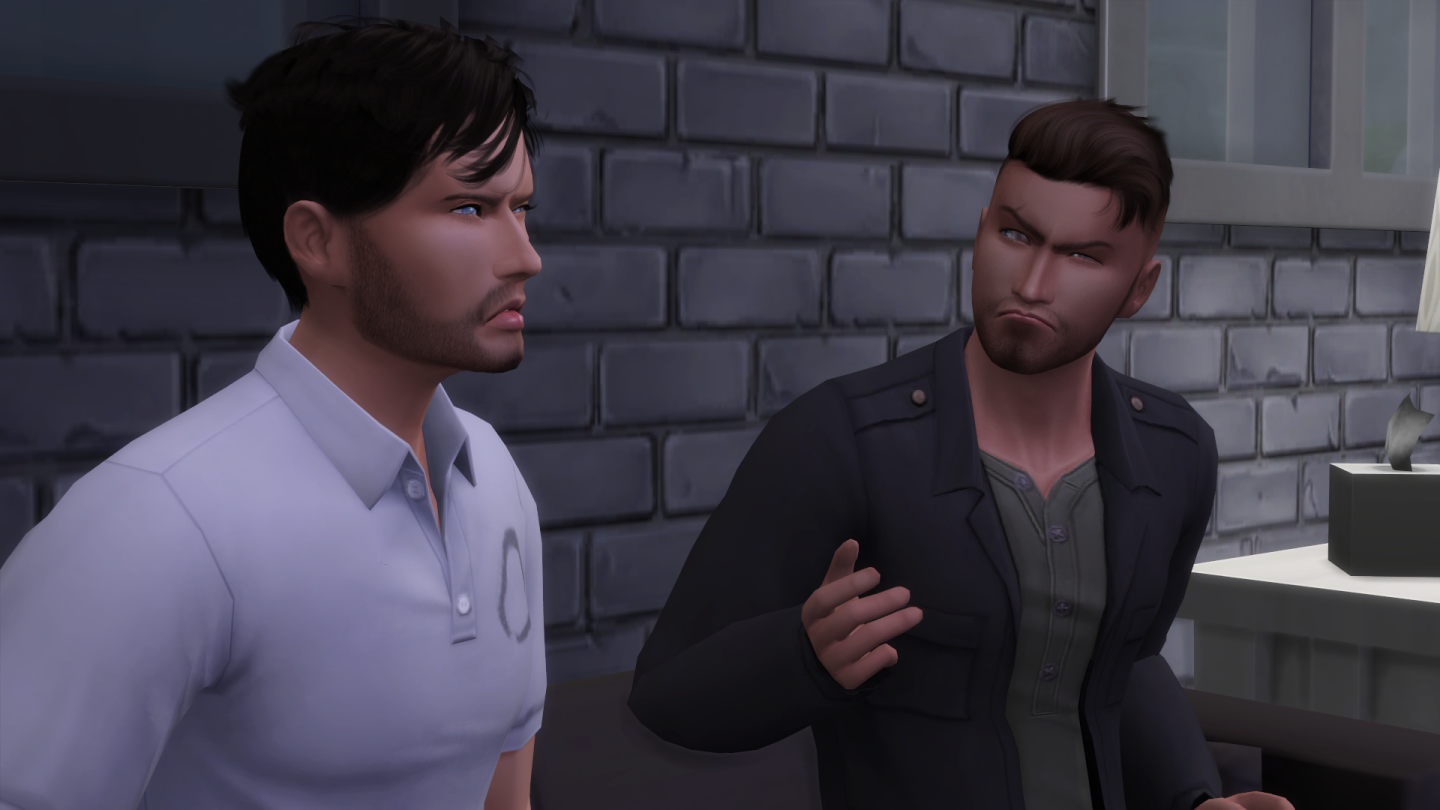 What was this? A warning? It pissed Archer off. “No, you listen,” replied Archer, harsher than he intended, but damn he was bone tired, “they’ve both been through hell. Reagan’s not ready to deal with their issues right now. I’ve already told Evan, and I’ll tell you too, I’m going to ask her to come to San Myshuno with me.” 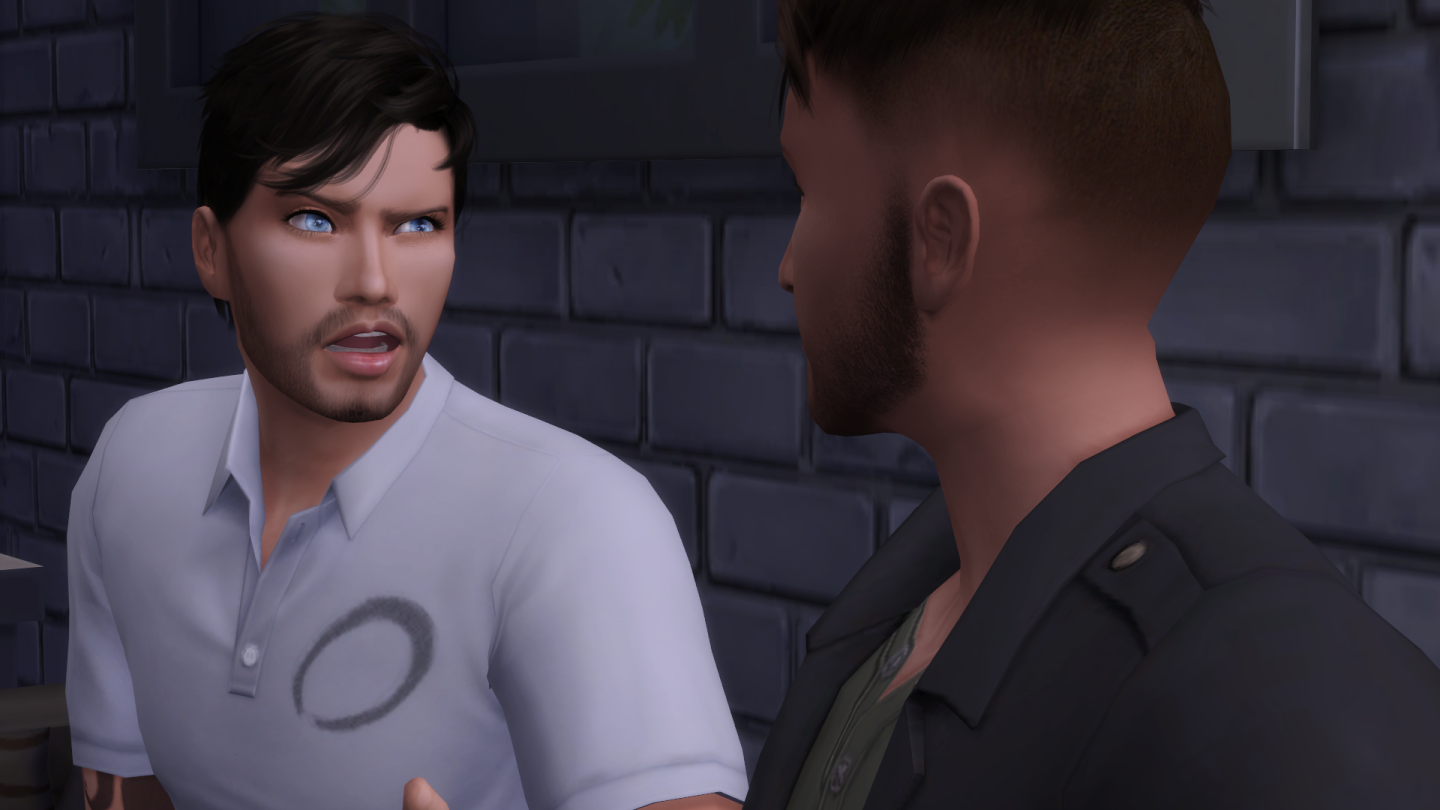 Ryan’s expression changed to one of disgust. “That sounds awfully like you are taking advantage of her current emotional state. I thought you’d changed. But you’re still the same arrogant asshole, preying on those that are down on their luck. Taking advantage of her for your own selfish reasons. She doesn’t love you. She was hurt and confused and you just happened to be there.” 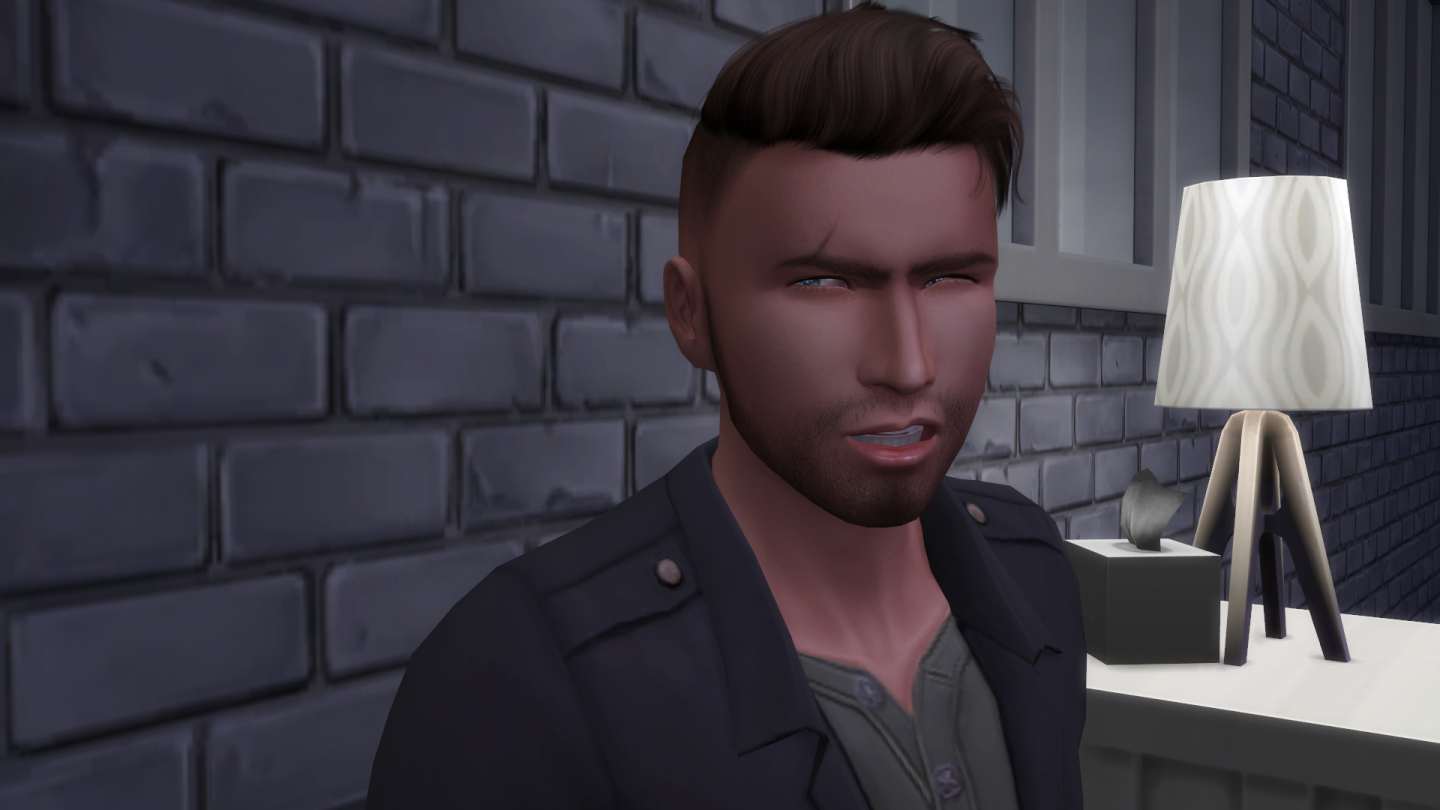 “You have no idea what really happened between us, so stop judging. We’ve both grown up since then, and by some weird karma, we’ve been presented with another chance. I would be stupid to walk away this time, so don’t try to stop me Ryan. You’ll break her. You’re right, she’s extremely fragile right now, and it appears she is looking to me for strength, and I’m damn sure gonna be there for her.” 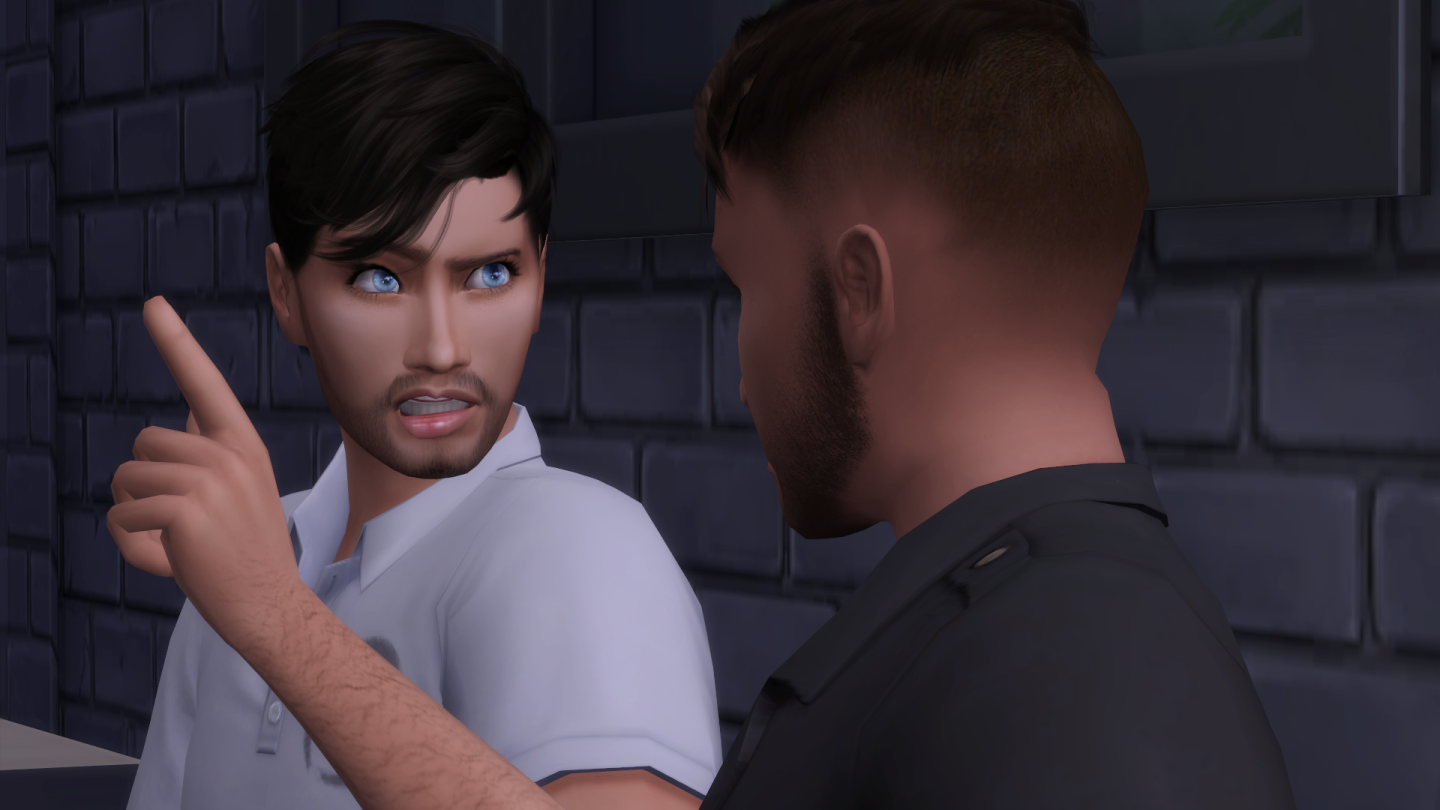 “Evan can take care of her,” spat out Ryan.

“I know you never cared for me, but Reagan did, and maybe still does,” growled out Archer. “She doesn’t trust Evan right now, and she needs someone she can trust. If later, she decides it’s Evan she wants, I’ll let her go. But Reagan has to make that choice. Not you. Mark my words, I’m going to let her know how I feel. Maybe not today, but soon. So get your fucking panties out of a wad and support her decisions for once, instead of trying to make them for her.” 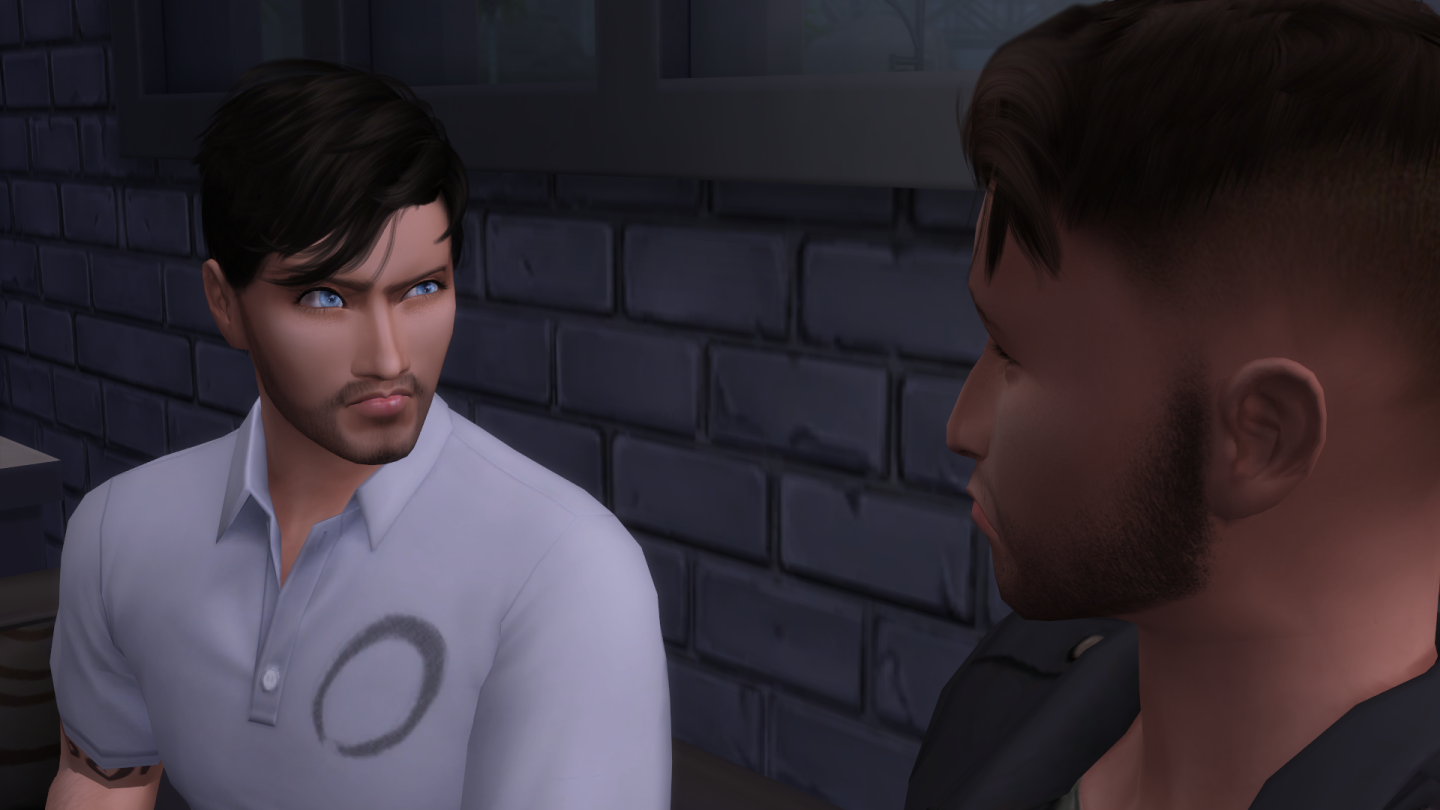 “Fucking Asshole,” was Ryan’s only response. 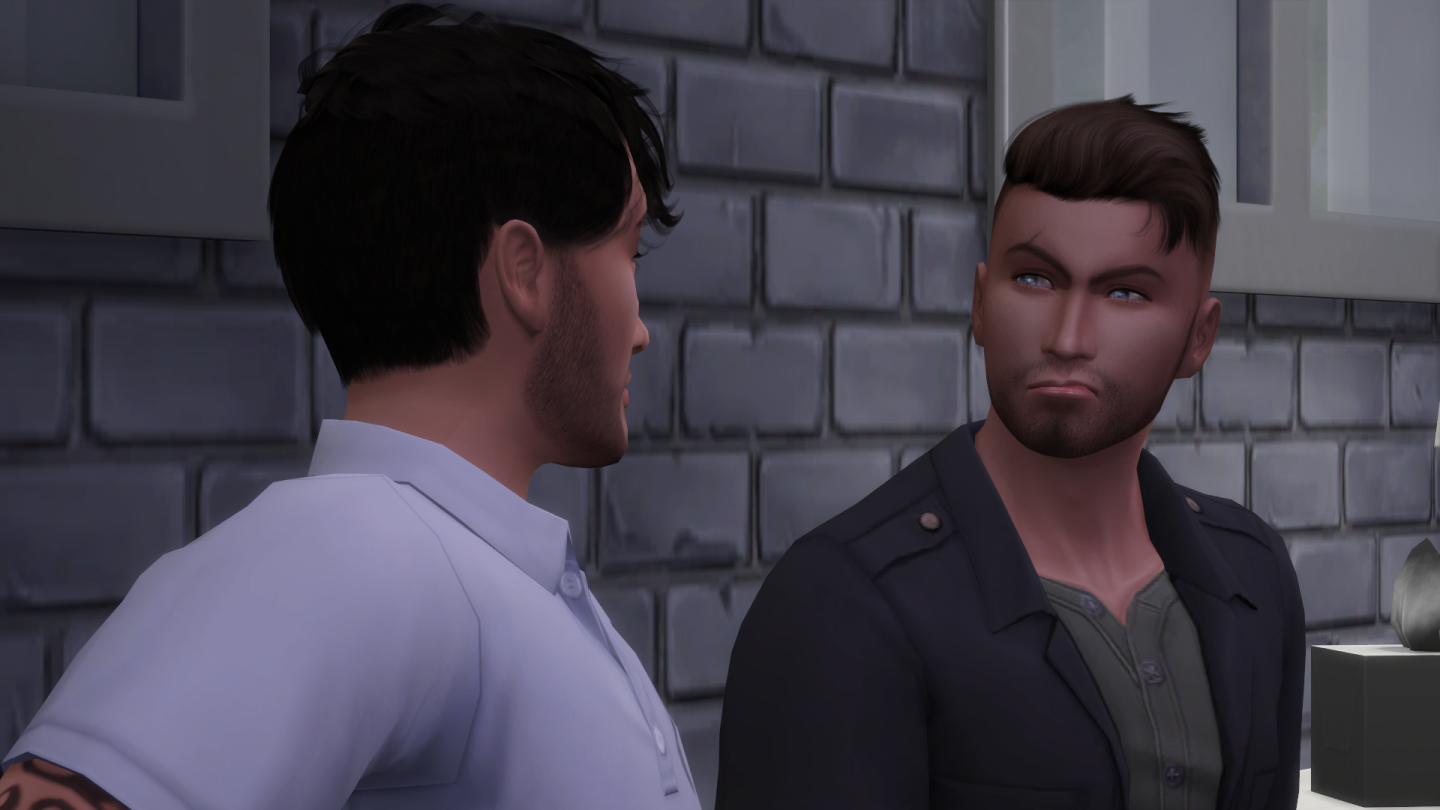 Archer figured Ryan agreed with what he said, just didn’t like it. “Asshole or not, I care deeply for your sister. So back the fuck off. Now, I’m going to go see if I can get her to go home and get some sleep. And if she doesn’t want to go there, I’ll take her back to my hotel. She needs to rest. So get off your ass and come with me, and you can see your dad, or go home and sleep yourself. You look like shit.” 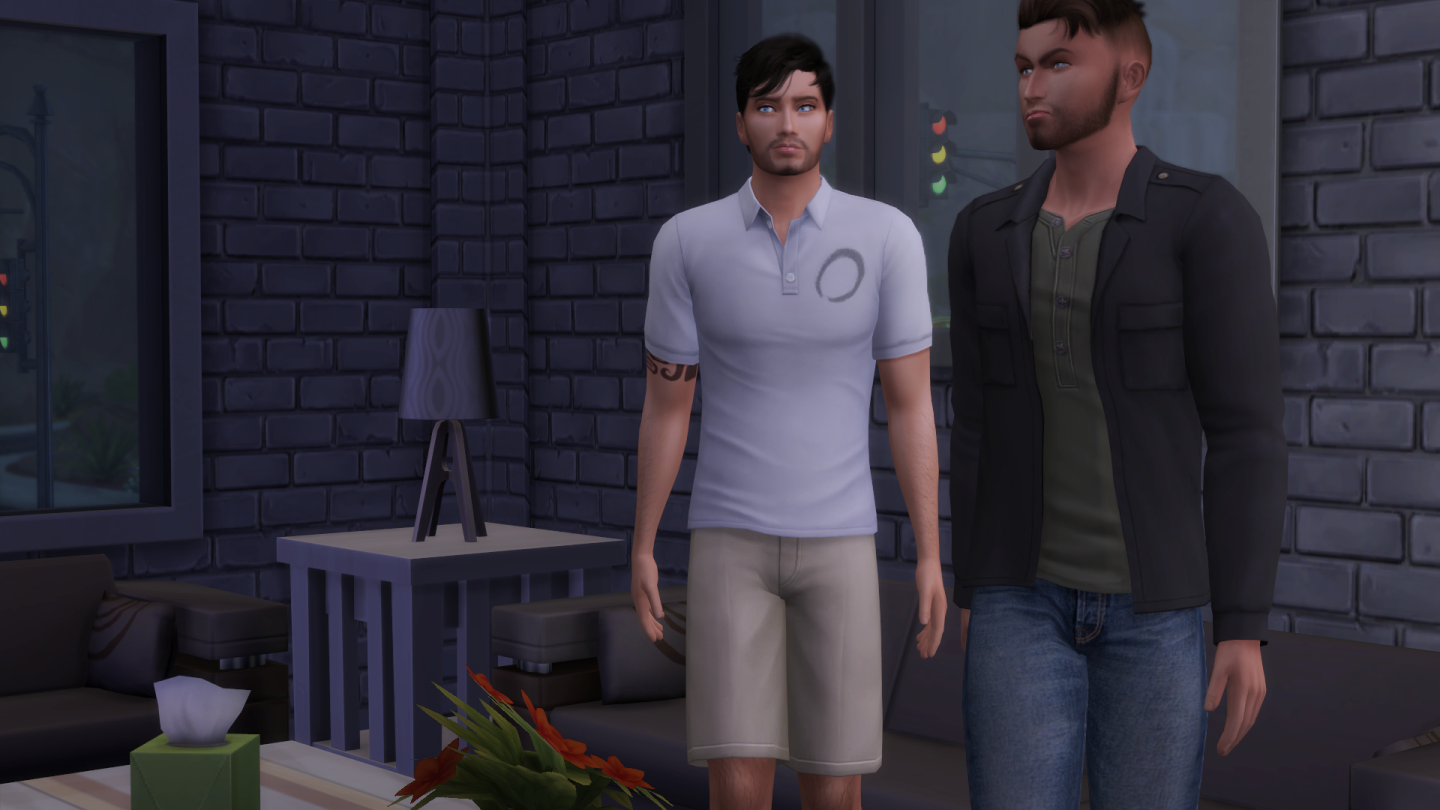 Ryan glared at him, but lifted himself out of the chair anyway. “I’ll go with you. Maybe I’ll bring her to my apartment.” 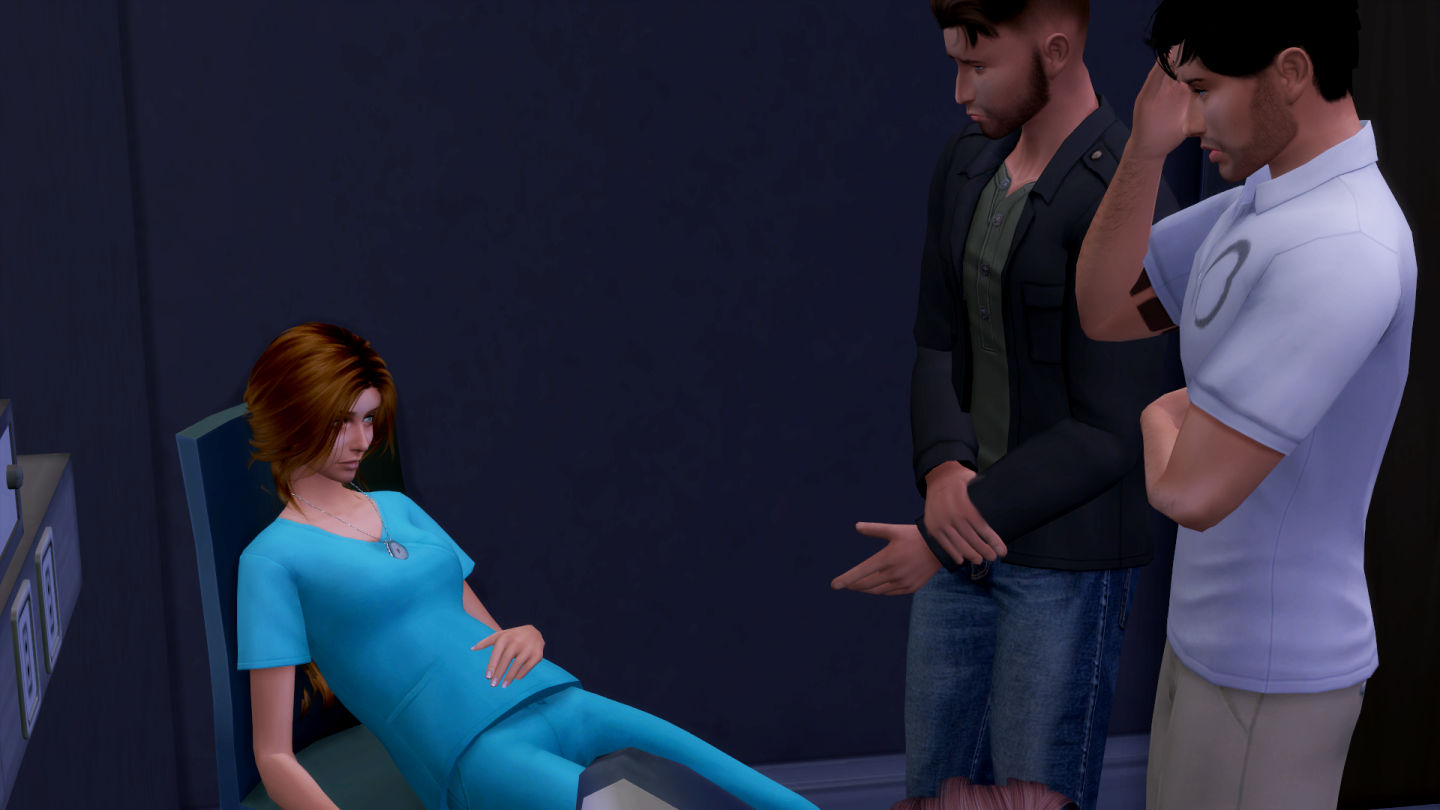 Reagan opened her eyes and saw Archer standing over her, and Ryan right behind him. Her neck ached from the awkward position she had been sleeping. She sat up and absently rubbed it, as everything came rushing back. It was all real and not a dream. Archer was here because her mother had tried to kill both her and her father. 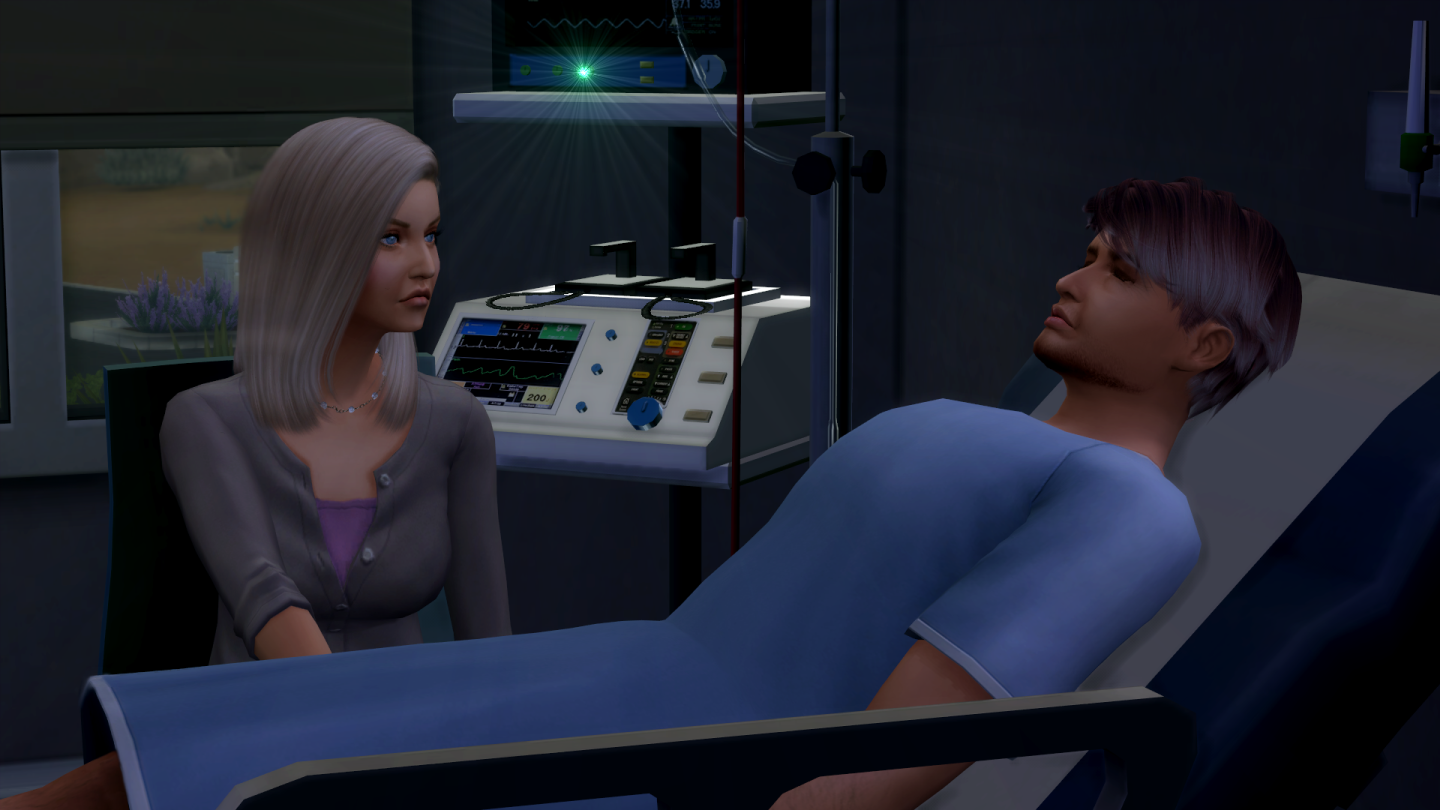 As reality sunk in, her vision became blurred with tears. Quickly blinking them back, she perused the rest of her surroundings in an attempt to get her bearings. She was in her father’s hospital room, the monitors beeping softly in rhythm with his heartbeat. He was alive and Dannie was sitting in a chair next to him, holding his hand, watching him breathe as he slept. 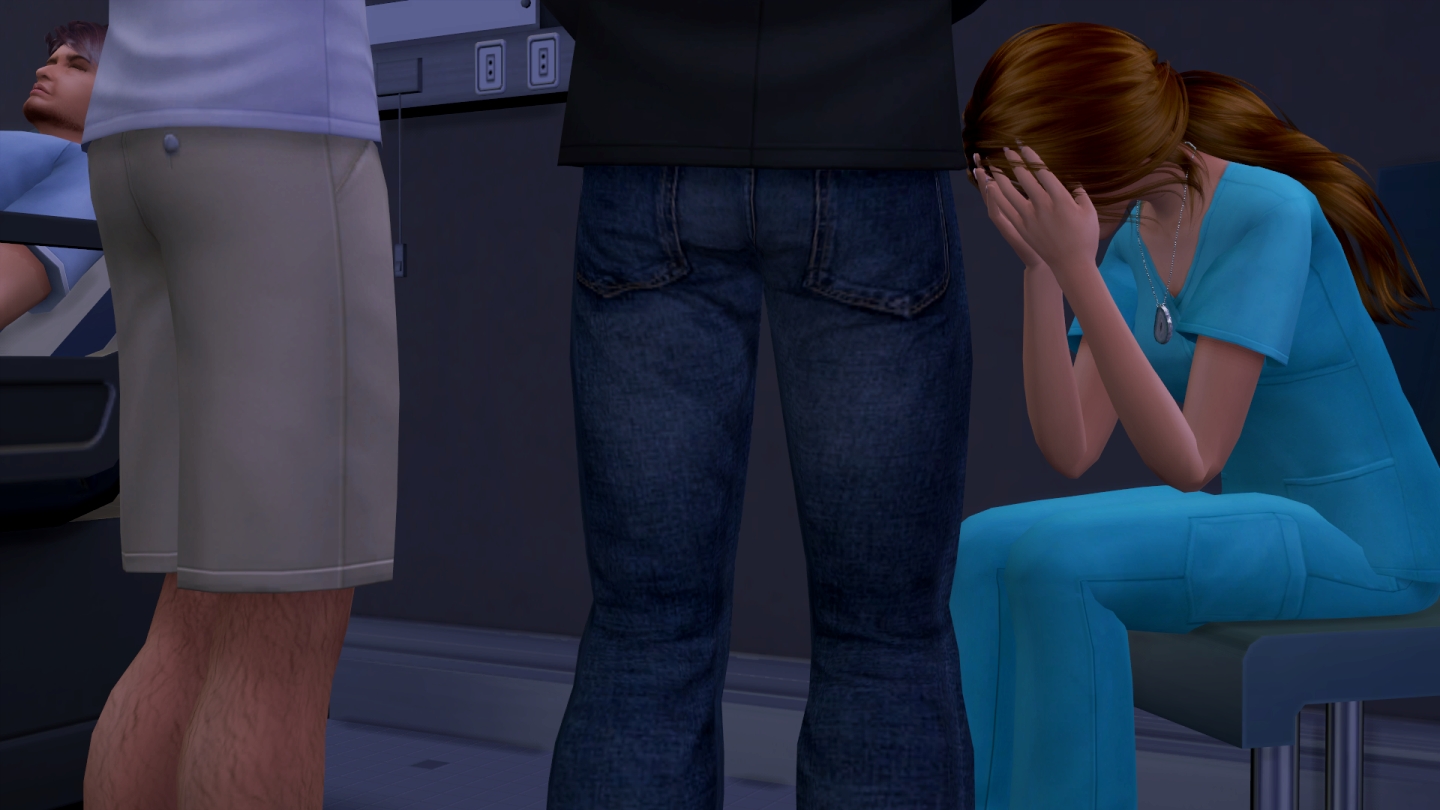 All the bad decisions she’d made over the years pushed themselves forward. Rejecting Dannie when she tried so hard to fill the void left by her own mother. Shutting her father out of her life, the one person who had loved her unconditionally, trying to make up for her mother’s failures. All the times she screamed at him, when he just wanted to protect her. Embracing her evil mother over the very family that loved her in spite of her awful behavior. She didn’t know if she would ever be able to make it up to them now. Too much had happened, and it was all her fault. Exhaustion made her want to shut her eyes again and block everything out.

“Hey,” said Archer softly, making her open her eyes again, “You need to get some sleep – in a bed.”

“I don’t deserve them,” she said in a choked whisper. 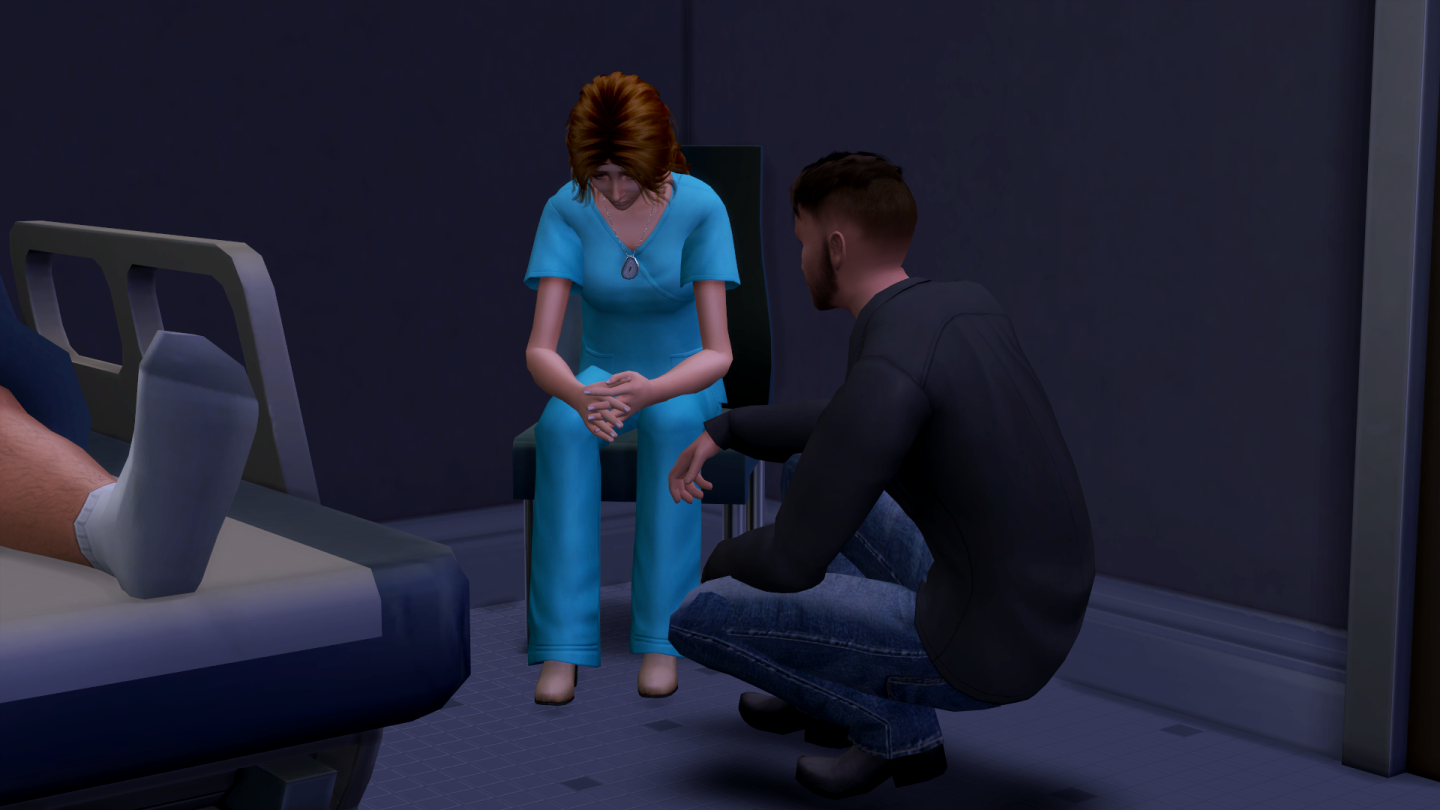 Archer knelt in front of her, forcing her to look at him before he spoke. “It’s gonna be okay. You just need to get cleaned up and get some sleep.” He kept his voice low.  Then he looked at her stepmother. “Mrs. Murdock, why don’t you come with us? Ryan is here and according to the nurse, he is doing well. You need to take care of yourself. You won’t be any good to your husband in the morning if you don’t.”

“He’s right Dannie,” said Ryan, gently placing his hand on her shoulder, “He’s sleeping now. Go with them. Get yourself a few hours sleep. I’ll stay.”

“I can’t sleep in that bed alone,” she said thickly. 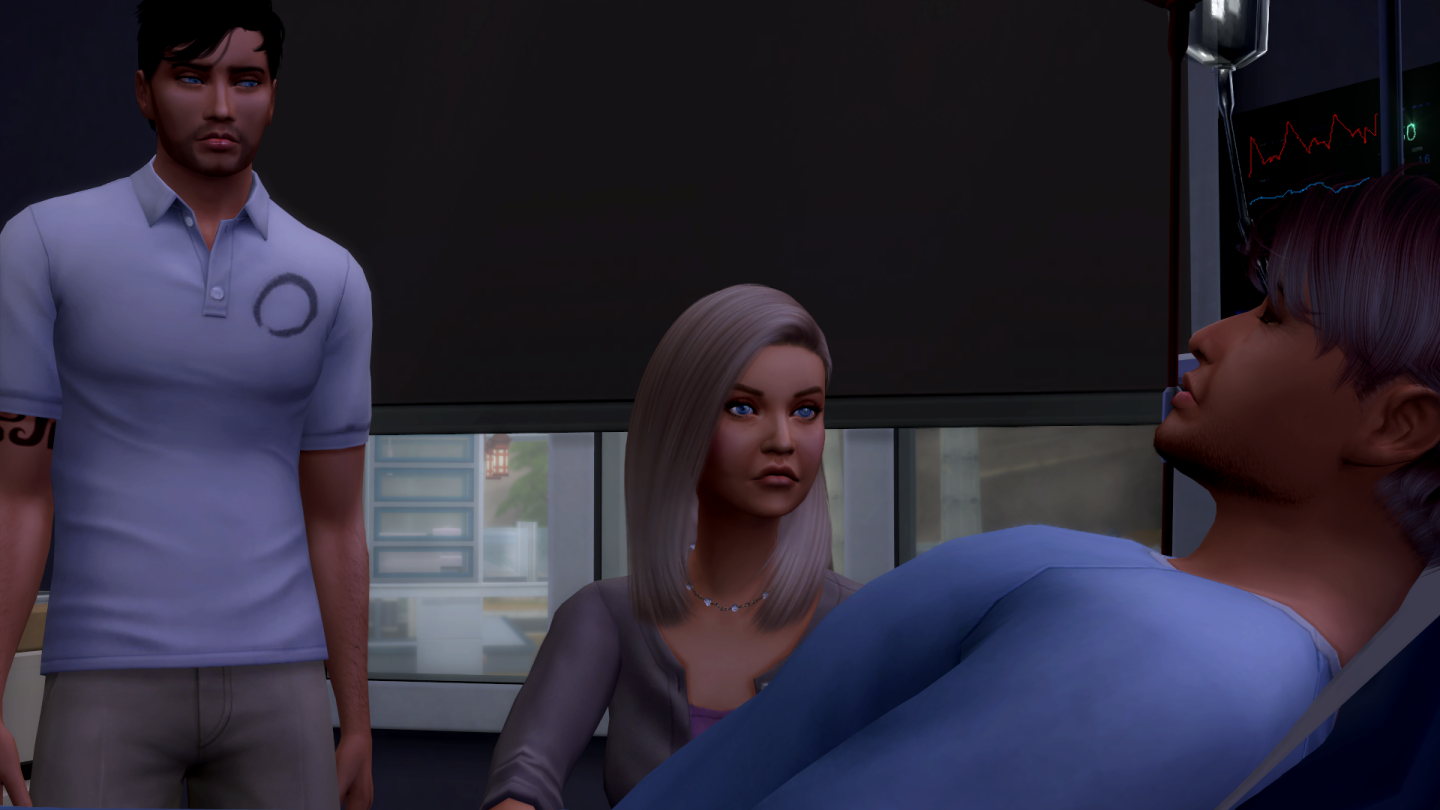 “Then go to Grandma’s,” suggested Ryan. “Connie’s there. You can sleep with her. She needs you too.”

Dannie inhaled sharply at the mention of her youngest daughter’s name. “Will you call them? Let them know I’m coming?” she asked, finally relenting.

Ryan sighed with relief, “Yes. You two, go with Archer.” 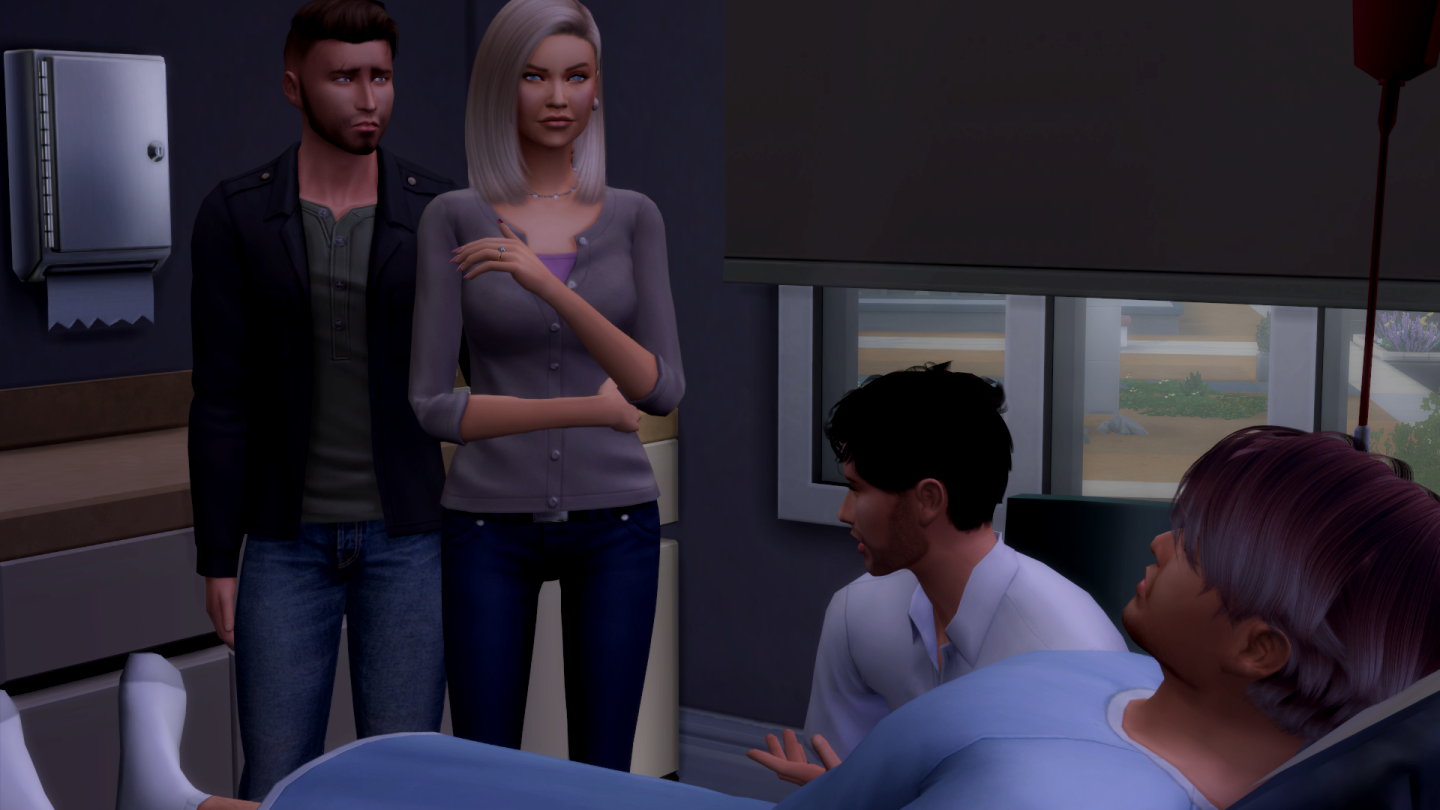 Archer quickly got up and walked over to help Dannie out of the chair before she changed her mind. Ryan immediately took her place.

With his hand on the small of her back, Archer guided her to where Reagan sat watching it all unfold. 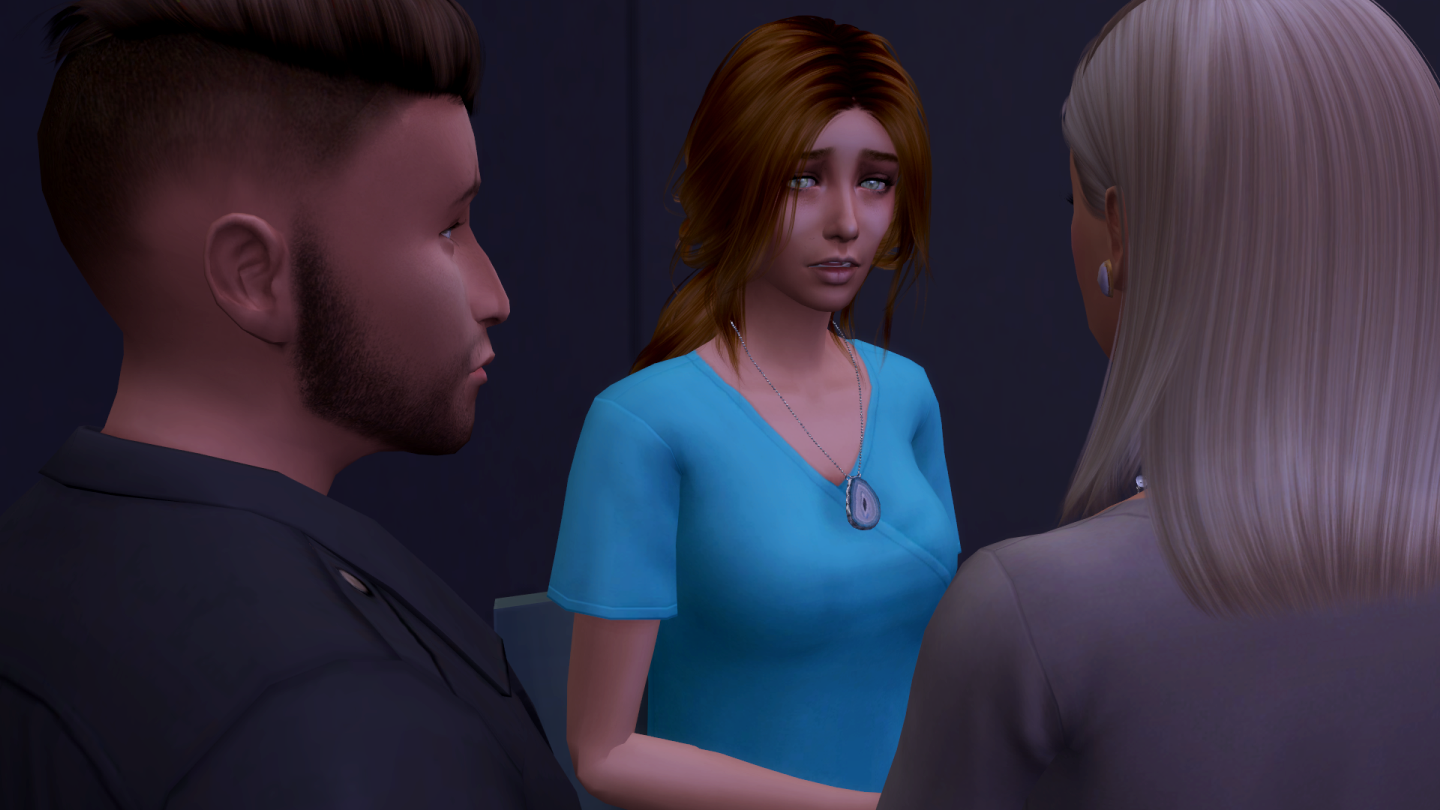 Reagan stood up and looked at her stepmother. “Dannie, I’m so sorry,” she said.

“Let’s just go,” snipped Dannie, “I don’t have the energy to deal with you right now.” 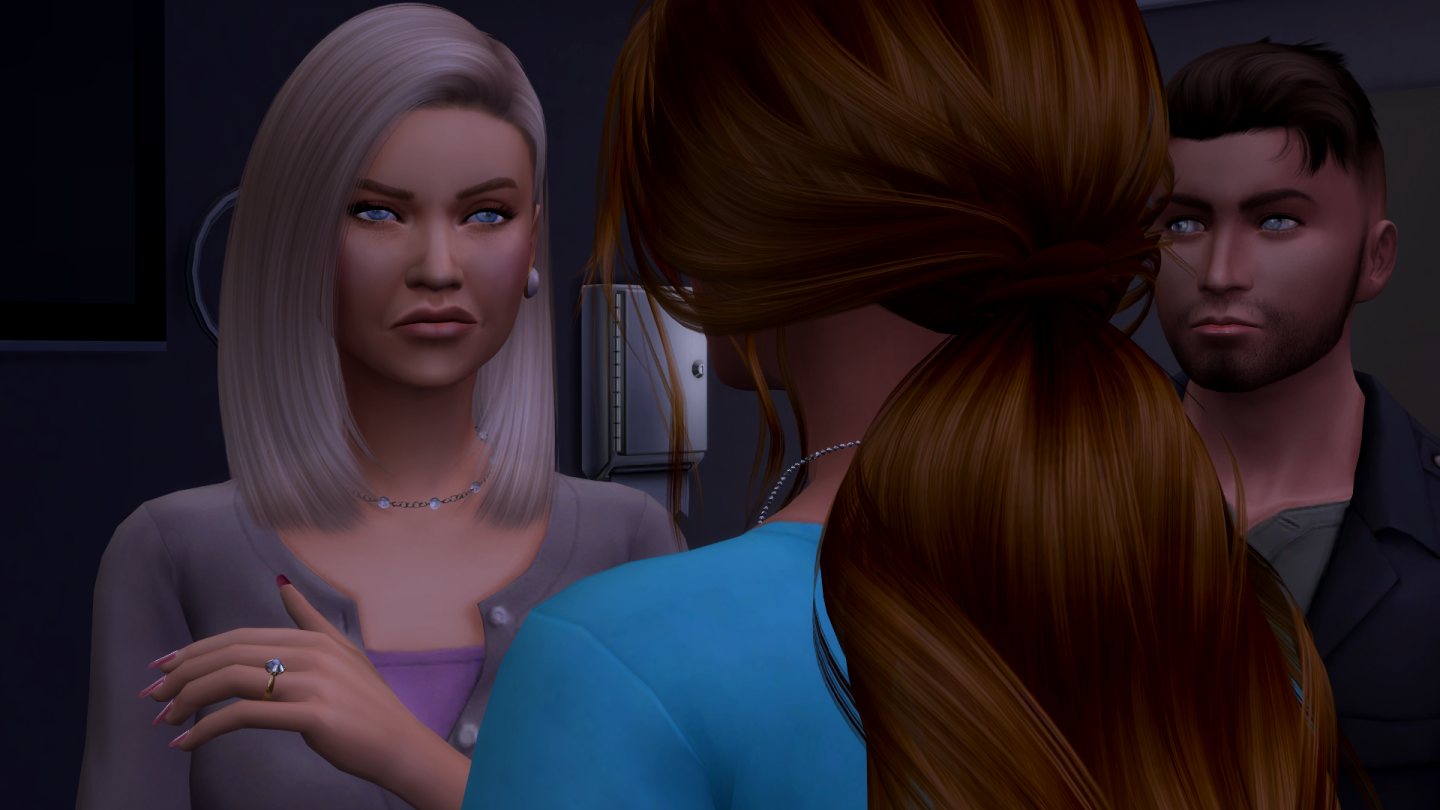 Reagan knew she deserved Dannie’s wrath, but her refusal to accept her apology cut like a knife. She would have to earn it. Suddenly, she knew how Evan must be feeling after her rejection. Her chest constricted almost painfully. She would have to call him. They desperately needed to talk. But not now.

She looked at the gentle giant of a man that had been by her side for the past few hours. She would be eternally grateful to him for just being there with her. She knew he couldn’t stay forever, but until he had to go, it was easier to simply let him make the decisions. She could block the outside world for just a little longer before she had to face the music. 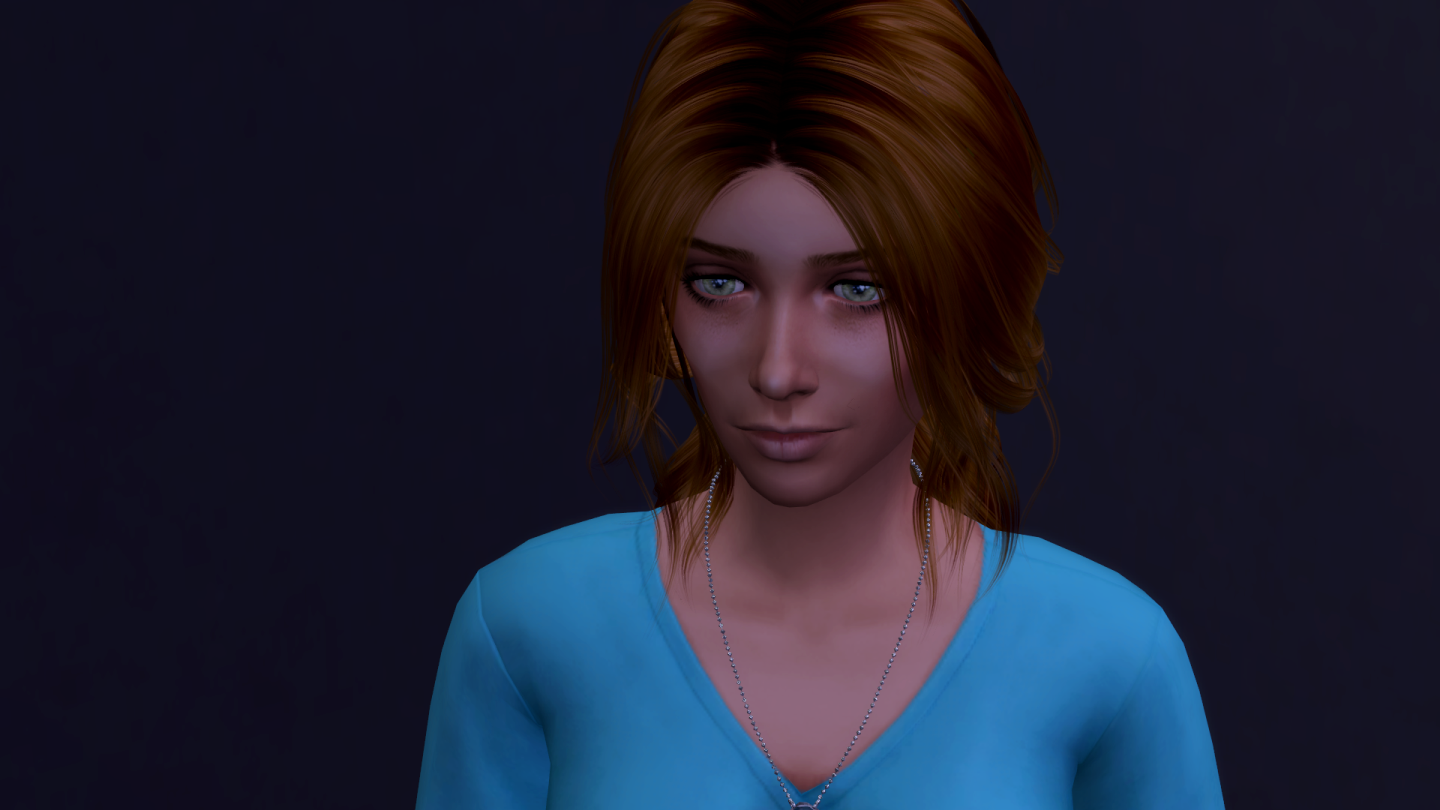 She turned for one last look at her father, sleeping peacefully, before she left.  I love you Daddy, she thought, I will make it up to you somehow. I made a promise and I intend to keep it. Thank you God.