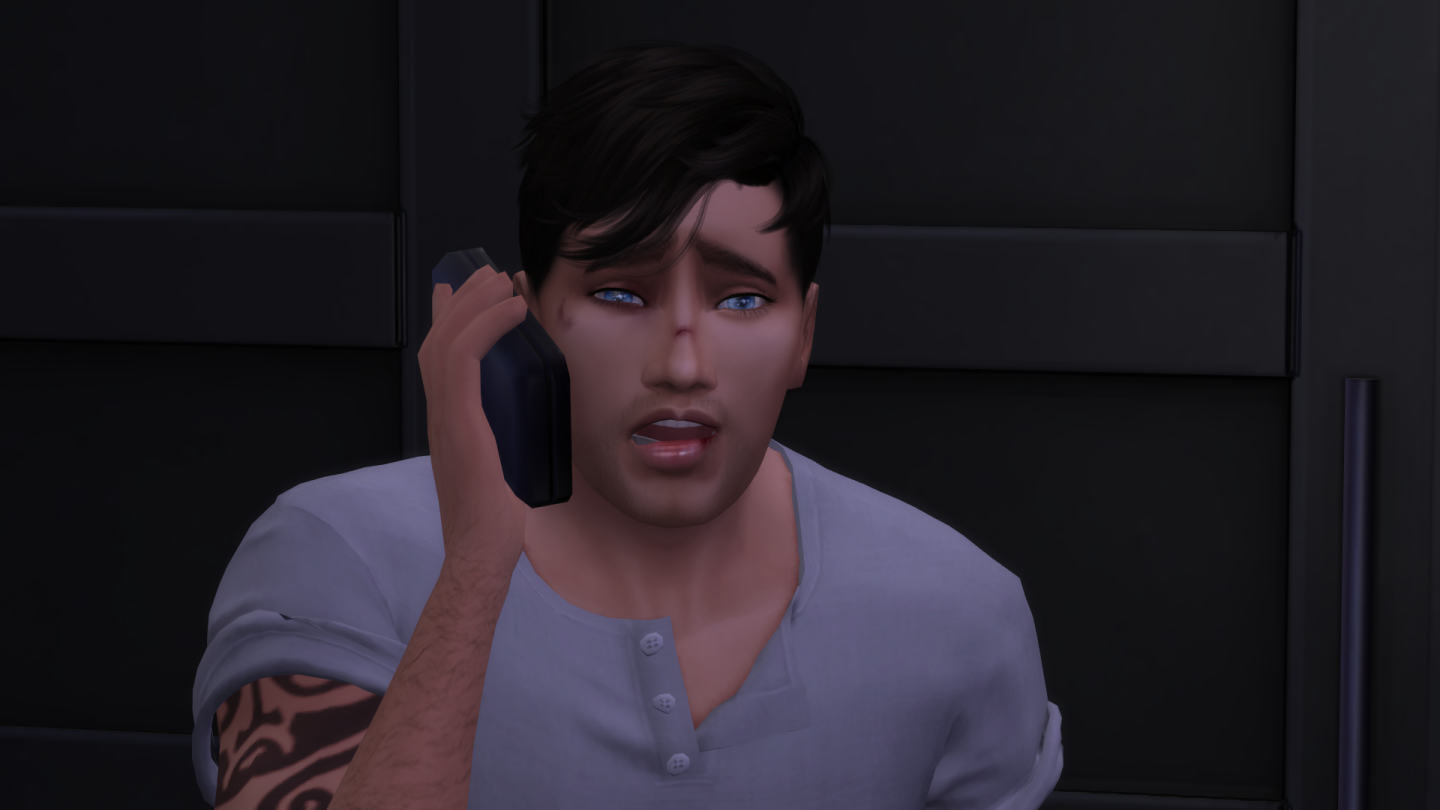 “How fast can you get here?” asked Ryan in a near panic.

“I’ll be there in 20 minutes. I’ll make a couple of phone calls on the way. Don’t worry Ryan.” 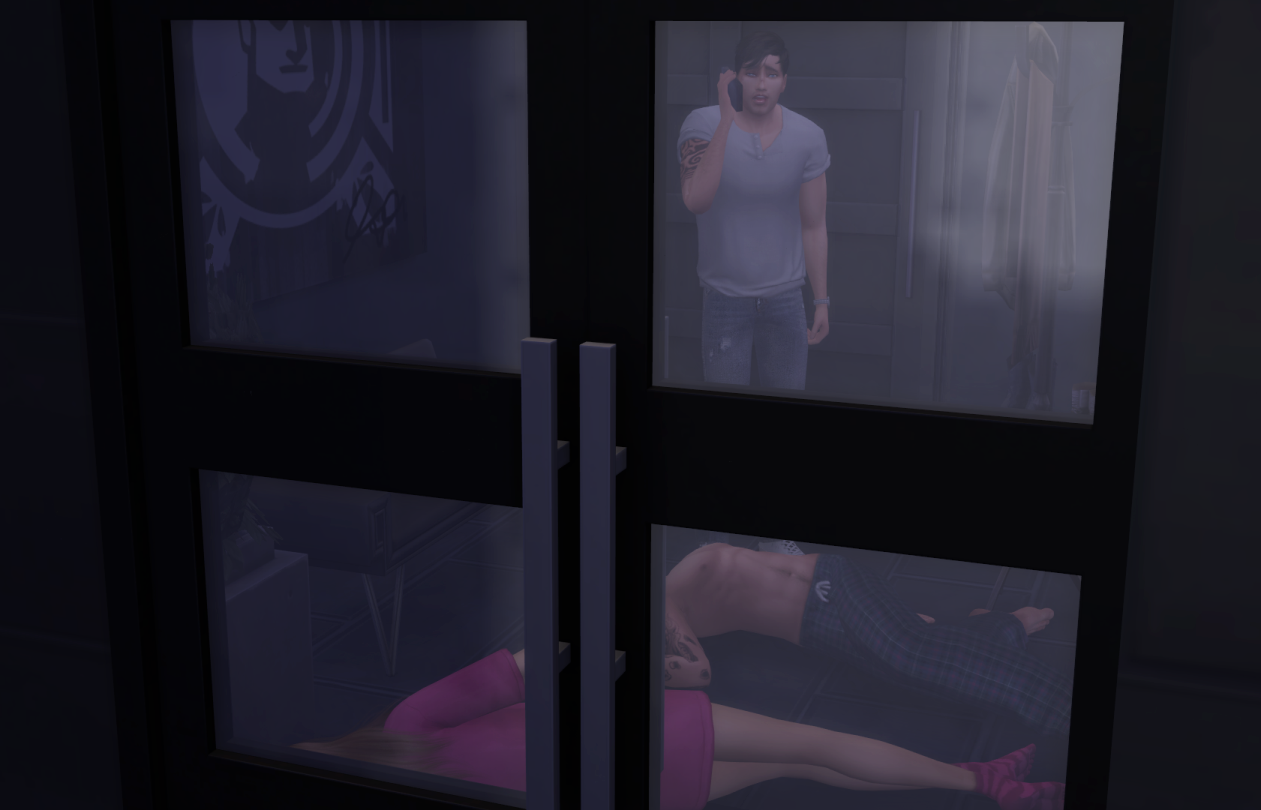 “Thanks Grandpa,” he said relieved that he was so calm.  He hated calling him, but he was closer, living in Newcrest. Plus, his dad was still recovering and wouldn’t have been calm anyway. 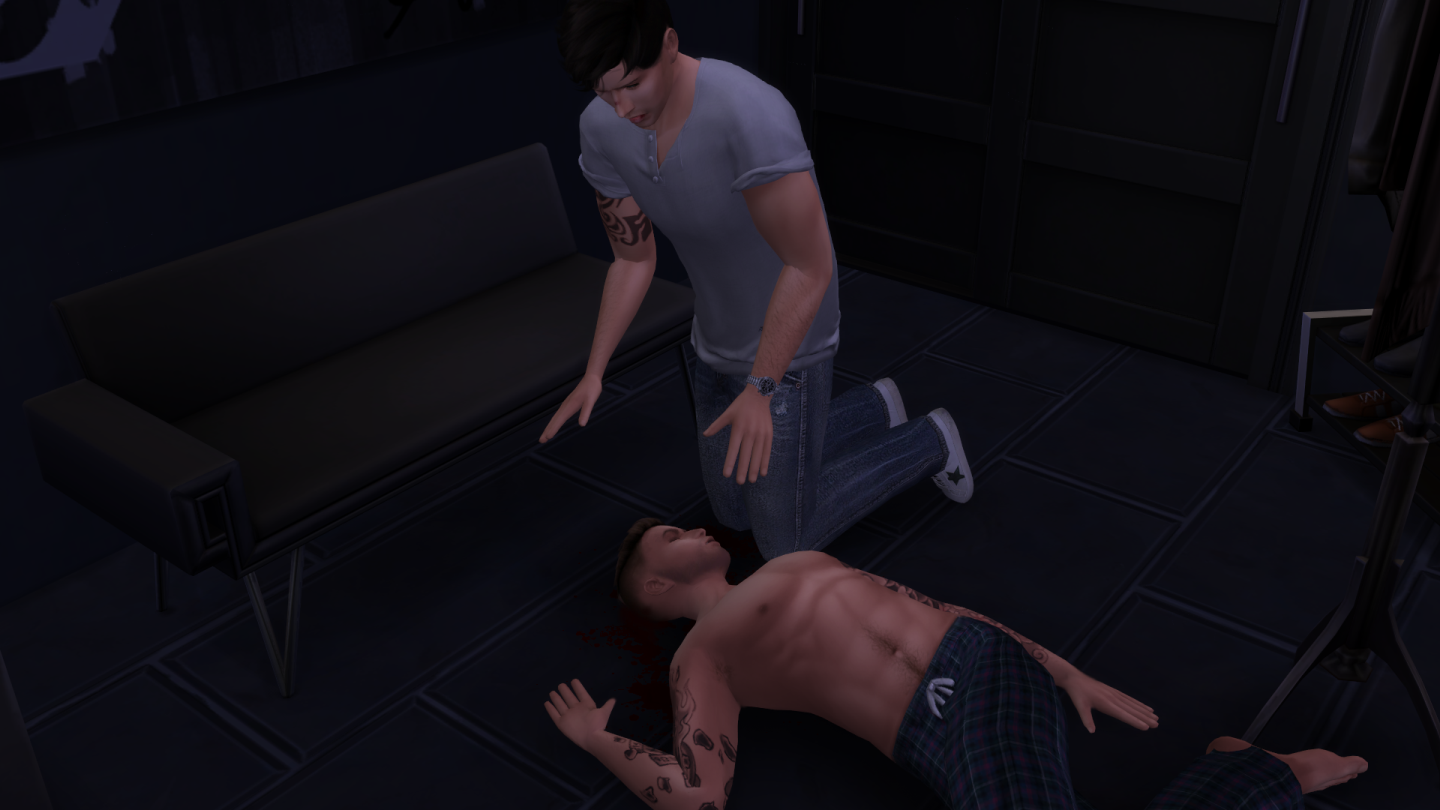 Reagan had simply fainted when she saw the blood. He hadn’t touched Archer other than to make sure he was still breathing. His pulse was strong. He knew he wouldn’t be out long. Then he’d called his grandfather.

Ryan didn’t know how bad Archer was hurt or what he would do when he came to. His ribs hurt pretty damn bad, so he wasn’t in any shape to defend himself or Reagan, who had passed out and was still in a heap on the floor next to Archer. 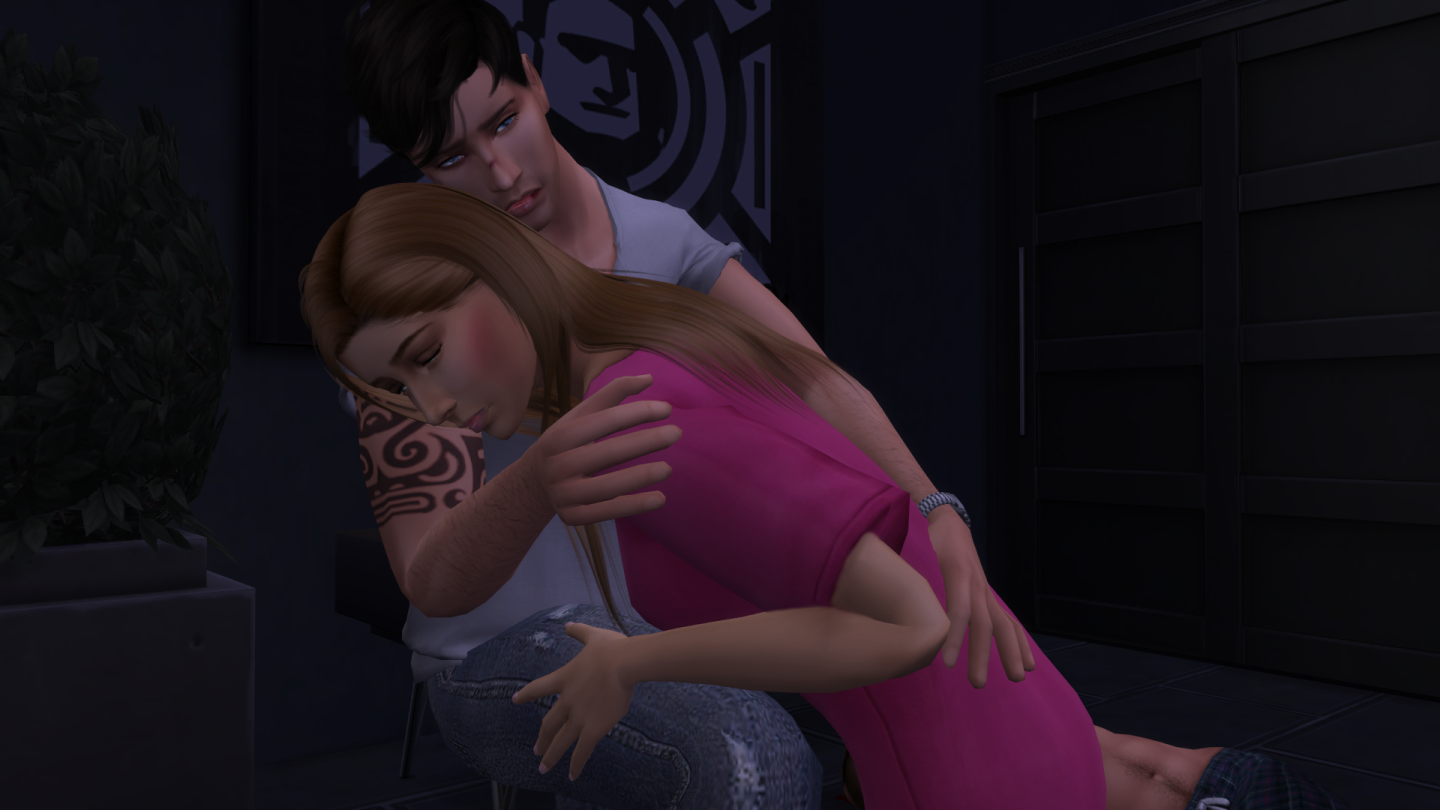 Reagan began to stir as Ryan walked over to check on her. “It’s gonna be okay Rea,” he whispered as he helped her up, and bit back groan.

He led her into the living room, away from Archer’s still body, and made her sit on the couch. “Stay here, Grandpa’s on the way. I’m going to get you a blanket and something to relax you, you’re shaking.” 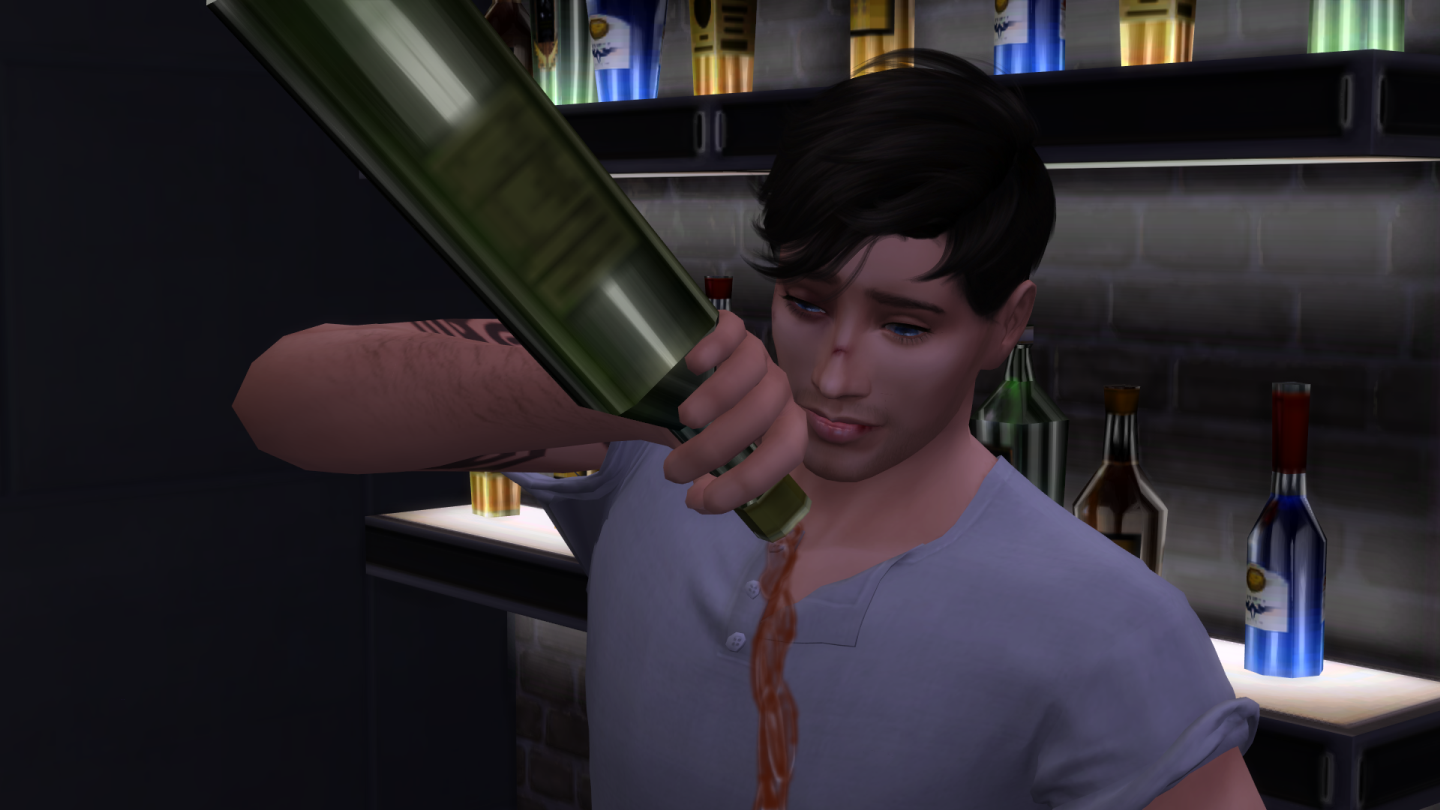 Ryan couldn’t help but notice the massive bar as he took Reagan to the couch and his eyes rolled all on their own. Why did everything he had have to be bigger and better? He grabbed a bottle of Asshole Archer’s most expensive bourbon and poured Reagan a healthy shot.

“Here Rea, drink this. It’ll take the edge off. It’s just Bourbon. A good one, but it’ll still burn going down.” 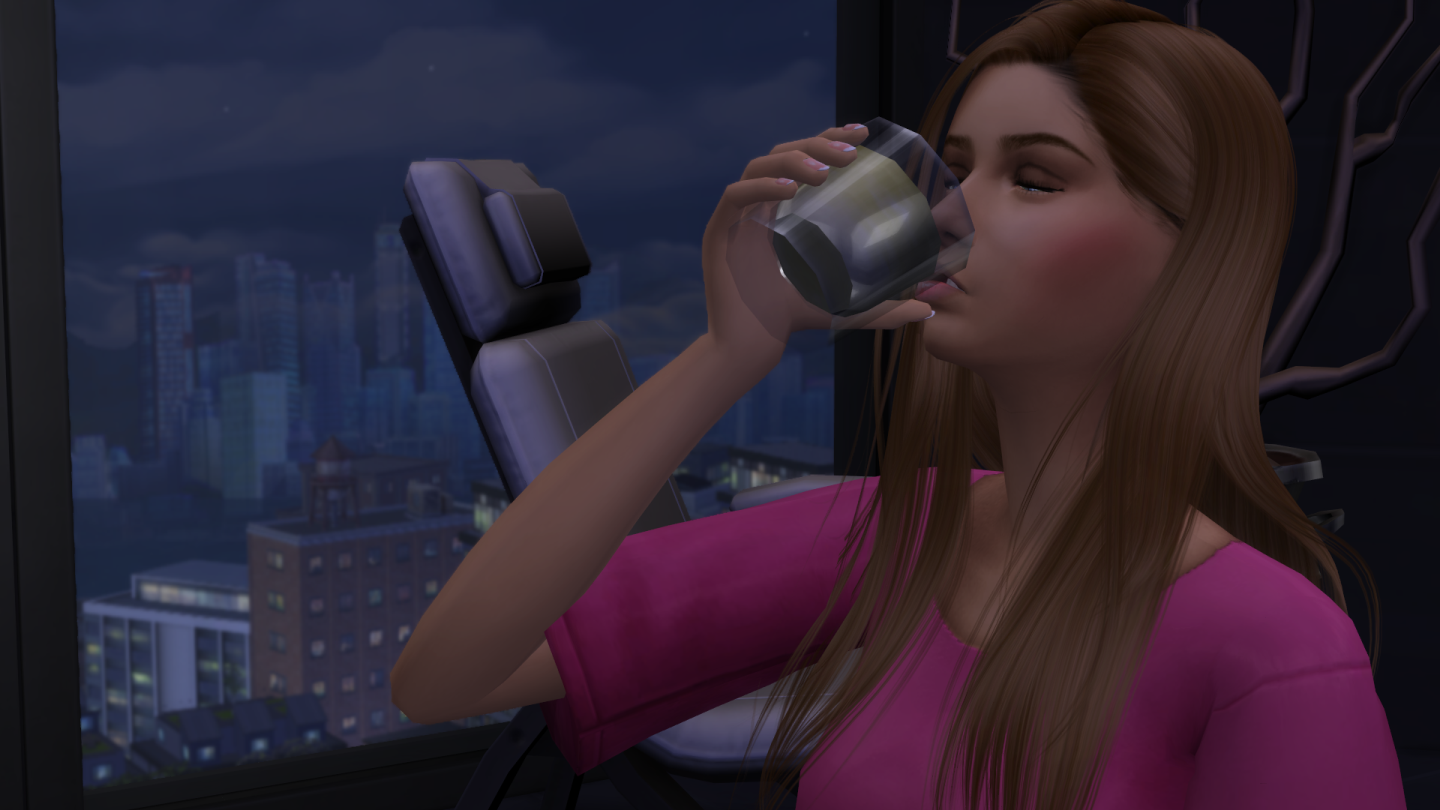 He watched while she shot it like a pro, then grimaced at the burn. “He’s not …?” she asked softly. He figured she was afraid to ask before downing the shot. 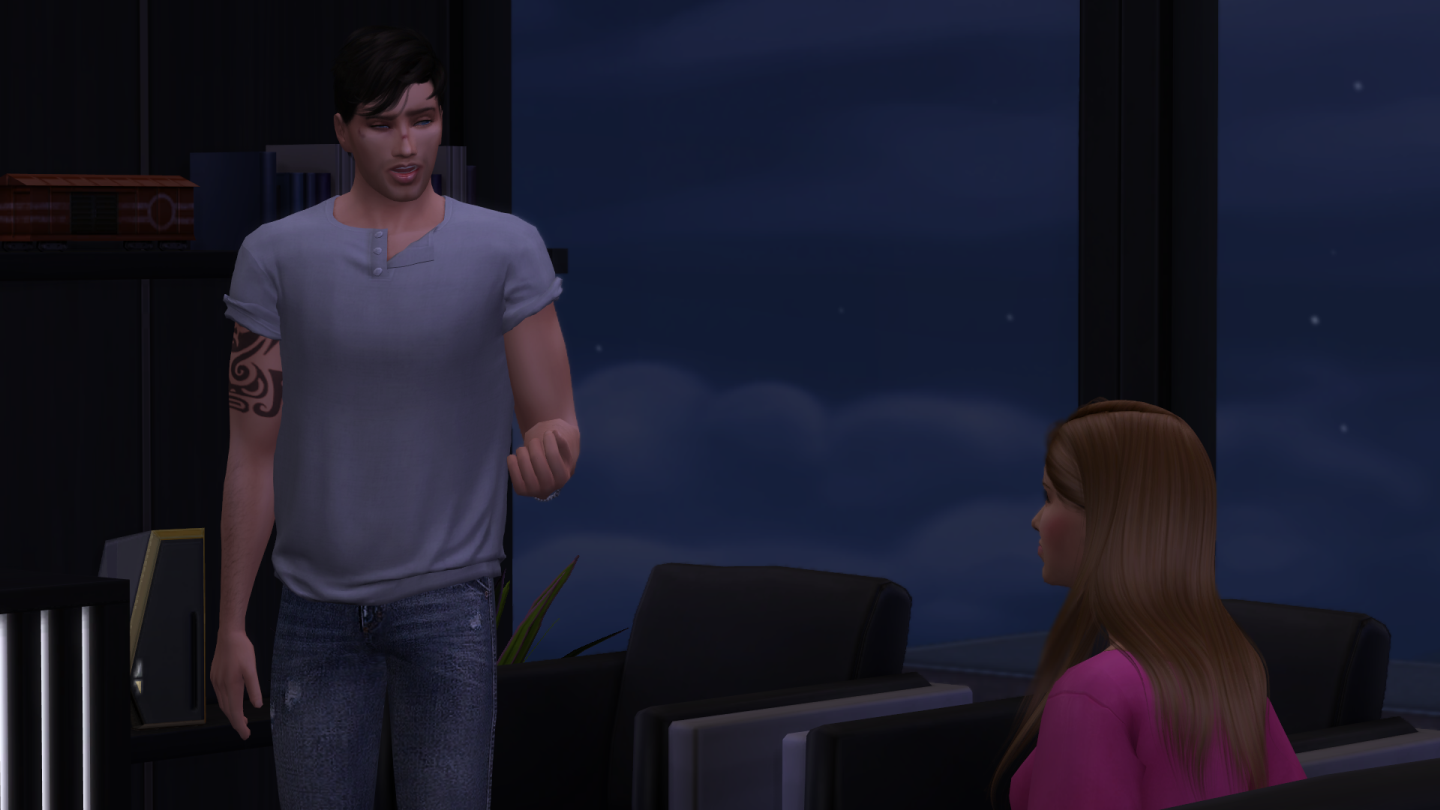 “No. He’ll be fine. Probably needs stitches and he’s gonna have a helluva headache.” And will be pissed as hell when he comes to, added Ryan in his head. “I need to go check on him. You stay here.” 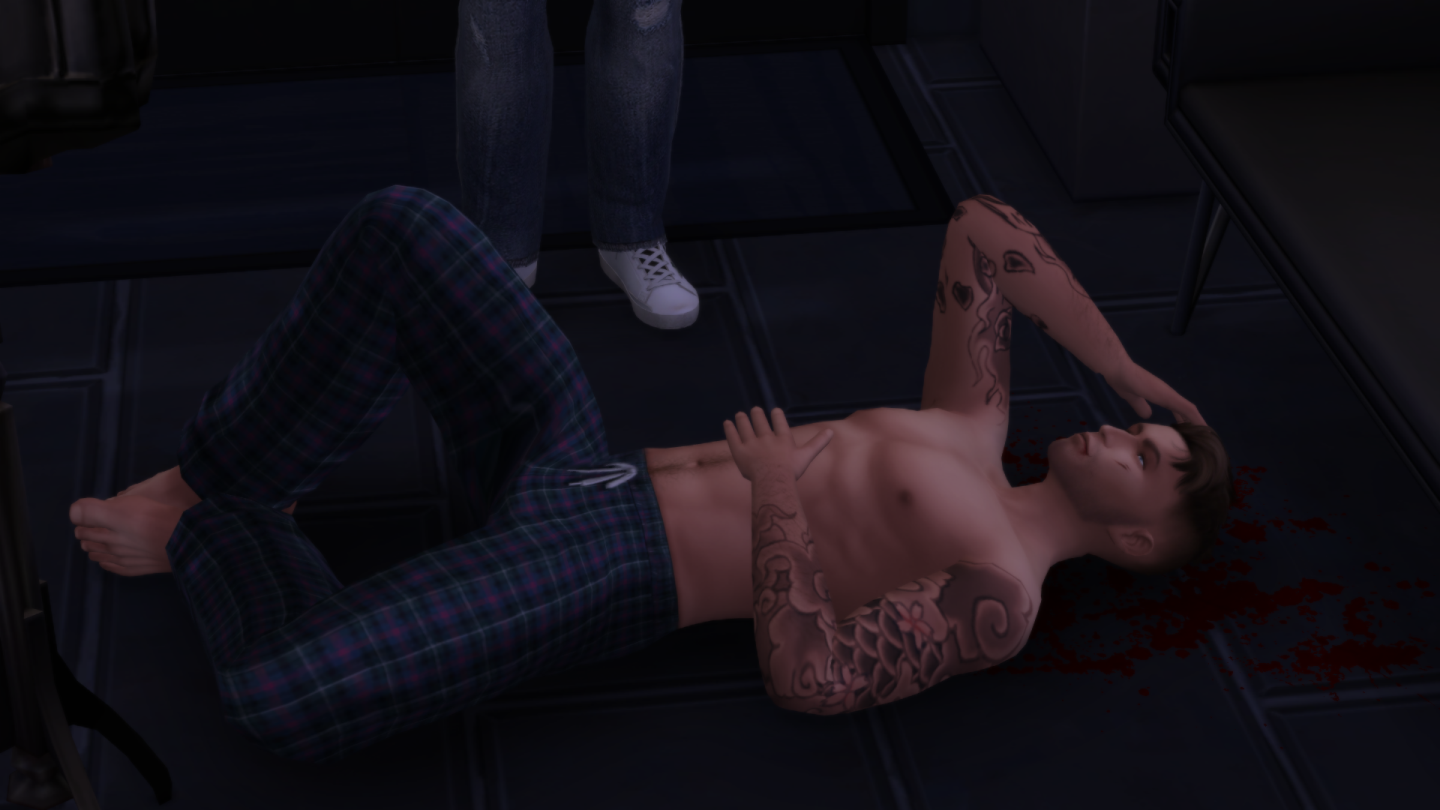 Ryan got back to the hallway just in time to hear Archer groaning. “Stay still!” commanded Ryan. “You have a gash in the back of your head and probably a concussion to boot. Your lucky that bottle was empty. My grandfather’s on the way, so don’t try any shit.”

“Fuck you,” growled Archer as he attempted to get up anyway, then decided to lean against the chair instead. “What’re you still doing here anyway, and where is Reagan?” 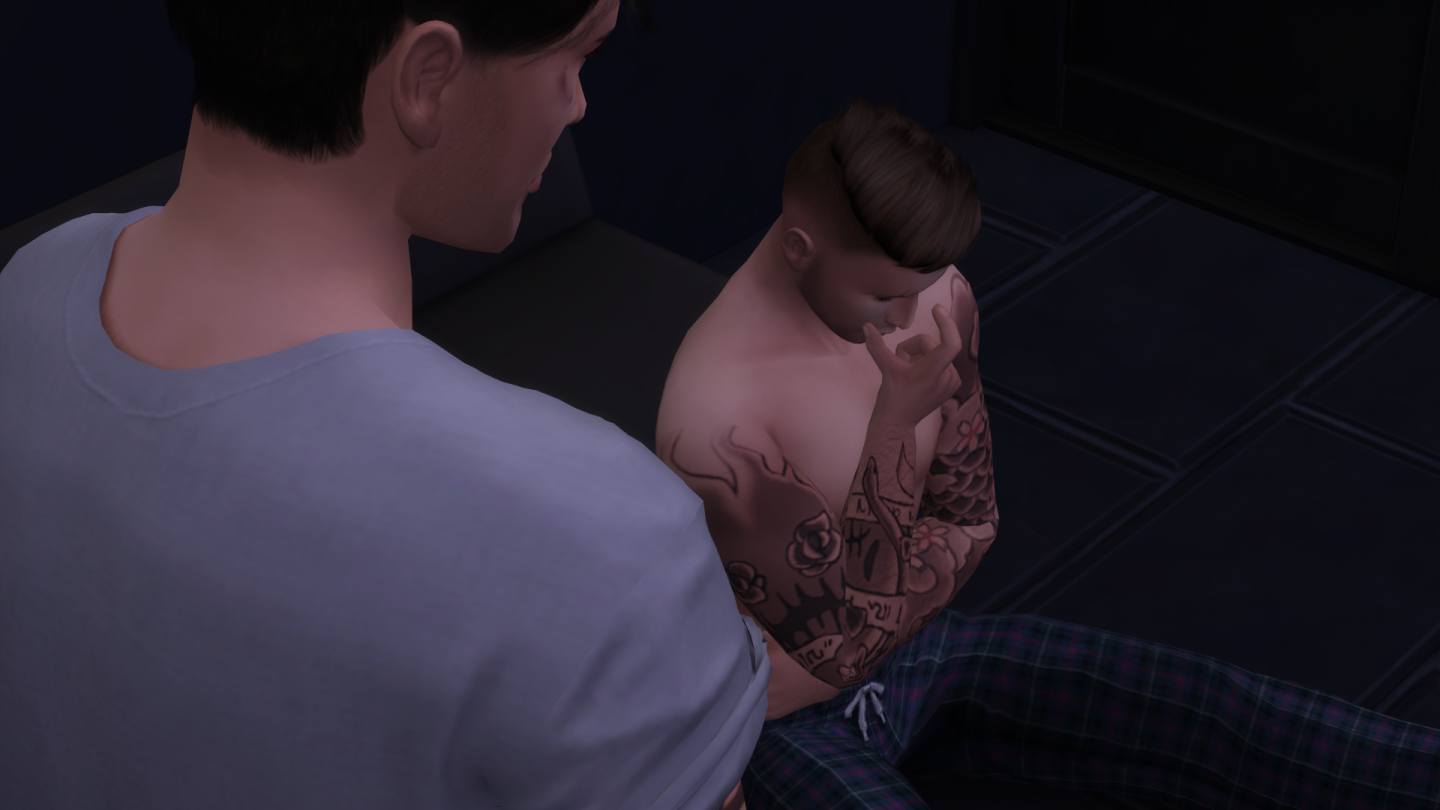 Ryan stood there with his arms crossed, glaring at him. “To make sure your scummy ass was okay. Thank you very much. And Reagan, she’s coming with me. Don’t try to stop it. When Ben gets here he’ll take you to the ER so you can get stitched up and checked out.”

“No fucking E.R., BASE has a doc on staff. Give me my phone and I’ll call them.” 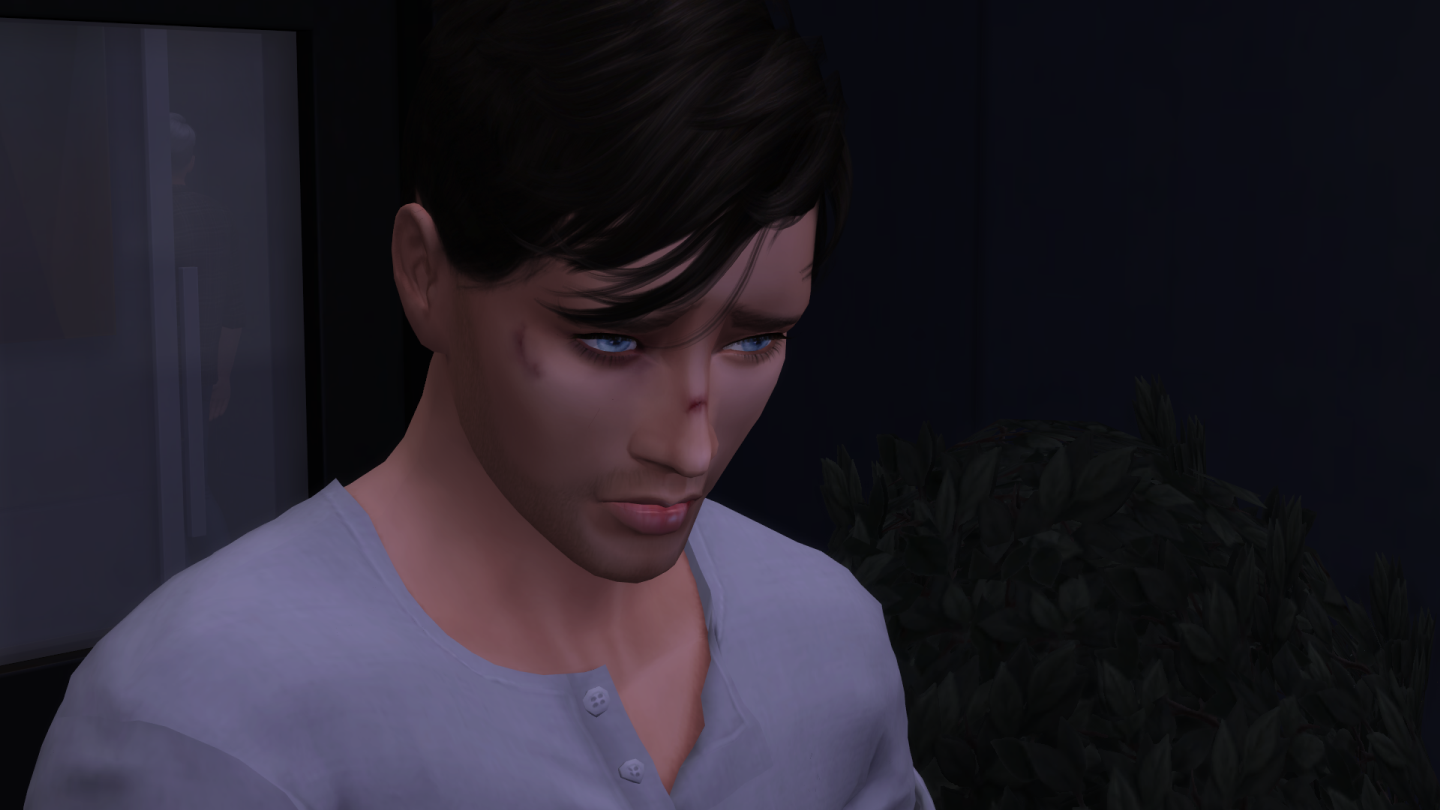 “No fucking way. Ben can call after we’re gone.”

“What do you think I’m going to do shit-head?”

“Who the fuck knows. I don’t trust you for one second,” snapped Ryan. 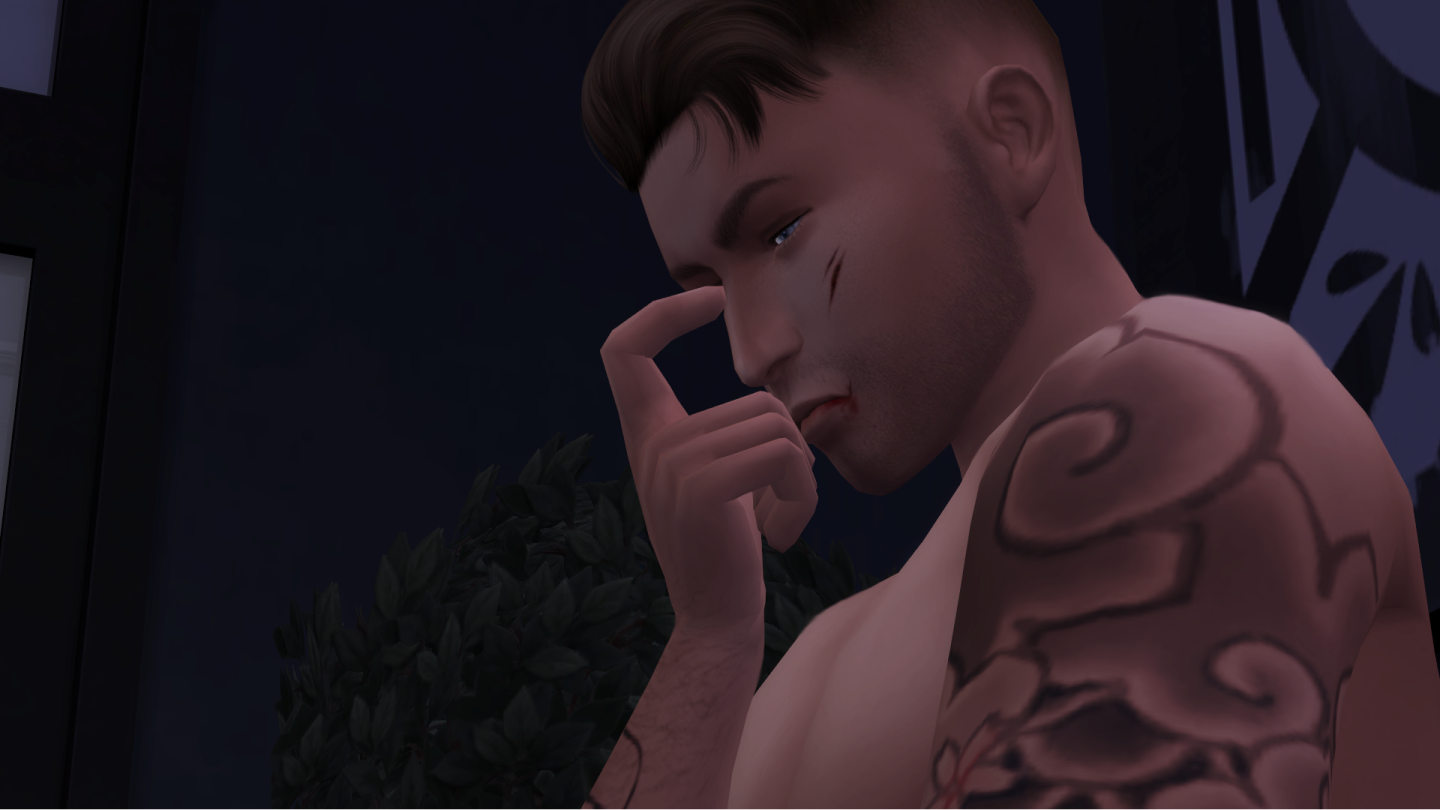 “That’s bullshit and you know it,” barked Archer, “I would never hurt Reagan.” 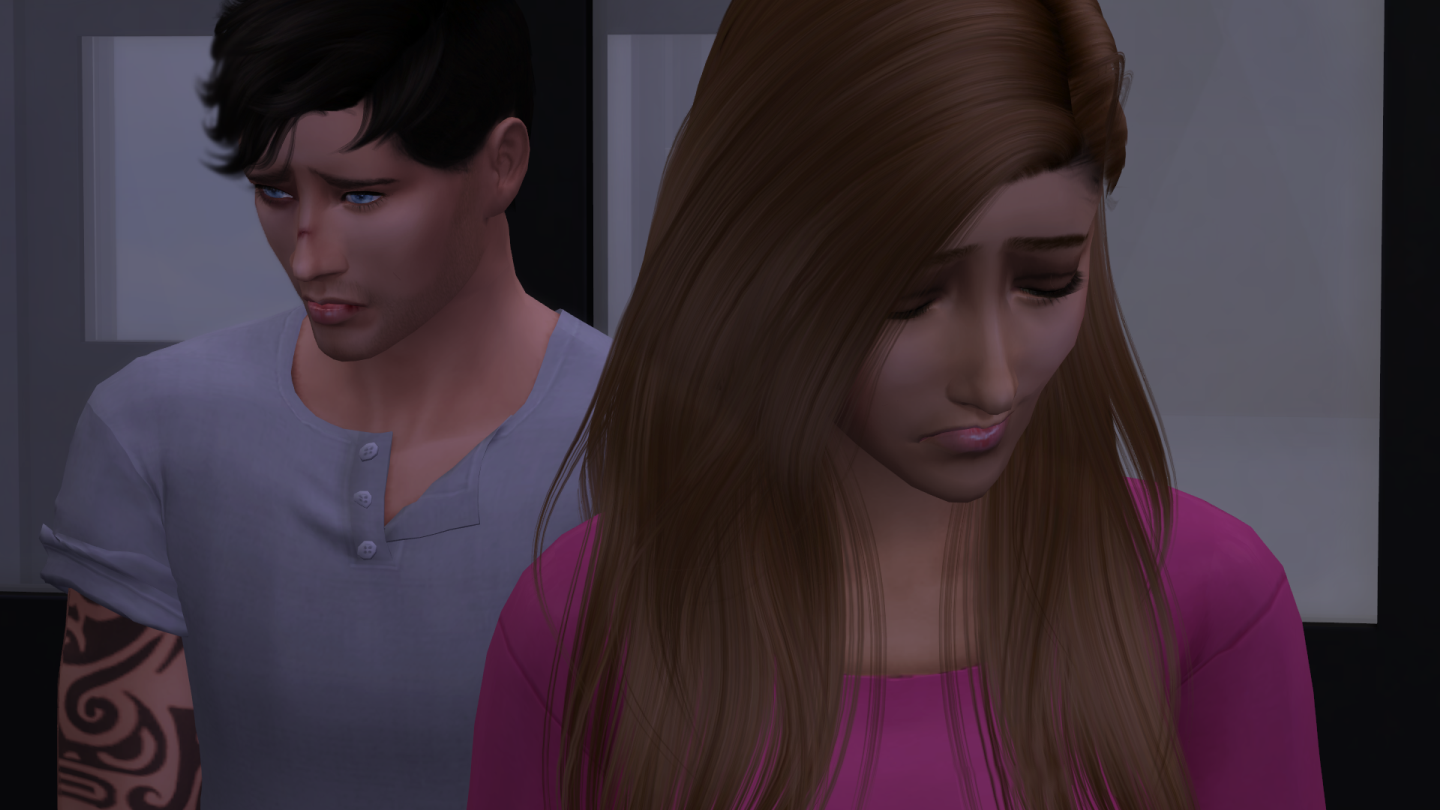 Reagan, walked in, likely having heard them yelling at each other. “Then why didn’t you stop? You just kept on hitting him!” she said.  It nearly killed Ryan to hear the pain in her voice. 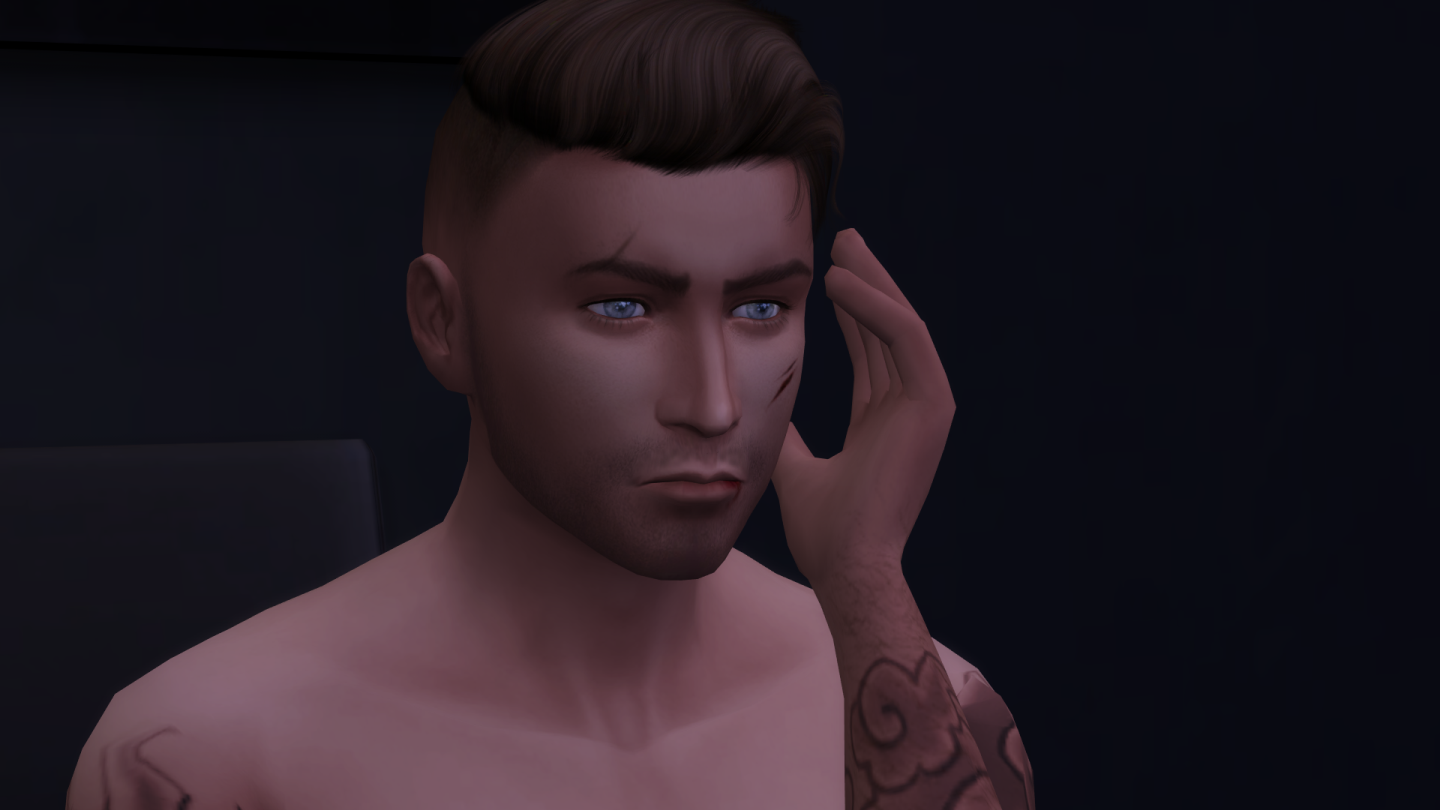 Archer let out a breath, messaging his head. “I’m sorry sweetheart. All I could think was that he was going to take you away. You know, you don’t have to do what he says Reagan.”

Before anyone could respond, there was a knock on the door and everyone jumped and held their breath. “It’s just Grandpa,” said Ryan and opened the door. Ben walked in, along with Sofia and another man.

“Who’s that?” asked Ryan, not recognizing the man with them. 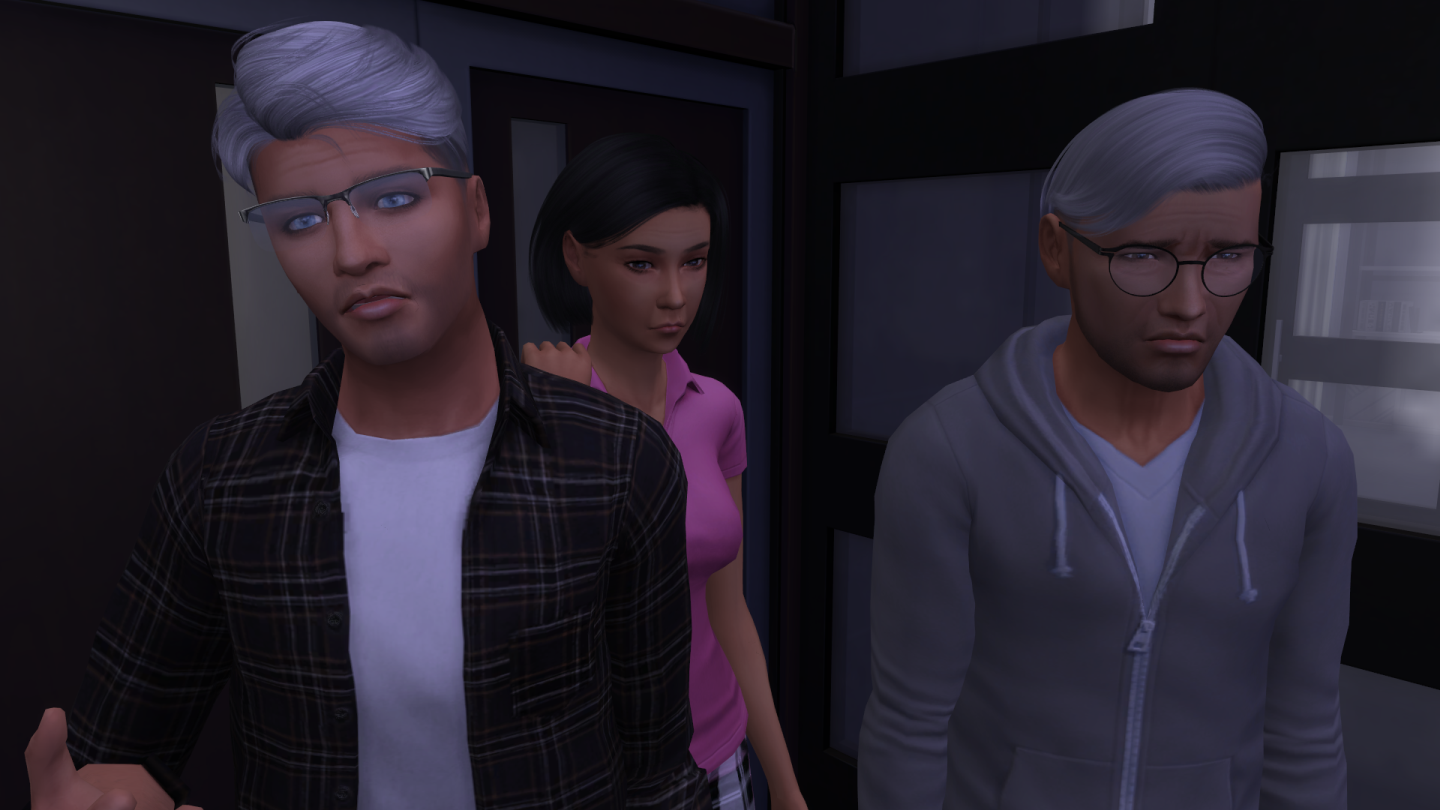 “Dr. Crowley, this is my grandson Ryan,” said Ben, “Ryan, Doc Crowley, the BASE physician.” Ben eyed Archer, “I didn’t figure Archer would want to go to the hospital.”

“Well, son-of-a-bitch,” said Archer and looked at Ben curiously. “How did you know?” 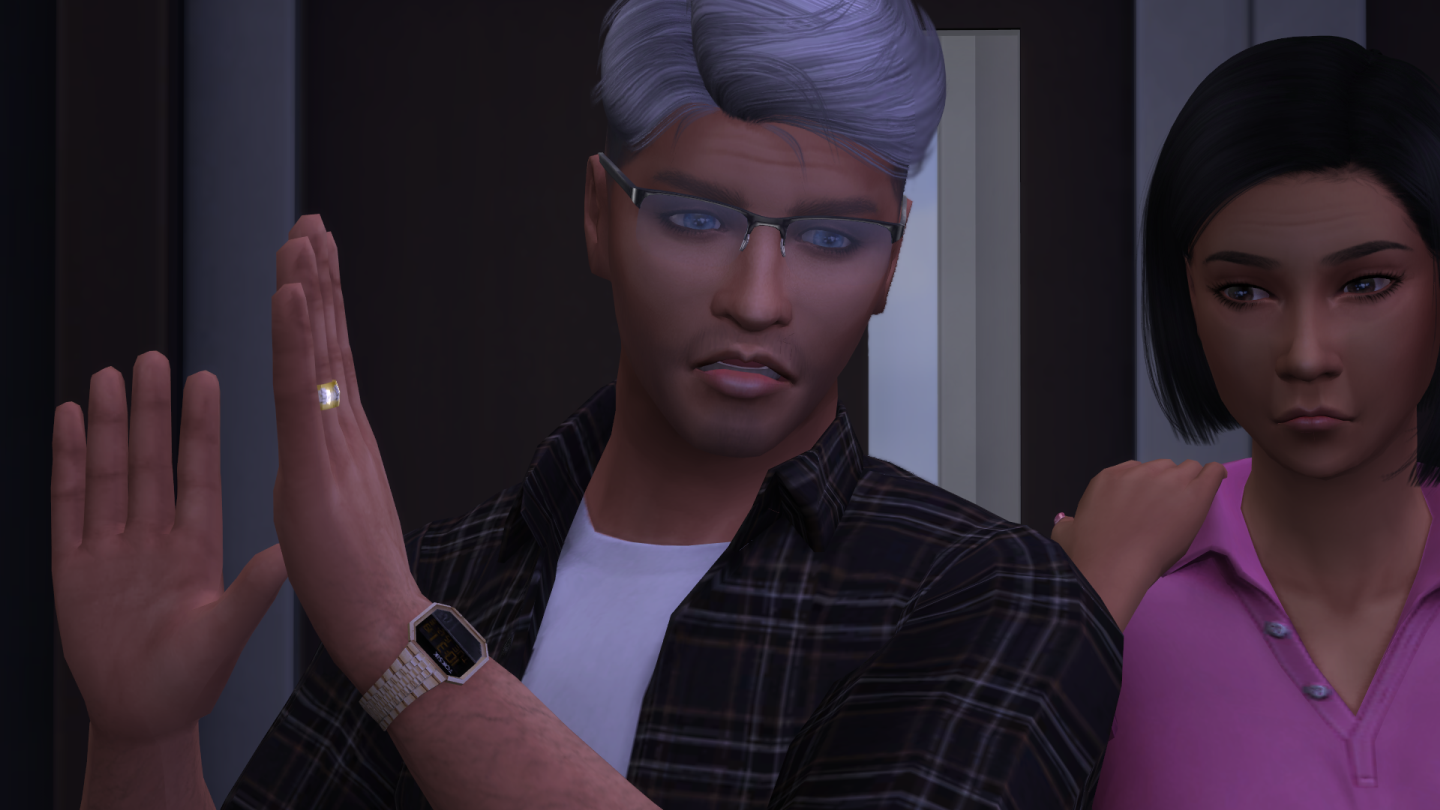 “It’s a long fucking story and you’re not worth my time,” snarled Ben. 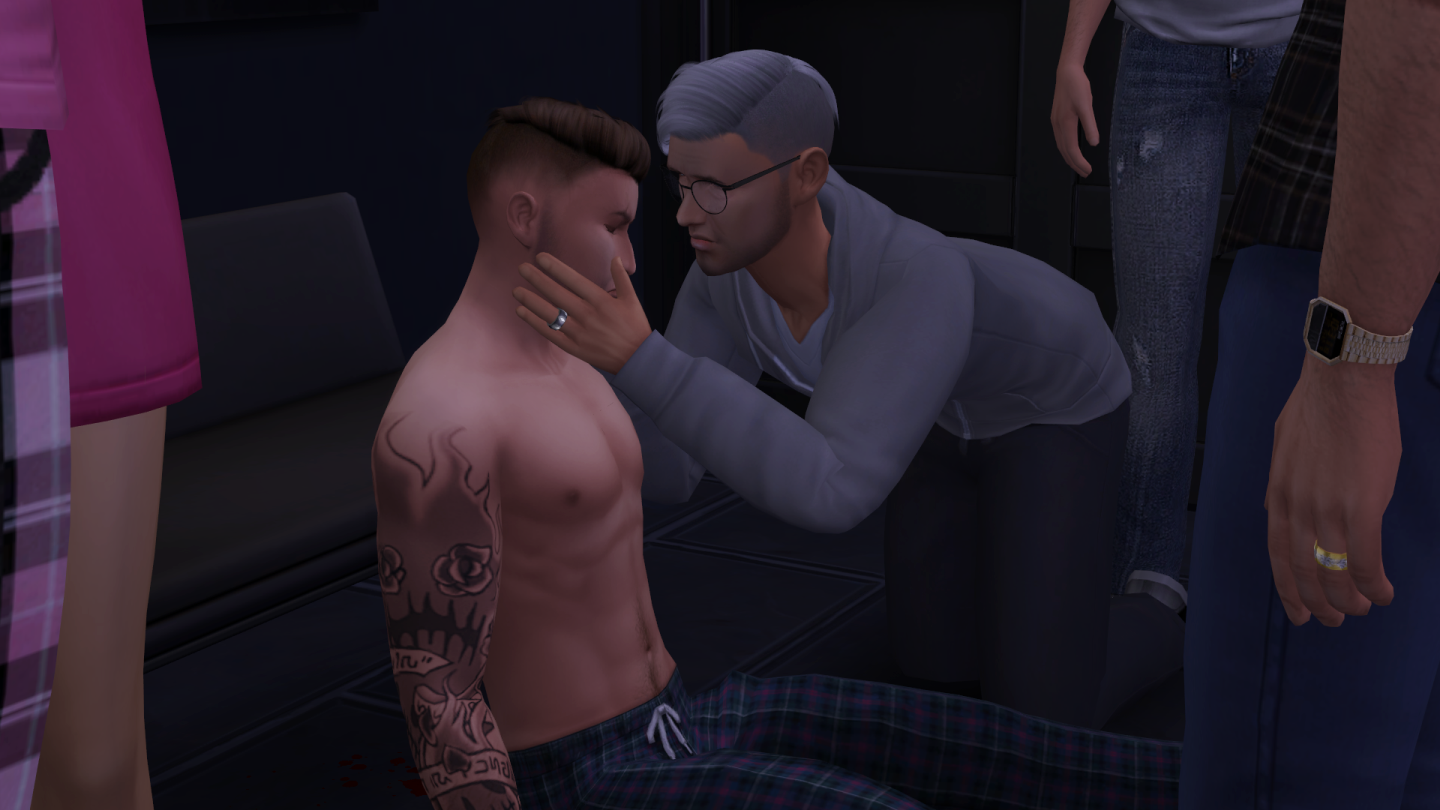 Doctor Crowley walked over to Reagan. “Excuse me honey, I need to get over here and see what kind of damage you did to this guy.”  Without another word, he bent down and began to examine Archer. 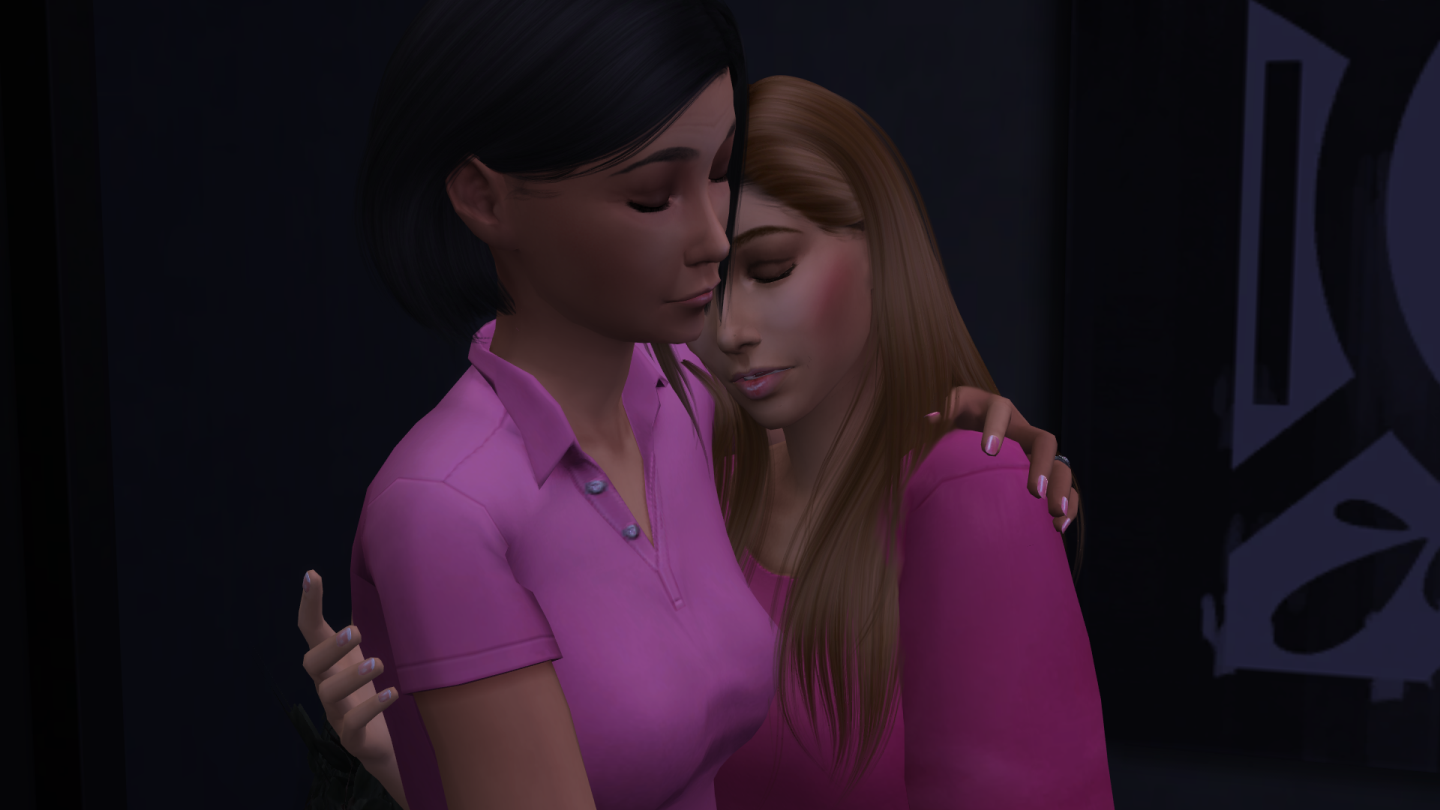 Sofia pulled her away from Archer and into her arms. “It’s okay now baby,” she said to Reagan as if she were speaking to a small child. Then she looked at Ben, “I’ll take Reagan to our house in her car. Ryan, you can go ahead and go back home now. Ben’s got this.” 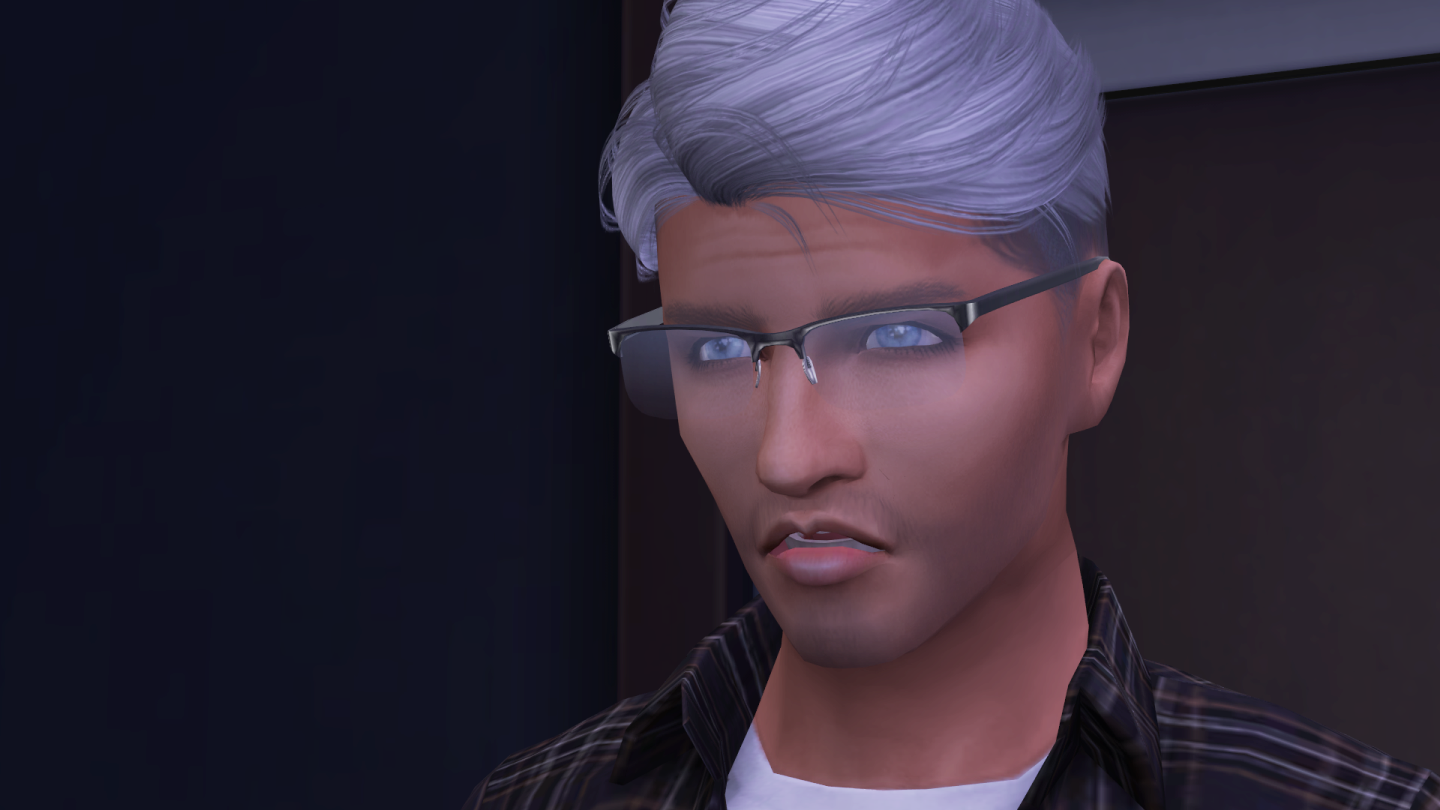 “You heard my wife,” said Ben, glaring at Archer, “my granddaughter is going with her. And I don’t want any fuckin’ lip outta you. Not now, not ever. Got it Kendall? If she decides you’re worth her time, then you can talk, otherwise you’ll have me to deal with.” 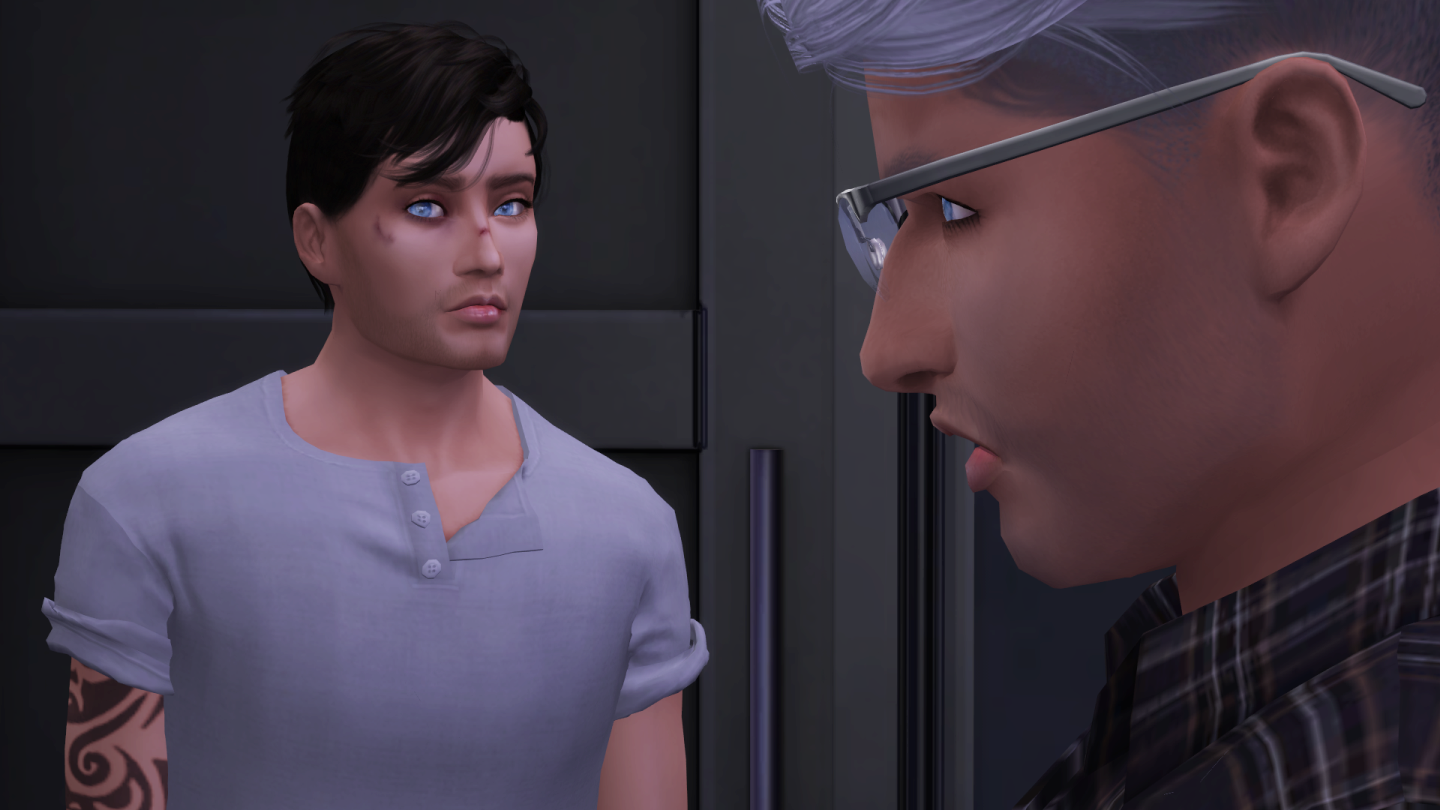 Ryan looked at his grandfather shocked. When did Grandpa become a bad ass? he wondered. Now he was really curious about the story he was talking about. When this shit storm was over, he definitely planned to ask.

Ryan bent over to pick up Reagan’s cell phone where it fell on the floor. It hurt to bend down and he involuntarily winced in pain.

The doctor looked up at Ryan. “Let me check you out too, son. I want to make sure you don’t have a broken rib.” 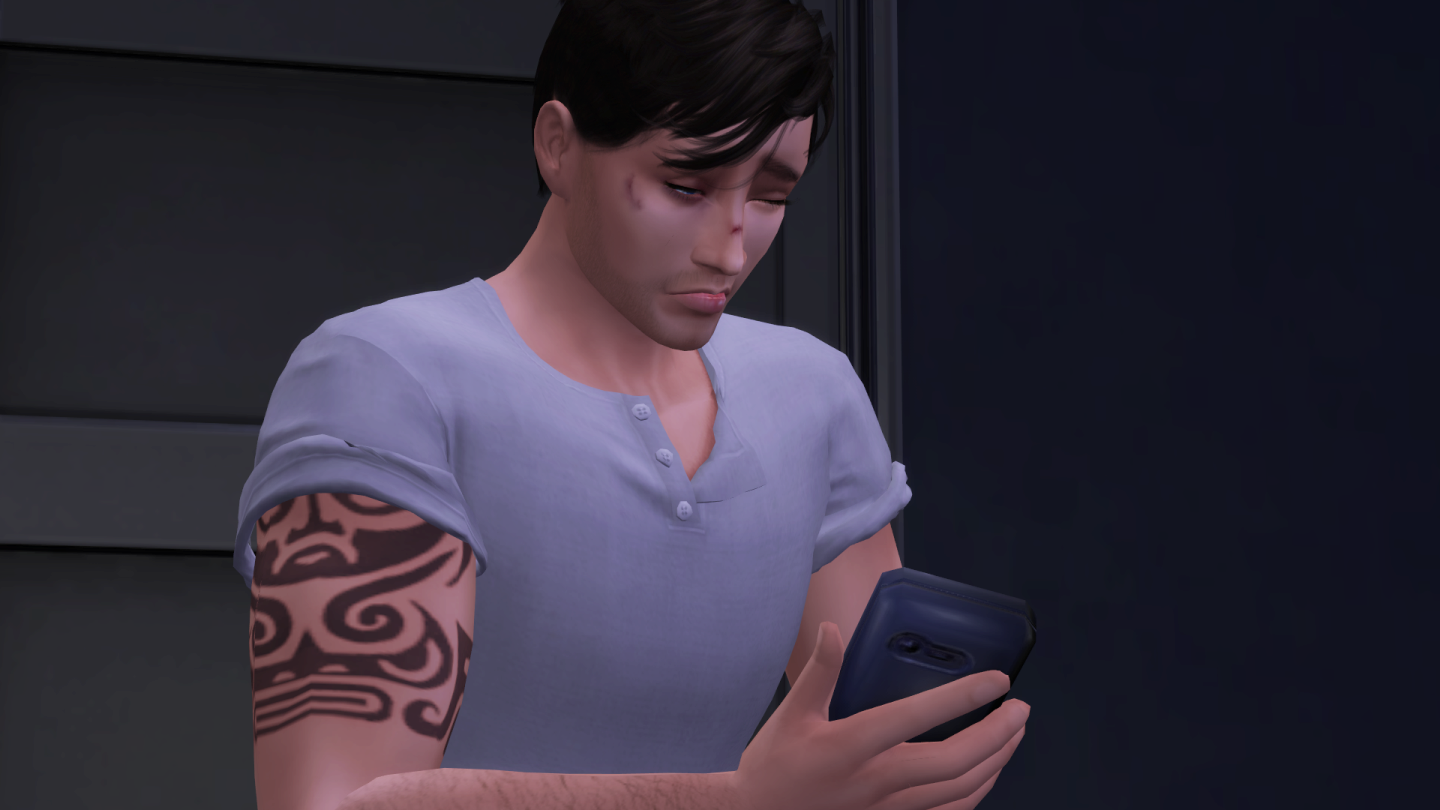 “I’m fine,” protested Ryan and handed Reagan her phone while he clutched his sore ribs. It had 15 missed calls from him. Ryan had been panicked when he arrived because she hadn’t answered, which was part of the reason he lost his shit so quick. Plus … Archer.  That asshole alone made his blood boil. He has never been anything but trouble for Reagan.  She was damn lucky he wasn’t dead.  Hell, they both were. 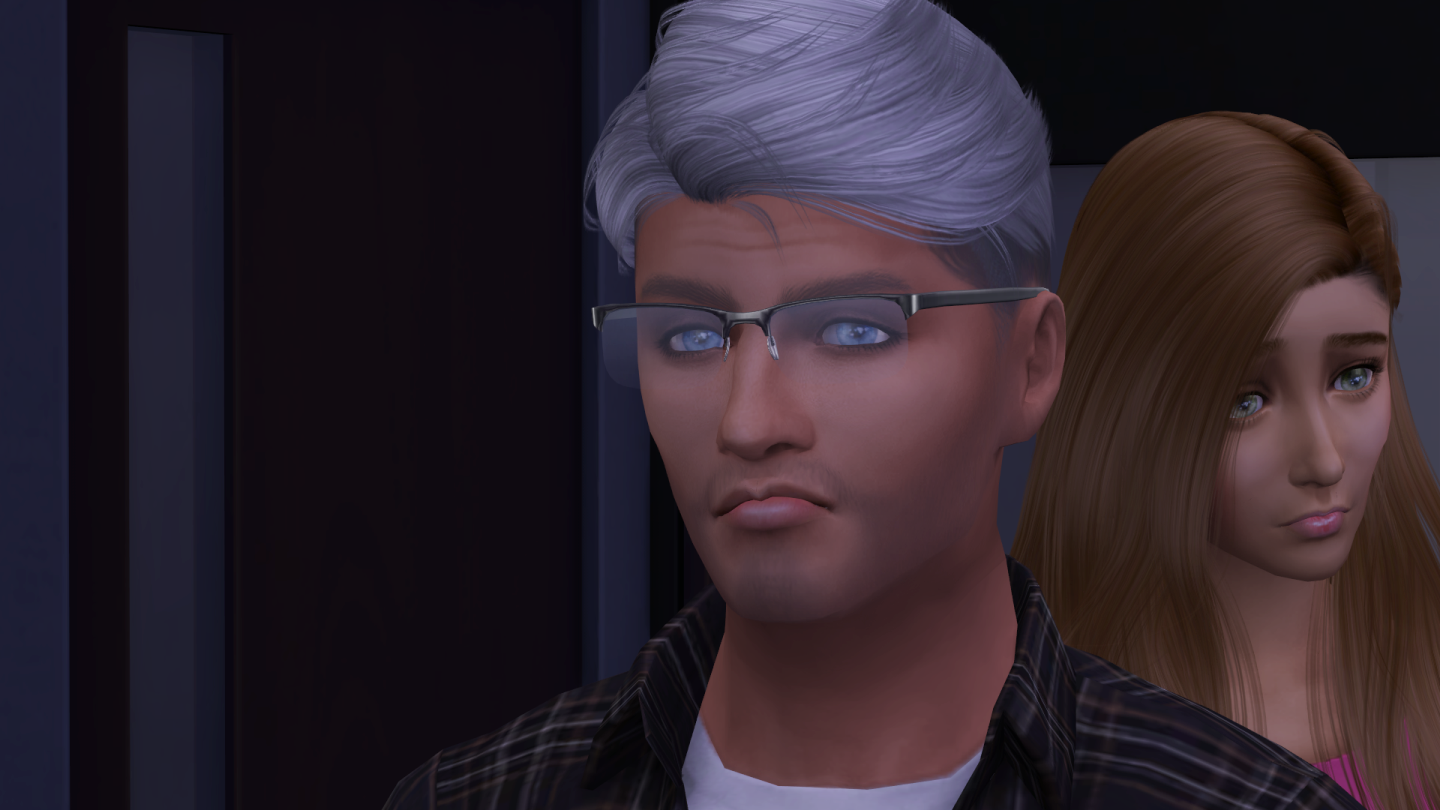 “No Ryan,” said Ben. “Let him check you before you go. I don’t want the wrath of your father coming down on me, or your grandmother,” he said and winked at Sofia.

Sofia grinned affectionately at her husband and hugged Reagan tighter. “Do you have your bag ready sweetheart?” she asked.

“I’ll get it,” said Ben. “You two go ahead and get in the car. Archer and I have some unfinished business to deal with.” 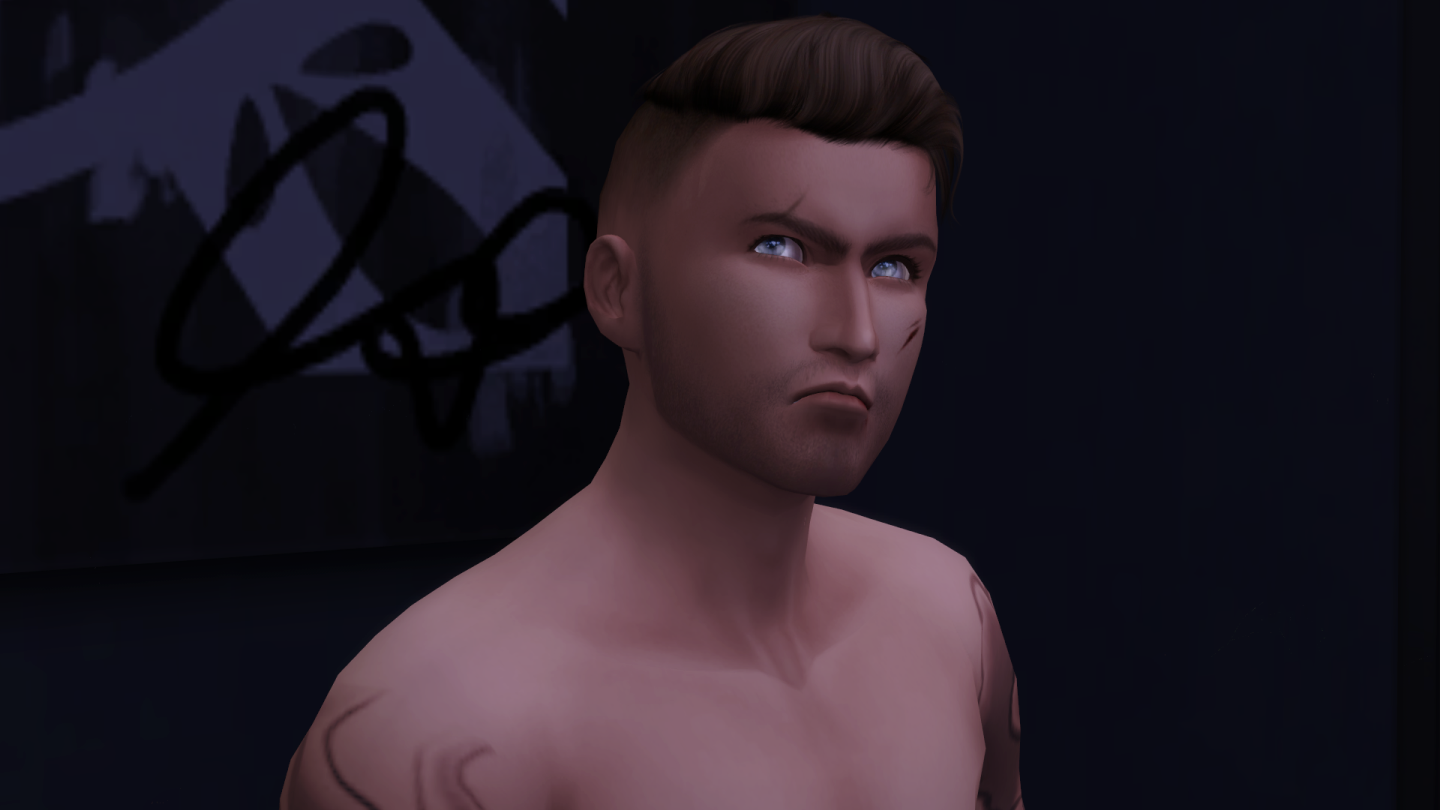 Archer glared a Ben before speaking.  “Reagan,” he said defiantly, “Baby I’m sorry. I just wanted you to stay so I could take care of you. I love you and would never hurt you. You have to believe that.” 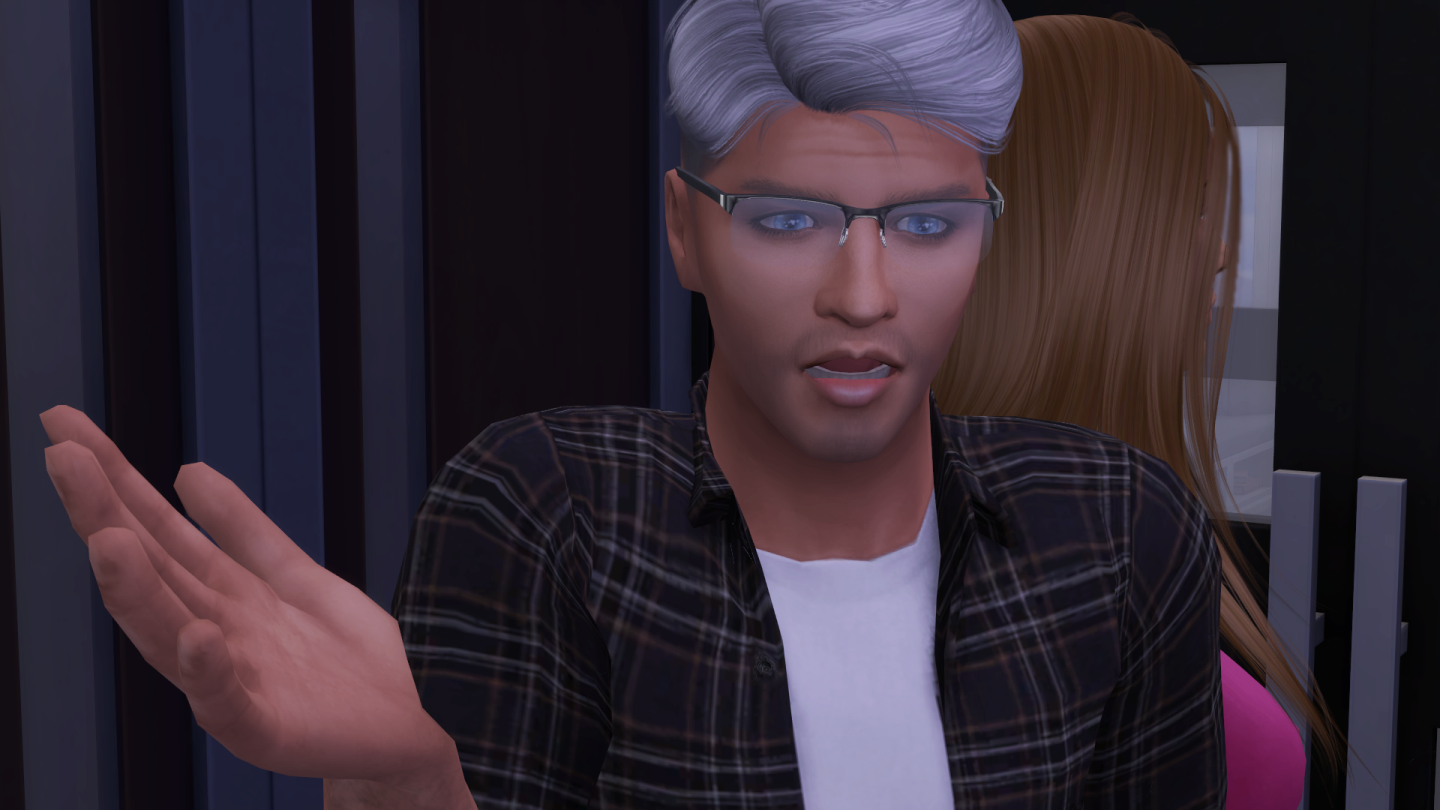 “I said no fucking talking to her!” shouted Ben, “All I have to do is make one phone call … so don’t test me.” 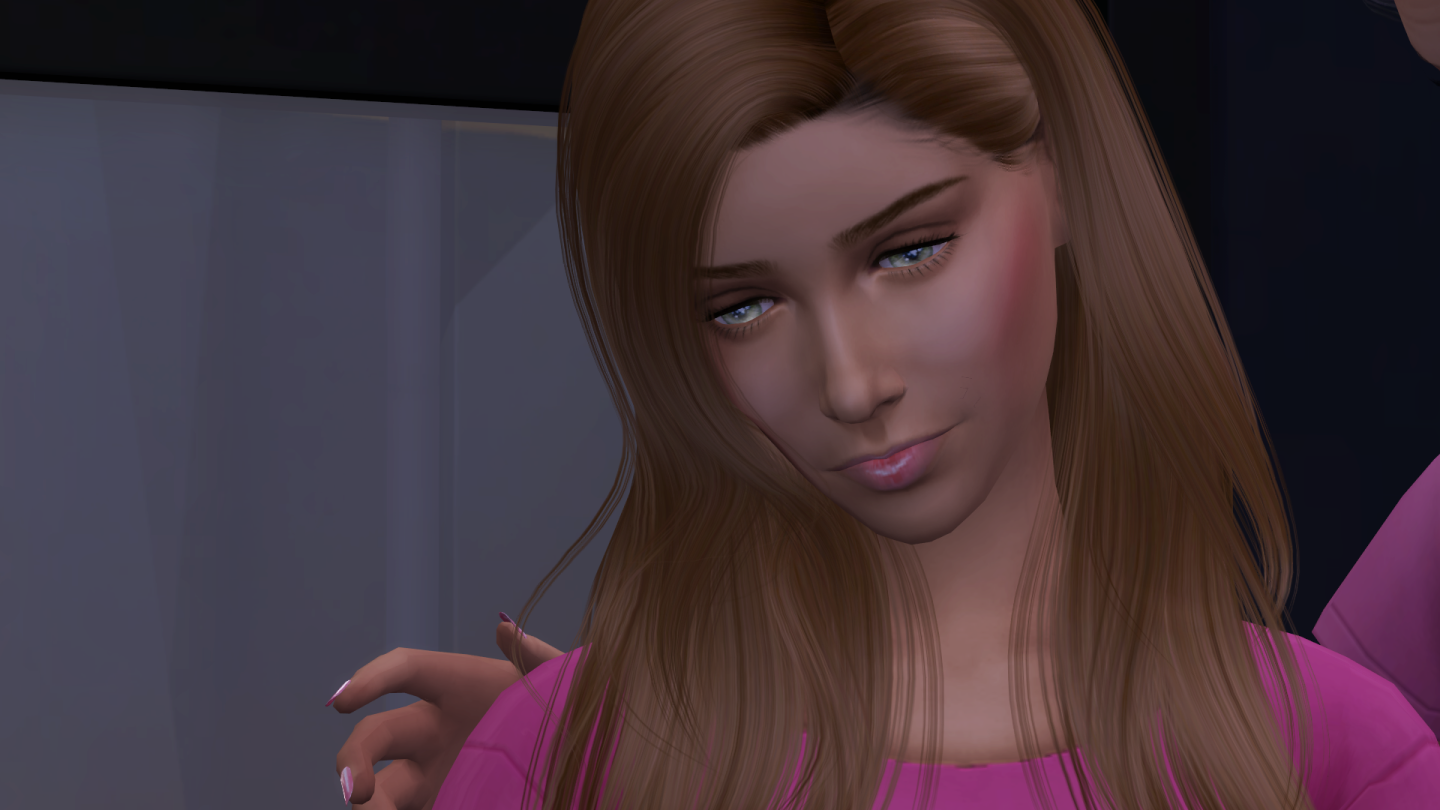 Ryan watched as his sister walked over to the asshole sitting on the floor. “It’s okay Grandpa,” she said softly while looking at Archer sitting there fuming, “I’m sorry too. But I can’t stay. I have to sort everything out and I can’t do that here, not anymore.”  Then she turned to Ryan. “Thank you Ryan.  Tell Rosa I’m sorry for bringing you into this.” 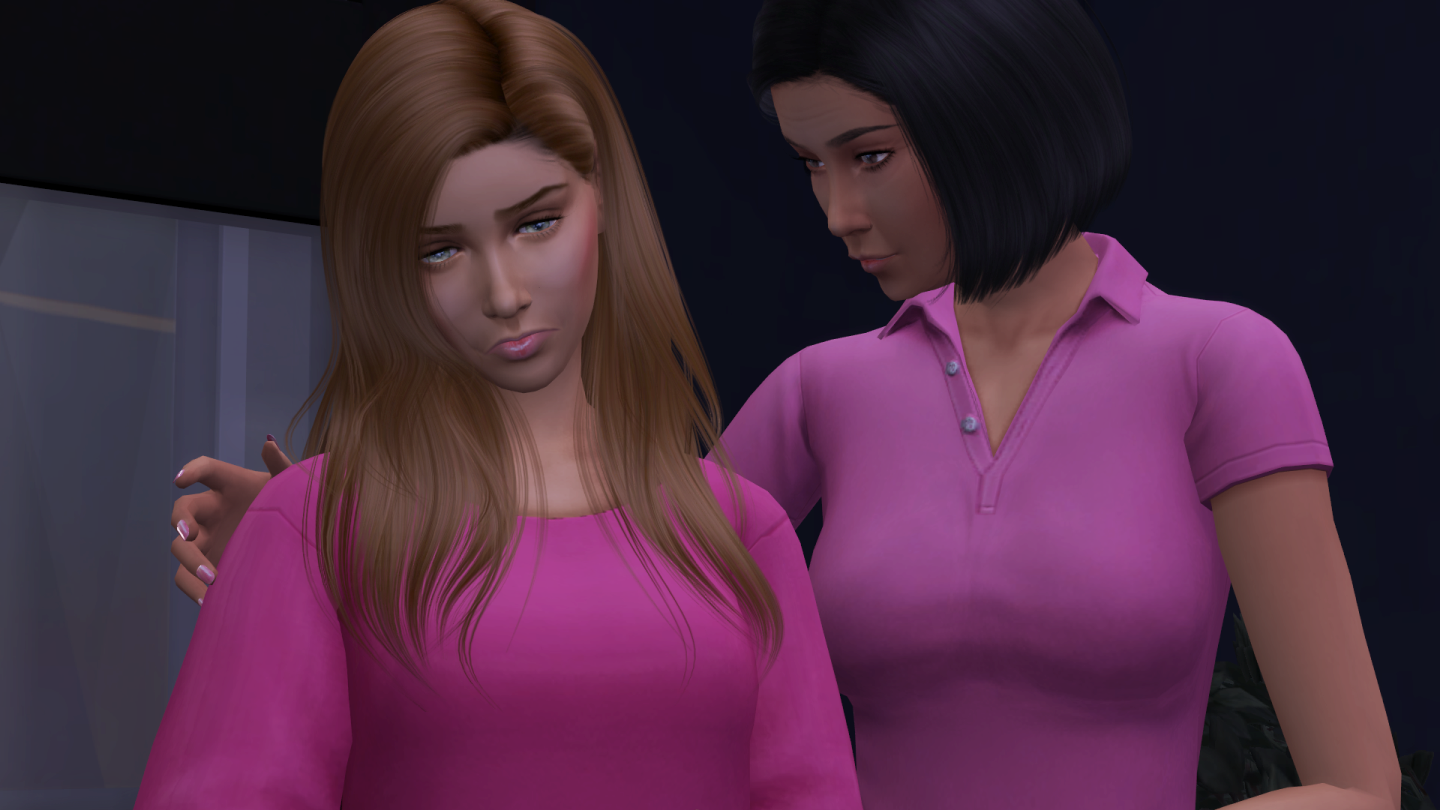 “Come on sweetie,” said Sofia and gently guided Reagan towards the door, “We need to get you home.”